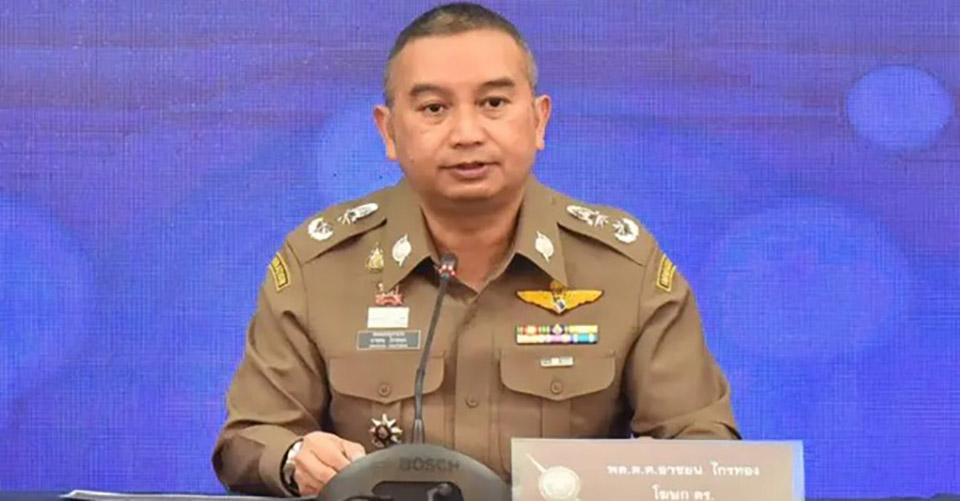 The Royal Thai Police would join force with the agencies concerned to inspect and enforce the restrictions on foreigner-owned businesses in Thailand, according to the spokesperson of the Royal Thai Police, Police Major General Archayon Kraithong.

Pol Gen Archayon Kraithong said there are groups of Chinese people who are investing in Thailand via Thai nominees or Chinese nationals who held only tourist visas and ran various businesses including shops and eateries in in Yaowarat area, aka Bangkok’s Chinatown which hurting the businesses of local operators.

He said the payment format would use Chinese to Chinese system and the end of the transaction is unknown as the money can go back to China not in Thailand. They can also avoid tax in Thailand, he said.

He said the Immigration Bureau, Tourist Police, Special Branch Bureau and local police would work with agencies concerned including Labour Ministry, Commerce Ministry and etc to take legal action against foreign businessmen who uses Thais as their nominees.

Thosapone Dansuputra, director-general of Business Development Department said earlier that his department has cooperated with the Labour Ministry in checking businesses which have foreigners as partners or shareholders, to find out if the businesses were properly registered.

According to Thosapone, foreigners who want to open a food shop must get a permission from the Business Development Department. Thai people who co-invest with foreign partners in such business have to prove that they were not acting as a nominee. (TNA)