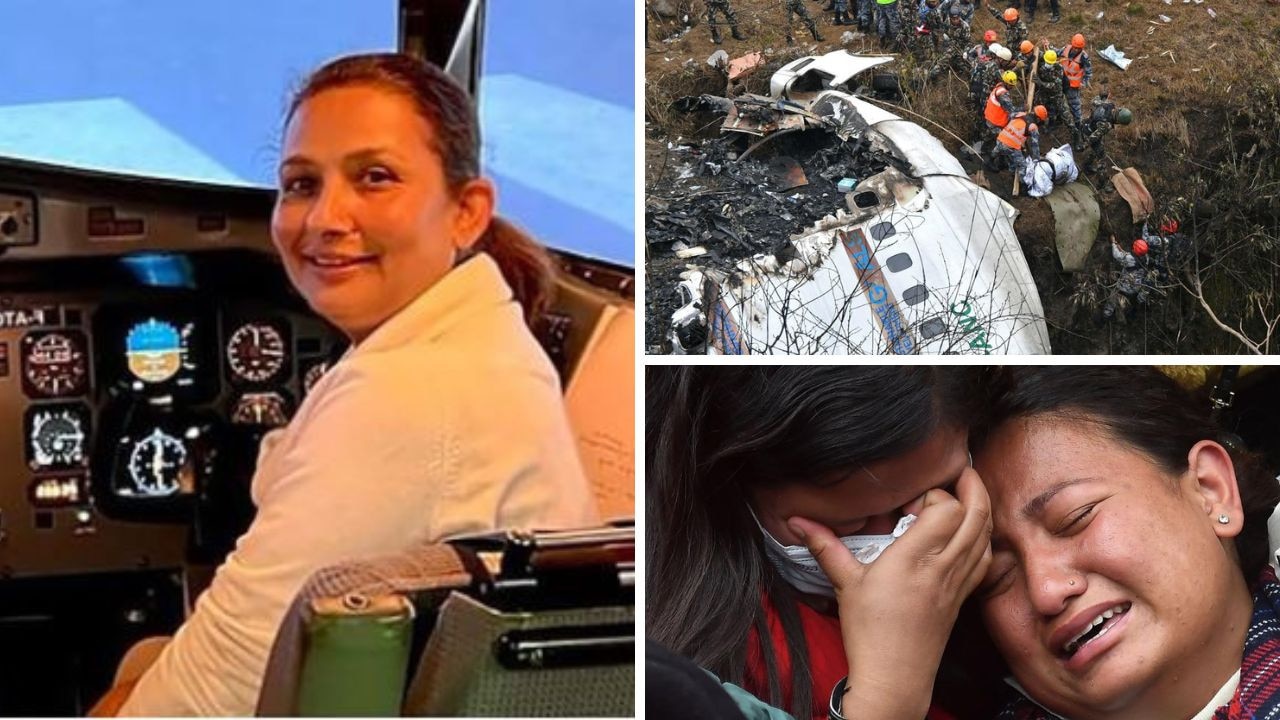 The co-pilot of the doomed Yeti Airlines flight that crashed in Nepal on Sunday killing all on board had lost her pilot husband in a similar crash in 2006.

Anju Khatiwada, 44, had worked for the airline since 2010, and was flying from Kathmandu alongside captain Kamal KC when the twin-engine ATR-72 aircraft appeared to stall in mid-air before crashing.

The flight had been attempting to land in the tourist city of Pokhara, with 72 people on board.

According to airline spokesman Sudarshan Bartaula, in a tragic twist, Ms Khatiwada received her pilot training “with the money she got from the insurance after her husband’s death”.

Want to stream your news? Flash lets you stream 25+ news channels in 1 place. New to Flash? Try 1 month free. Offer available for a limited time only >

Mr Bartaula told CNN she was “a brave woman with all the courage and determination,” and that she had more than 6400 hours of flying time before Sunday’s disaster.

She also had previous experience flying the route from Kathmandu to Pokhara.

So far, the bodies of at least 69 passengers have been identified, with the remaining three presumed dead after authorities confirmed there was now “nil” chance of finding survivors.

Among those feared dead is much-loved Sydney teacher Myron William Love, who was among 15 foreign nationals aboard.

The family of Mr Love – a keen traveller with an interest in surfing, cycling and photography – are yet to speak publicly, but tributes have already been flowing for the much-loved 29-year-old.

Meanwhile, the flight’s black boxes have been recovered from the wreckage, with the cockpit voice recorder and flight data recorder found by those on the scene.

Experts hope those two items could provide crucial clues regarding what caused the nation’s worst plane crash in three decades, with the recorders now set to be sent away for further analysis.

However, leading aviation expert Professor Ron Bartsch has weighed in on the possible cause, telling Nine’s Today on Monday morning that an aerodynamic stall may have been behind the tragic incident.

He said an optical illusion when travelling over the ground may have caused the pilot to believe they were travelling through the air faster than they actually were, resulting in the plane stalling.

“Aircraft require air to fly in and the air is more rarefied at about 800 meters elevation there,” the professor explained.

Difficult terrain such as very strong winds and a high altitude also makes it a tough area to fly in, Professor Bartsch added.

“Also the runways are very, very challenging. Some of the most challenging in the world,” he said.

He said it was possible a pilot error could have contributed to the crash, adding the investigation would look at whether there had been “proper training”.

As the world reels from the tragedy, attention is now turning to Nepal’s woeful aviation record.

While the latest crash was the deadliest in Nepal since 1992, almost 350 people have lost their lives in plane or helicopter accidents in the nation since 2000.

“Nepal, situated between India and China, is home to eight of the world’s 14 highest mountains, including Mount Everest or Sagarmāthā. For flight operations, it’s an almost unrivalled, harsh environment with sudden weather changes that can make for hazardous conditions.

“Airports built in mountainous regions often need to have shorter runways that can only accommodate turboprop-powered regional aircraft, rather than large jet airliners that can access larger cities in Nepal.

“As a result, aviation carriers in Nepal have a variety of aircraft on their fleets. These craft vary in condition, presenting potential safety hazards.”