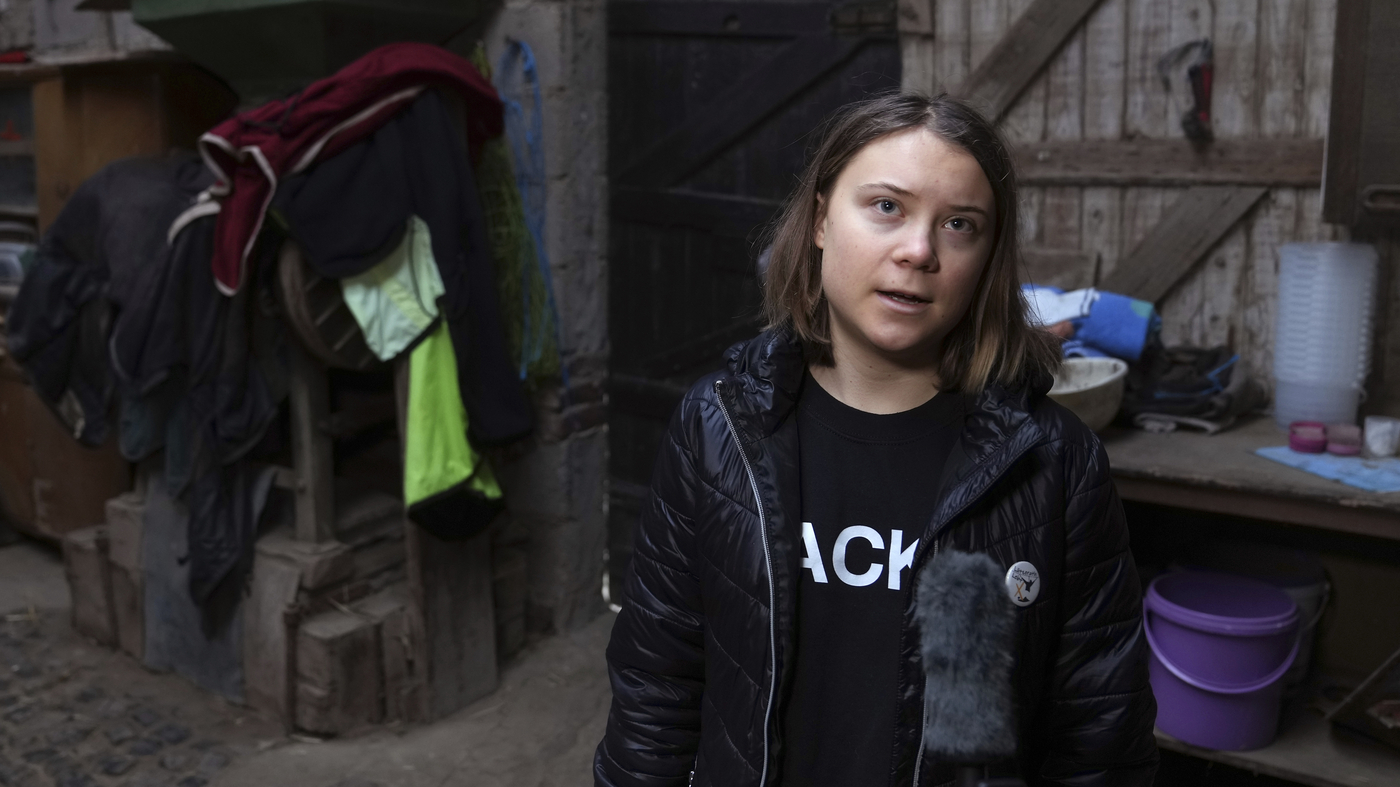 Swedish climate activist Greta Thunberg was detained by German police at a protest over the expansion of a coal mine. Michael Probst/AP hide caption

Swedish climate activist Greta Thunberg was detained by German police at a protest over the expansion of a coal mine.

Swedish climate activist Greta Thunberg was briefly detained Tuesday by police at a protest over the controversial expansion of a western Germany coal mine that has become a flashpoint for that country’s climate debate.

Protests at Lützerath, a tiny village slated to be cleared and demolished to make way for the nearby Garzweiler coal mine, have grown massive and contentious over the past week. At least 15,000 people demonstrated on Saturday.

That included Thunberg, 20, who has been among the world’s most prominent climate protesters since she addressed the 2018 United Nations Climate Change Conference as a teenager.

Thunberg had traveled to Germany this week to join the Lützerath demonstrations. On Tuesday, she was among a group of protesters carried away by police after they approached the edge of the mine, the German news agency dpa reported. She was released shortly after, according to Reuters.

The Garzweiler mine is one of three massive open-pit coal mines in the German state of North Rhine-Westphalia. The type of coal produced at the mines, lignite, is responsible for about 20% of Germany’s carbon emissions.

The three mines have been expanding for decades. Over the years, about 50 villages in the region, many of them centuries old, have been evicted and bulldozed to make way for the mines.

Lützerath, about 15 miles from Germany’s western border, has been the focal point of the protests since a court approved its destruction about a decade ago.

The hamlet was once home to about 100 residents, all of whom have been relocated since 2017, according to RWE, the company that operates the mine. Since then, protesters have squatted in the empty buildings.

A court ruling last week cleared the way for the squatters to be evicted and the hamlet destroyed. The demonstrations have since grown in size and contentiousness, with clashes between police and protesters in recent days.

Climate activists say expanding the mine will lead to more greenhouse gas emissions, which could cause Germany to miss its climate targets under the Paris Agreement.

Energy has been perhaps the hottest political issue in Germany over the past two years. The country has traditionally relied on fossil fuels, but in 2019 committed to dramatically scaling back greenhouse gas emissions by 2030. Then, the timeline was sped up in 2021, when the country’s high court ruled that the government must do even more to cut back on emissions.

But after Russia invaded Ukraine in early 2022 – and subsequently cut off natural gas deliveries to Europe – Germany turned again to coal power. At least 20 coal-fired power plants across the country were resurrected or extended past their original closing dates in an effort to keep the lights on through this winter.

Germany missed its climate targets in 2022, and officials have warned that it will likely miss 2023 targets, too.

In October, RWE and the German government announced a deal to shut down the company’s coal operations sooner than planned in exchange for moving ahead with the demolition of Lützerath.

The deal called for RWE to close its coal mines in 2030, eight years earlier than originally planned. That plan would spare five other villages and three farmsteads once slated for demolition.

But the destruction of Lützerath, located so close to the mine’s current edge, was still “needed to make optimal use” of coal until then, RWE said.

All of that has incensed climate activists, who have staged near-daily protests in recent months, including demonstrations blocking major city streets and the runways at airports in Munich and Berlin.

“The company regrets that the planned demolition process can only take place under substantial police protection and that opponents of the opencast mine are calling for illegal disruptions and also criminal acts,” RWE said in a statement last week.