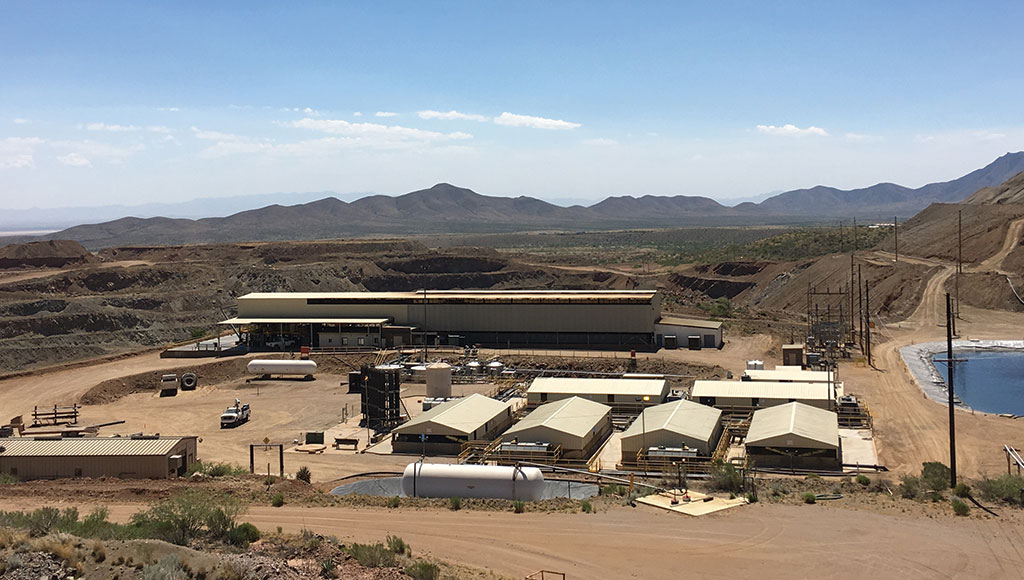 Excelsior said it believes Nuton’s proprietary technologies offer the potential to produce additional copper in a cost-effective manner and have significant environmental benefits by reducing waste from new and ongoing operations.

The first stage of the collaboration involves Nuton completing test work on materials collected from the company’s Johnson Camp mine project to confirm that suitable conditions exist to deploy the heap leaching technologies.

Assuming this test work is successful, the parties would then work toward negotiating commercial terms for a full-scale deployment of the Nuton technologies at the Johnson Camp mine.

The Johnson Camp mine has historically been a heap leach operation since the 1970s. It includes two open pits, a two-stage crushing-agglomerating circuit, and a fully functioning solvent extraction-electrowinning (SX-EW) plant capable of producing 25 million lb. of copper cathode per year.

Excelsior is currently exploring re-opening the Burro and Copper Chief pits — previously mined in 2010 by Nord Resources — to produce run-of-mine material that can be placed on a new leach pad as a means of extracting copper from the remaining mineral resources within the two pits.

The company also owns and operates the Gunnison copper project in Arizona, a low-cost, environmentally friendly in-situ recovery copper extraction project that is permitted to produce 125 million lb. of copper cathode per year.