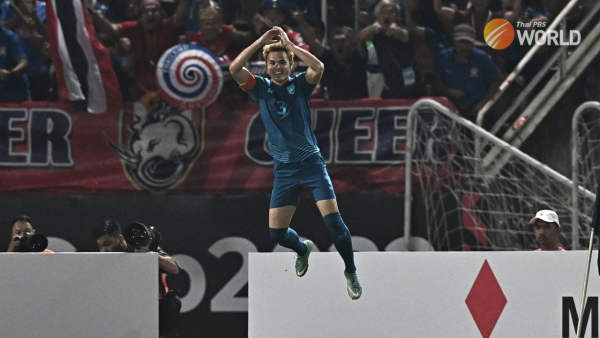 Thailand successfully defended their Asean Championship title after a 1-0 victory over Vietnam in the second leg of the final on Monday gave Mano Polking’s side a 3-2 aggregate triumph against their Southeast Asian rivals.

Captain Theerathon Bunmathan scored with a stunning 24th minute strike from distance to earn Thailand the spoils in front of their own fans at Thammasat Stadium in Pathum Thani and deliver a record extending seventh regional crown.

Thailand won the biennial title last year in Singapore, beating Indonesia over two legs in the final after the competition was delayed by 12 months due to the COVID-19 pandemic.

With the away goals rule in operation, Polking’s team went into the second leg with a narrow advantage after a 2-2 draw in Hanoi on Friday.

Vietnam were hoping to give coach Park Hang-seo a winning send off with the South Korean announcing he would end his five-and-a-half year stint in charge at the end of the tournament.

But the Golden Star Warriors struggled to make an impression in the opening exchanges against a well-drilled Thai side and it was fitting that Theerathon should put his team in front.

The Buriram United midfielder has been one of Thailand‘s stand-out performers throughout the tournament and capped another fine display with the winning goal.

The 32-year-old started and finished the move that saw him receive possession from Adisak Kraisorn some 25 metres out before smashing a right-foot shot into the bottom corner of Dang Van Lam’s goal.

Despite needing to score twice to revive their hopes of a third title, the Vietnamese only threatened occasionally – Pham Tuan Hai going closest with an effort from distance in the second half — as Thailand continued their regional dominance.