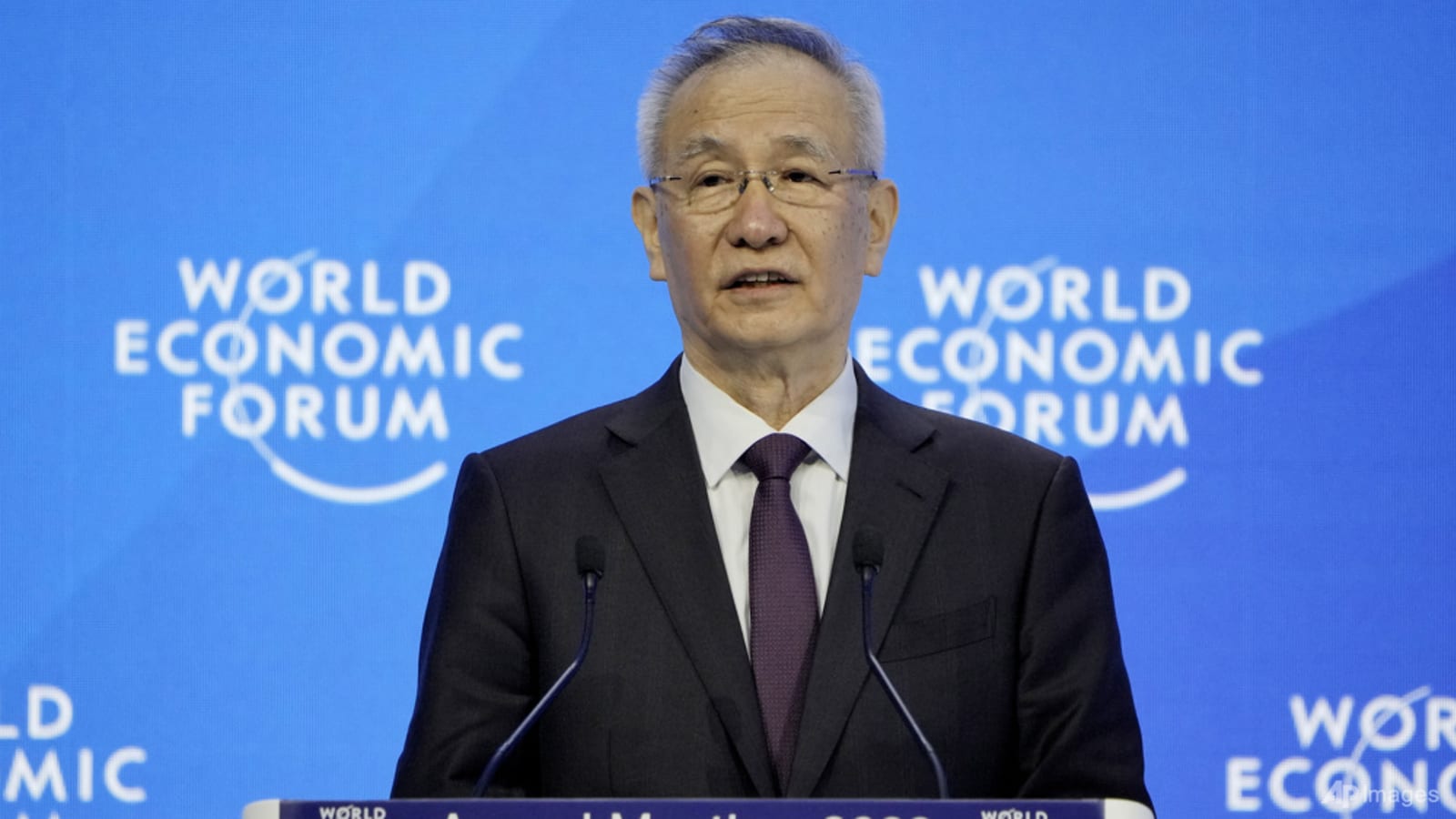 DAVOS, Switzerland: China welcomes foreign investment and will continue to open up to the world, its Vice-Premier Liu He said on Tuesday (Jan 17), in an explicit pitch to global leaders in Davos as Beijing works to revive its slowing economy.

The visit by China’s economic tsar to the World Economic Forum’s (WEF) annual meeting in the Swiss ski resort marks the first trip abroad by a high-level Chinese delegation since Beijing last month abruptly began dropping its “zero-COVID” curbs that shielded its 1.4 billion people from the virus.

But the policy also cut off China from the rest of the world for the past three years, stifling foreign investment.

Liu’s comments mark one of China’s clearest signals that it is keen to re-engage on key issues and attract foreign money as it tries to jump-start an economy that grew just 3 per cent last year, one of its worst showings in 50 years and missing a 5.5 per cent target.

“China will always promote all-round opening up, and improve the level and quality of opening up,” Liu said in a speech that mentioned strengthening international cooperation and maintaining world peace 11 times.

“Foreign investments are welcome in China, and the door to China will only open up further,” he said.

The visit by the high-level Chinese delegation to Davos also contrasted with the conspicuous absence at the event of Russia, a key ally whose invasion of Ukraine China has refused to condemn. It also reflected Beijing’s increased engagement with other countries in recent weeks.

For example, relations between Beijing and Canberra have begun thawing after a change in Australia’s government, paving the way for China to resume imports of Australian coal after a three-year halt.

And in November, Chinese President Xi Jinping and US President Joe Biden met on the Indonesian island of Bali where they agreed to follow-ups including a planned visit to China by Secretary of State Antony Blinken in early 2023.

At Davos, Liu will meet leaders from other countries and members of the business community including CEOs from finance, tech, consumer and industrial companies, a Chinese official familiar with the matter told Reuters.

He also said during his speech he had met many old friends, having last attended Davos in 2018. Former US Treasury Secretary Lawrence Summers told Reuters he spoke with Liu on Monday for more than an hour, without giving further details.

On Wednesday, he will meet US Treasury Secretary Janet Yellen in Zurich, their first in-person meeting though they have met virtually three times since she took office.

China’s relations with many major countries including the United States have grown tenser over the years of the COVID-19 pandemic, with Beijing and Washington, in particular, sparring on issues from technology to Taiwan.

In addition to zero-COVID, the Chinese economy has been squeezed by a crisis in its vast property sector and a wide-ranging regulatory crackdown on sectors from technology to education, which have in turn affected foreign investment sentiment towards China.

Liu in his speech referred to efforts by Chinese authorities to resolve a liquidity crunch that has plagued the real estate sector since mid-2020 and said the country would continue to promote entrepreneurship and support the private sector, echoing recent signals from top Chinese officials that they would ease the crackdown.

Beijing was confident that China’s economy will likely return to its normal growth trend in 2023, and is expecting to see more imports, corporate investment and consumption, he added.

He also called for more international cooperation, saying in particular that more attention should be paid to the negative spillover effect of major countries’ rate hikes on emerging markets and developing countries, without naming names.

Asked about China’s current COVID-19 situation by WEF founder Klaus Schwab, Liu said that it was now steady and described the speed at which people were recovering as a surprise.

After lifting curbs, China has been hit by a massive wave of COVID-19 cases that have emptied pharmacies, overwhelmed hospitals in many parts of the country and prompted some countries to impose entry restrictions on travellers from China.