15 Indian Cities And Their Famous Dishes: A Guide For The Foodie Traveling Across India 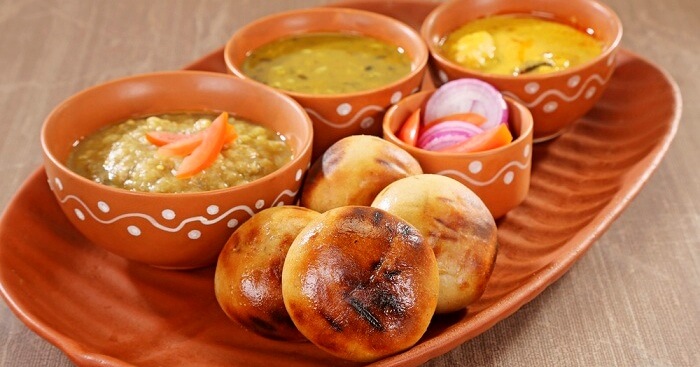 The diversity of India is reflected in its food and these 15 Indian cities and their famous dishes are a proof of that. So if you’re a foodie and traveling across the country, don’t worry for we have covered all corners and brought out the best dishes from each one. 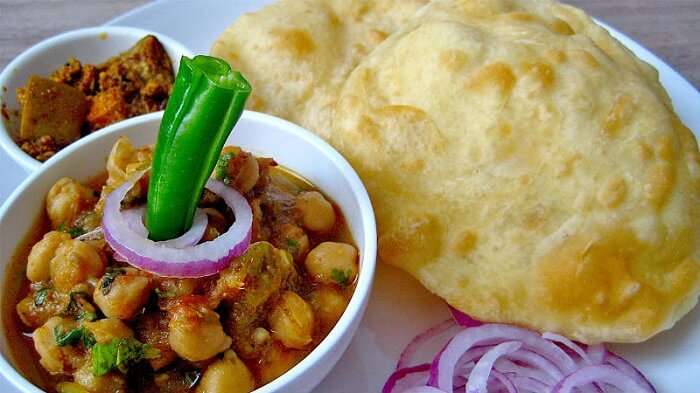 Suggested Read: Best Places To Eat In Delhi: If You’re A Foodie, Then This Is Where You Need To Go!

If we talk about states and their famous cuisine, Delhi tops them all. Why? Because Delhi cuisine not only consists of mouth watering chole bhature and street chaat which include golgappa, aloo tikki, and much more but also mughlai delicacies like nahari, a speciality which is best served in Old Delhi. 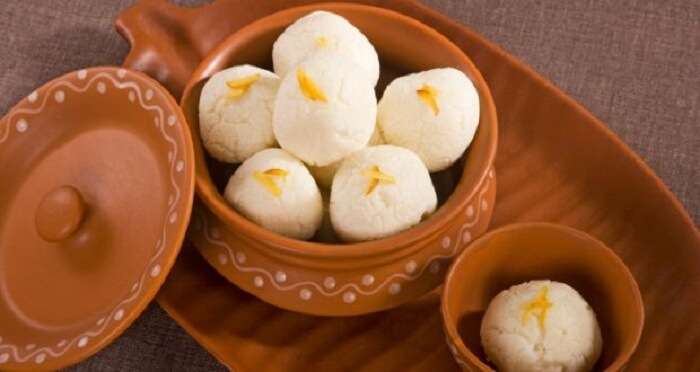 Suggested Read: Best Street Food In Kolkata: 15 Dishes You Must Try In The City Of Joy

Kolkata is synonyms with Rasgulla but did you know, Kolkata cuisine also has numerous other traditional sweets in its menu that are fingerlicking good. 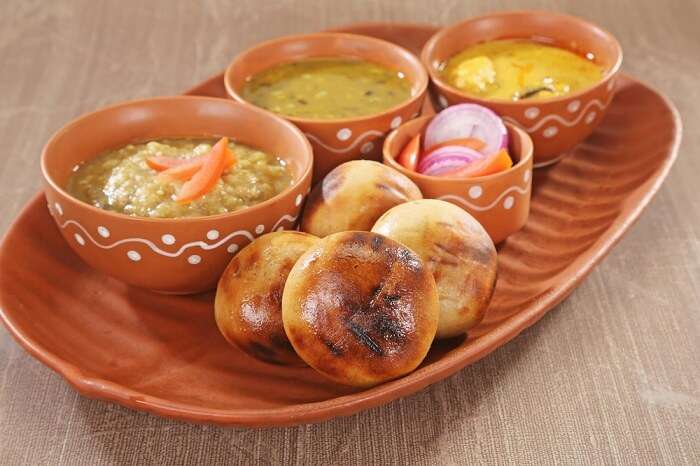 Litti Chokha is one of the most famous delicacies of Bihar and is a type of street food that consists of baked sattu cake stuffed with potato and spicy brinjal. Such is its popularity that it is widely available as street food in other states also. 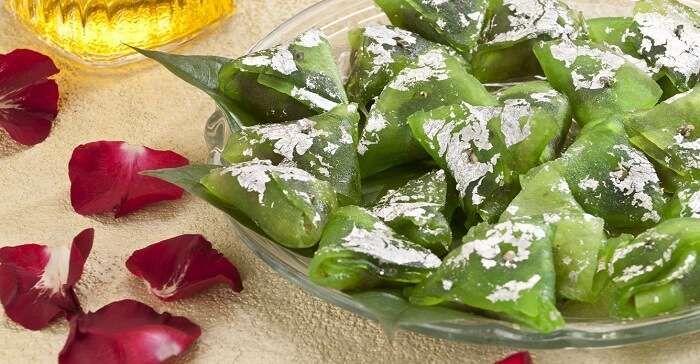 After Taj Mahal, Agra is famous for its iconic Petha, a baked milk sweetmeat. People all over India call it Agra ka Petha which gives us an idea about its popularity. 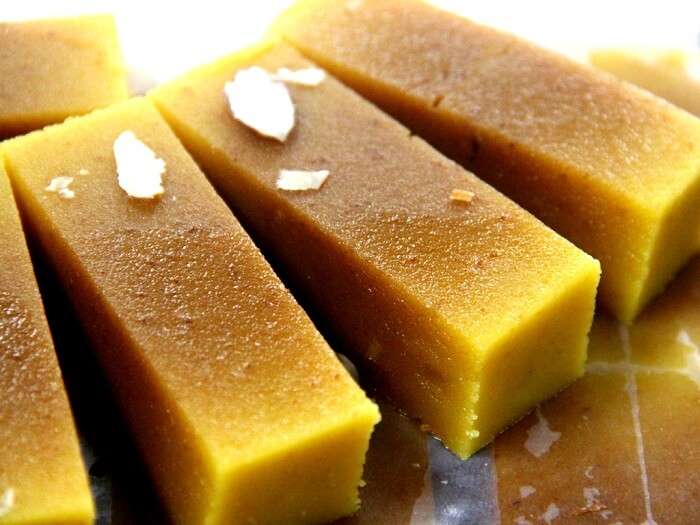 Mysore Pak is the next big thing about Mysore after the Mysore Palace and it is totally worth it. The mouthwatering sweet is made from ghee, sugar, and gram flour and simply melts in the mouth. Drooling much? 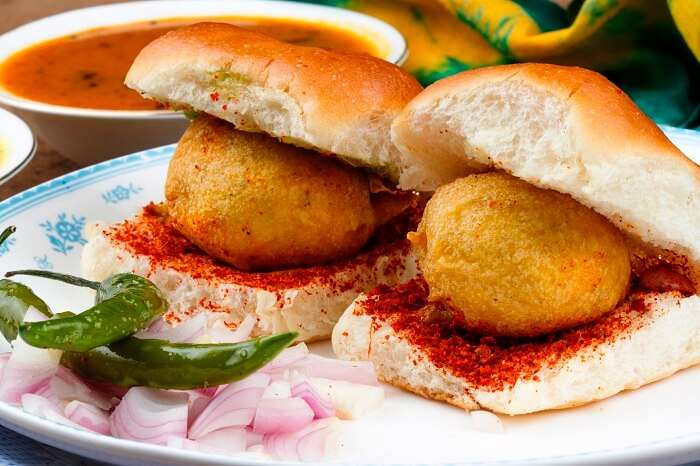 When it comes to Mumbai street food, there cannot be anything more popular than the Vada Pav. A simple dish consisting of a potato cutlet inside a bun with a spicy chutney and yet so iconic. Visiting Mumbai and not eating the Vada Pav is a sin. 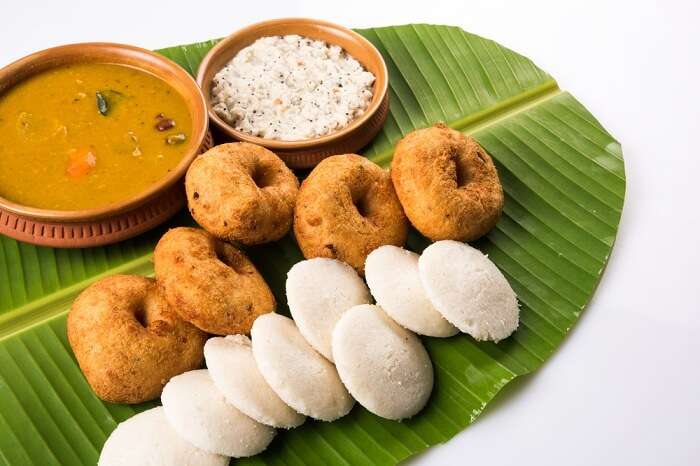 The most important dish in Chennai cuisine is the Idli Sambar. In a way, this dish represents all the cultures of south india where idli, dosa, and vada, and sambar are staple dishes. 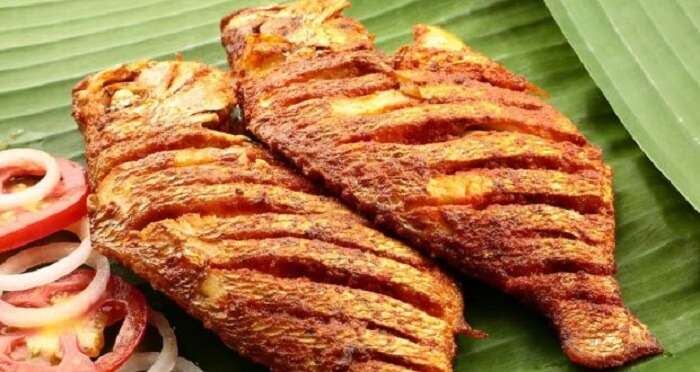 The meen (fish) fry is a delicacy you won’t find anywhere else in the world while the soft Kerala parotta is best enjoyed with the iconic chicken curry. Together, both of these dishes make an amazing combo, something which a foodie would be proud to indulge in. 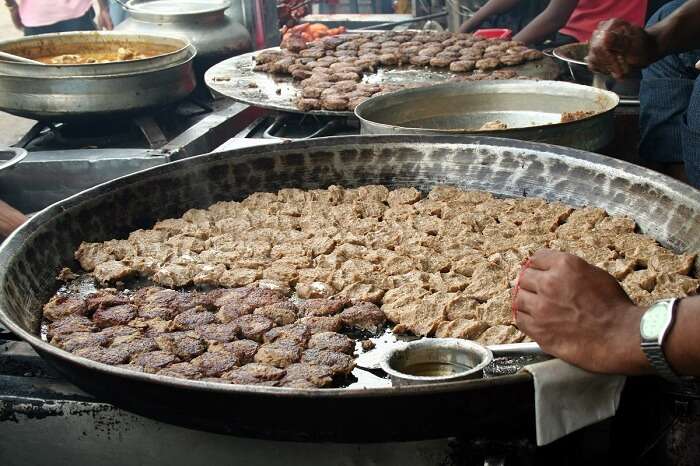 A special kind of galouti kebab made from minced meat, this Kebab is now synonymous with Awadhi cuisine and is said to have more than 160 spices for its mouth melting texture and signature taste.

Ruled by the Nizam for years, the Hyderabadi Dum Biryani is the best of mughlai and awadhi cuisine served in dish. Don’t miss this one when you’re in the city of Nizams. 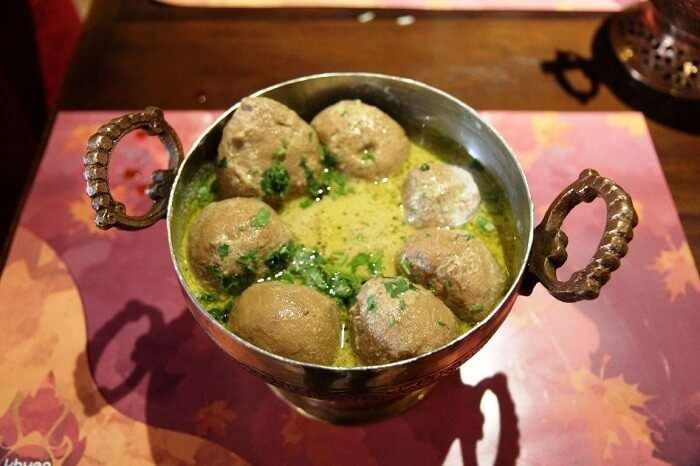 Enjoy the distinct flovour of Kashmir cuisine when indulging in Gustaba which is a meatball curry that is served with sweet Kashmiri pulao. A dish that is as delicious as the beauty of Kashmir. 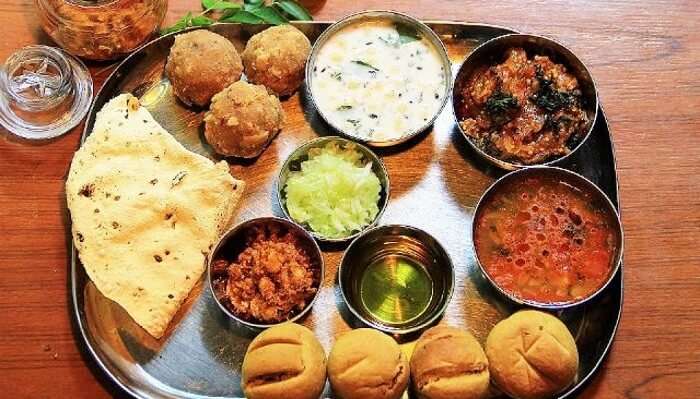 Suggested Read: Savor The Local Food Of Rajasthan With These 15 Iconic Dishes

The spicy Dal Bati Churma is one dish for which Jaipur is known for. Served with oodles of ghee and love by the ever so hospitable people of Rajasthan, this one should be on top of your “things to eat in Jaipur”. 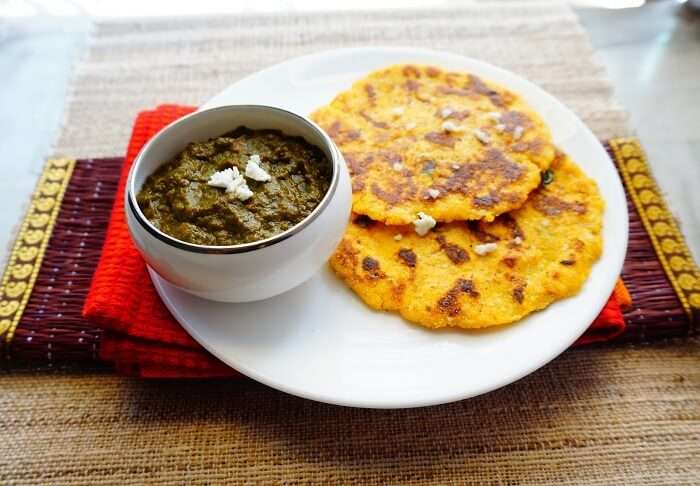 Amritsari cuisine has two main gems when it comes to food. The firs is makki di roti (corn flour breads) and sarson da saag (mustard greens curry) and the second is Amritsari Kulcha and Chole. Together these two dishes can pretty much sum up the food culture of the city. 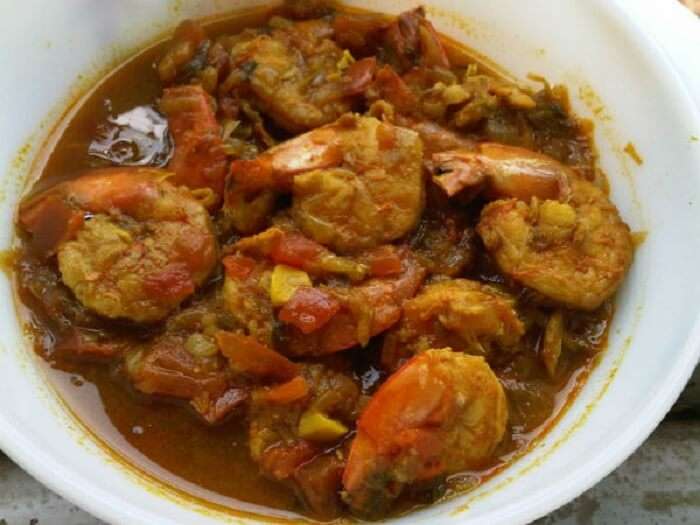 Suggested Read: 15 Best Cafes In Goa That Let You Taste The Food Of Heaven!

Although Goa is a haven for seafood, however there is one dish in Goan cuisine that one cannot miss and that is a special Goan prawn curry known as the Prawn Gassi. 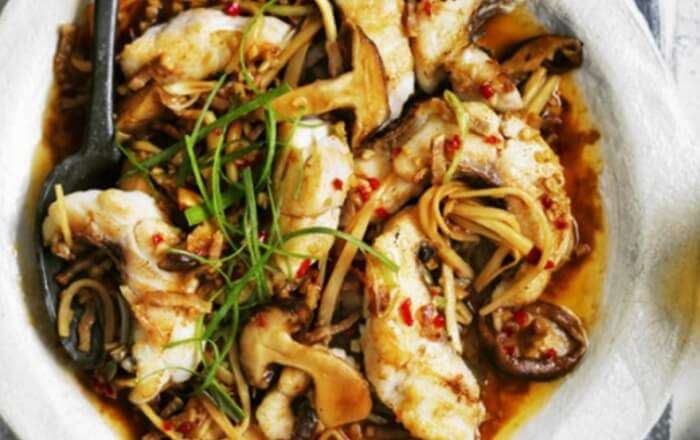 Naga people love the flavour of fish and bamboo shoot and this dish is reminder of that.

Now that you know all the famous Indian cities and their famous dishes, we hope you won’t waste time visiting each one and trying out the best they have on offer. And for that, we wish you luck!

Disclaimer: TravelTriangle claims no credit for images featured on our blog site unless otherwise noted. All visual content is copyrighted to its respectful owners. We try to link back to original sources whenever possible. If you own the rights to any of the images, and do not wish them to appear on TravelTriangle, please contact us and they will be promptly removed. We believe in providing proper attribution to the original author, artist or photographer.

Please Note: Any information published by TravelTriangle in any form of content is not intended to be a substitute for any kind of medical advice, and one must not take any action before consulting a professional medical expert of their own choice.

Frequently Asked Questions About Indian Dishes And Their Famous Dishes

What is the most popular food in India?

There are various types of dishes that are quite famous in India. Some of them are – biryani, butter chicken, samosas, dal makhani, tandoori meat, chaat, and more. The food of different cities of India reflect their unique cultural setup.

What is traditional food of India?

There are various staple foods in India like curry, seafood, meat, pulao, etc. that are also considered to be the traditional food in the country.

How many types of food are in India?

Since there are 29 states and 7 union territories in the nation, there is no doubt about the fact that the types of dishes found in India will be huge in number. Since every state has its own traditional food and unique tastes, the variety is overwhelmingly huge.

What is the famous food of Delhi?

Since the capital city of Delhi has a multicultural setup, the variety of food items found here is quite vast. There are various dishes that are quite popular here, including butter chicken, paranthas, kebabs, biryani, rolls (veg/non-veg), chaat, chhole bhature, pav bhaji, and more.

What is the main food of Haryana?

There are a number of dishes that are admired by the people of Haryana. Some of them are – singri ki sabzi, methi gajjar, hara dhania cholia, and kachri ki sabzi.

What is the famous food of Gujarat?

There are a variety of dishes that can be enjoyed in the Indian state of Gujarat and they are famous for all the right reasons. Some of the food items you must try are – dal and rotli, kadhi and rice, dhokla, etc.

What is the most popular restaurant in India?

You’ll find various restaurants in India that are quite popular amongst the locals as well as tourists. Do visit some of the restaurants like Varq (Delhi), Gajalee (Mumbai), Beach House (Goa), and Dum Pukht (Delhi) to undergo a memorable experience.

What is the traditional food of Maharashtra?

The cuisine of the Indian state of Maharashtra includes a wide variety of dishes that are mild as well as spicy. The traditional food in Maharashtra is generally prepared using rice, wheat, jowar, lentils, bajri, fruits, etc.