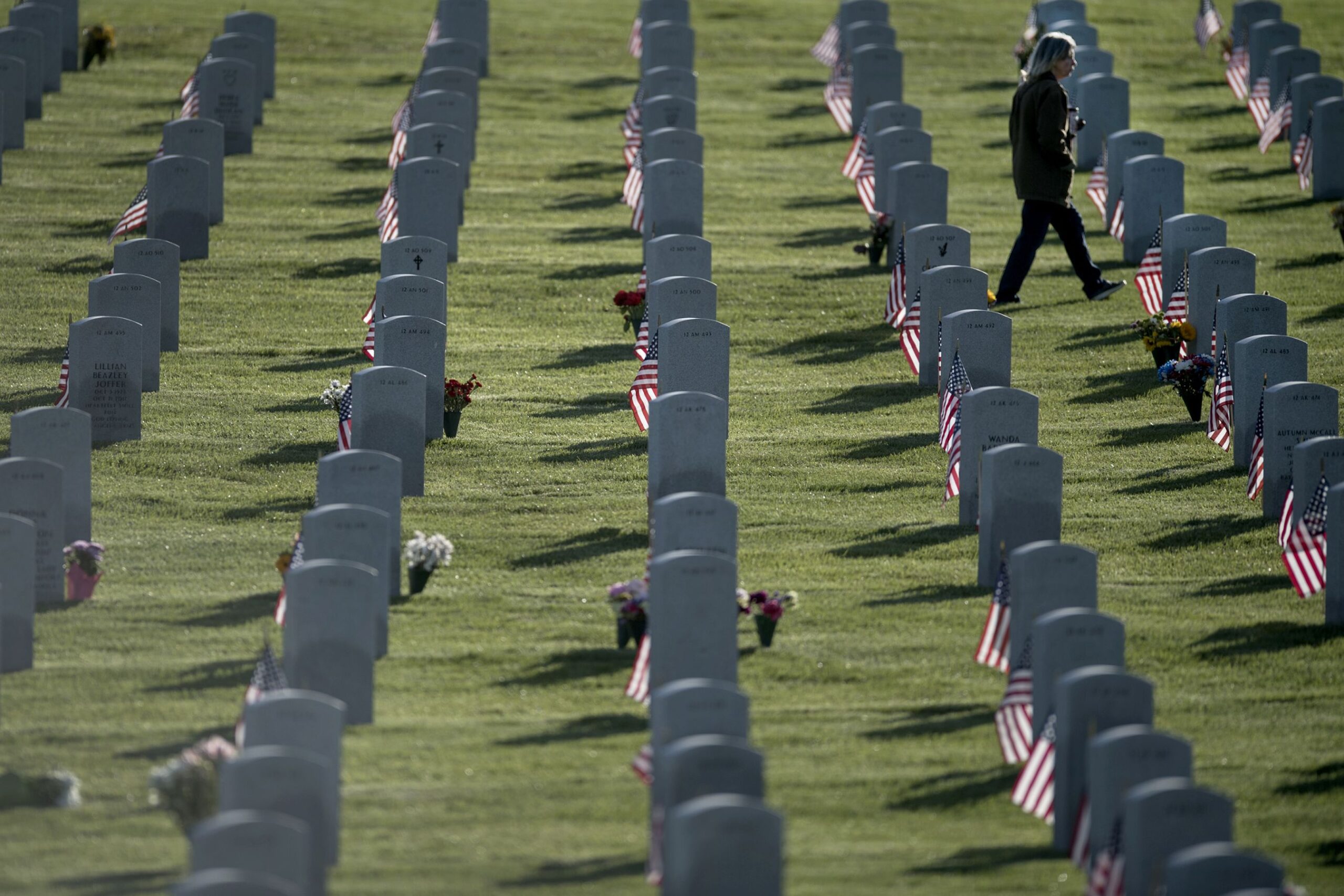 Visitors walk the grounds of the Idaho State Veterans Cemetery in Boise on May 29, 2021. (Thomas Alvarez/Idaho Army National Guard)

Veterans Affairs officials want to remind vets that some department benefits extend not only for the rest of their lives, but also after they pass away.

Only about 20% of veterans who died last year were buried free of charge in department or state-run veterans cemeteries. Less than half of individuals eligible for some type of burial or gravesite financial assistance took advantage of the benefit.

“I want even more veterans and family members to know about and take advantage of the final benefits a veteran earns for their service,” said Matthew Quinn, under secretary for memorial affairs at the National Cemetery Administration, in a press event on Tuesday.

“They have the option to choose VA for their final wishes. And we will take care of them and their loved ones in a manner that mirrors their own dedicated service and devotion to our nation, in perpetuity.”

NCA officials are making the push to highlight VA burial services as the country approaches the 50th anniversary of the agency assuming control of national veterans cemeteries. Today, there are 155 such resting places managed by VA and another 121 funded by the department.

Quinn said several factors play into the lower usage rate for burial services, including “family wishes” that multiple individuals be interred in the same plot. Only spouses and certain other dependents can be buried alongside a veteran in a national cemetery.

But other assistance — such as free headstones for veterans being interred at private cemeteries and free medallions for existing headstones to denote the deceased individual’s veterans status — are often overlooked because family members and funeral homes aren’t familiar with the benefits.

VA provided about 350,000 headstones for veterans graves last year, and another 12,000 medallions.

Quinn said while veterans are under no obligation to use the services, individuals interested should consider applying before any of the services are needed to ensure they have the options ready.

“Applying for eligibility prior to the veteran’s death ensures that necessary service records are in order, so grieving family members do not have to search for military discharge papers while they are already under great stress,” he said.

More information is available on the National Cemetery Administration website.

Málaga announced as Global Headquarters for the Future of Tourism Coalition