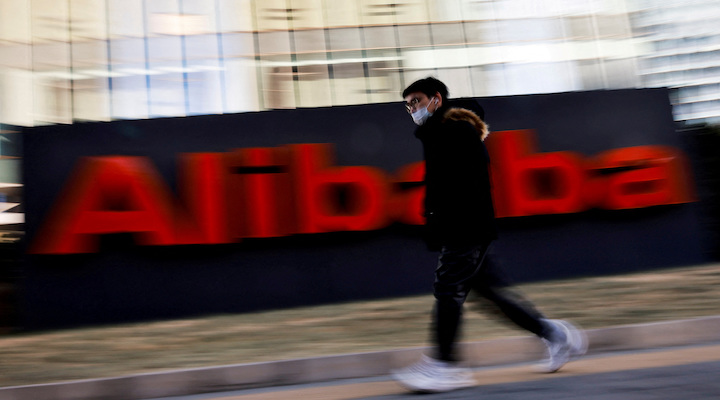 Billionaire investor Ryan Cohen has built a stake in China’s Alibaba Group worth hundreds of millions of dollars and is pushing the e-commerce giant to increase and speed up share buybacks, people familiar with the matter said on Monday.

Cohen, who built his fortune by co-founding online pet retailer Chewy and cemented it with investments in videogame retailer GameStop and Apple, reached out to Alibaba last August to express concerns, the people said.

In his communications, Cohen told Alibaba he thought the company could reach double-digit sales growth and nearly 20 per cent free cashflow growth over the coming five years, according to the sources.

Cohen felt the company’s shares were undervalued at the time, according to the people, who declined to be identified because the investment is private.

Alibaba in November raised the size of its share repurchase program to US$40 billion, increasing it by $15 billion, and said it would extend the time frame for the program through the end of March, 2025.

Cohen has told Alibaba executives that more can be done, suggesting the total buyback program could be raised to $60 billion, the people familiar with his communications said.

Alibaba’s ADRs, traded in the United States, closed at $117.01 on Friday, up 30 per cent since early August and up 27 per cent this year. The price however remains far off its high of more than $300 a share hit during the Covid-19 pandemic.

The people said that Cohen is eager to have a collaborative, long-term relationship with Alibaba and that he has praised management’s capabilities.

The company’s shares began an ongoing tumble in late October 2020, just as authorities in Beijing began a regulatory crackdown on the tech sector. The company lost about a third of its value by November 2022, though in recent weeks shares have recovered amid signs the Chinese government will ease its pressure on internet companies.

Over roughly the same period, Alibaba has steadily escalated its share buyback program. It first announced the scheme at the end of 2020, pledging to buy back $10 billion over a two-year period.

The Chinese e-commerce company could find a blueprint in how Apple has helped its own stock price as it repurchased shares, the people said. Cohen owns a stake in Apple worth roughly $800 million, they said.

As well as cutting the supply of shares available, supporting their prices, buybacks – often recommended by activist investors – can send a signal to the market that executives are confident about how high their companies’ shares might be able to climb.

Canada-born Cohen, 37, has a net worth estimated at $2.5 billion. He made a splash in the investing world two years ago when he joined the board of GameStop, igniting a frenzy in the stock price that turned the video retailer into a so-called ‘meme stock’ backed by retail investors.

He eventually forced out GameStop management and set out to revamp it into an e-commerce company.

GameStop’s shares, which underwent a stock split in 2022, are up 19 per cent this year even though they are off 25 per cent in the last 52 weeks.

Last year Cohen briefly invested in retailer Bed Bath & Beyond Inc and pushed for the company to consider selling its BuyBuy Baby chain or possibly the entire company. He settled with the company and three new directors joined the board.

Much of Cohen’s net worth is tied up in a handful of stocks including Wells Fargo & Co, Citigroup Inc, and Netflix Inc. He also has real estate holdings and cash.

Cohen has said previously that he wants to find more undervalued companies to invest with and identify those that can be managed better and push them to adopt changes.