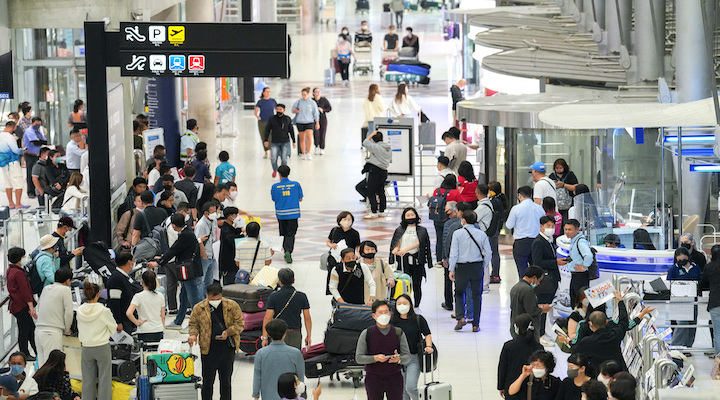 Thailand’s consumer spending over the Lunar New Year period could rise 13.6 per cent to US$1.36 billion, a three-year high, as the economy recovers and China’s border reopening bolsters tourism, a university survey showed on Thursday.

The estimated spending compares with $1.2 billion last year, Thanavath Phonvichai, president of the University of the Thai Chamber of Commerce, told a briefing.

“This Lunar New Year will be the most active in three years,” he said, adding the projected 13.6 per cent spending growth this year would be the highest in 15 years.

“People are ready to spend though some with lower income are cautious,” he added, citing a consumer spending survey conducted by the university.

Lunar New Year celebrations normally signal a jump in spending by many Thais and visitors from China and other parts of Asia.

China’s reopening raises hopes for the return of Chinese visitors, who accounted for nearly a third of Thailand’s 40 million foreign tourist arrivals in pre-pandemic 2019.

The government expects at least five million Chinese tourists this year, with some 300,000 in the first quarter.

Thanavath said businesses are also upbeat about China’s reopening, which would help tourism and jobs in Southeast Asia’s second-largest economy, which he predicted would grow 3.6 per cent this year, after an estimated growth of 3.3 per cent in 2022.

Official gross domestic product data is due next month.