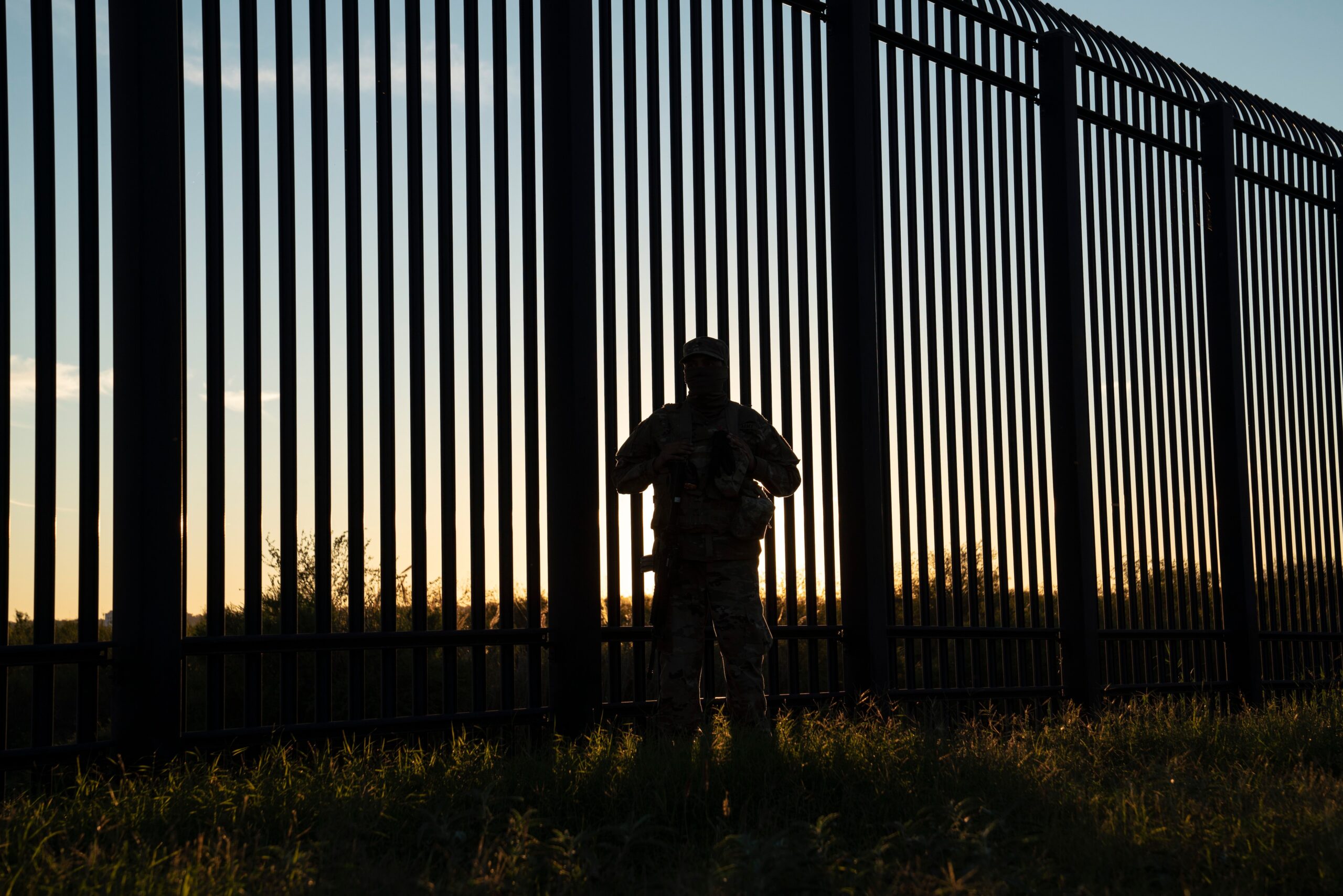 This article was shared as part of an ongoing project between Military Times and the The Texas Tribune, a nonprofit newsroom that informs Texans about state policy and politics. Sign up for The Brief, its daily newsletter.

Editor’s note: This article has been updated with a comment from the Texas Civil Rights Project and U.S. Customs and Border Protection.

It’s the first known incident since the mission began in which a soldier has shot and injured a migrant. The document does not indicate that the migrant had a firearm or any other weapons during the incident. The injury is not life-threatening.

The soldier who fired, Spc. Angel Gallegos, is an infantryman assigned to the border as part of Gov. Greg Abbott’s Operation Lone Star, a multibillion-dollar mission intended to curb the number of migrants entering Texas. Around 5,500 members of the Texas National Guard remain posted along the Rio Grande manning observation posts, building fences and in some cases apprehending migrants for the mission, which began in March 2021.

The migrant was shot in his left shoulder. He was taken to McAllen Medical Center for evaluation and treatment, according to the document.

The Texas Military Department and Abbott’s office did not immediately respond to a request for comment.

Ericka Miller, a spokesperson for the Department of Public Safety said the Texas Rangers are investigating the shooting.

The shooting is the third known incident since the mission began in which a Texas Guard member has intentionally opened fire on duty. In January 2022, a soldier shot at a Chrysler 300, recently seen smuggling migrants, that he believed was accelerating toward a fellow Guardsman. Nobody was harmed in that incident. More recently, a soldier died by suicide with his duty weapon while on patrol in Eagle Pass in October.

The shooting took place around 4:20 a.m. Sunday, after two Guardsmen joined Border Patrol agents and a trained dog who tracked a group of migrants to an abandoned house. The soldiers entered the building where three of the four migrants surrendered, the report said.

No other injuries were reported.

It’s not clear if the soldier intended to fire his weapon. Two troops assigned to the border mission have died in accidental shootings — known as “negligent discharges” in military parlance — since it expanded in the fall of 2021.

Rod Kise, a spokesperson with U.S. Customs and Border Protection in the Rio Grande Valley, said Border Patrol agents, as well as DPS troopers, were present during the shooting Sunday morning. Kise said the Department of Public Safety is the lead agency on the investigation, but CBP’s Office of Professional Responsibility is also reviewing the incident.

“Additional information will be shared as it becomes available,” Kise said.

A Texas Ranger conducted an “initial interview” with the soldier after the shooting. It is unclear if the Rangers will be the lead agency for any potential investigation. The Department of Public Safety, which oversees the investigative Texas Rangers division, works side by side with the Texas Military Department on Operation Lone Star.

Miller said DPS could not provide additional information because the investigation is ongoing.

U.S. Rep. Veronica Escobar, an El Paso Democrat who has been critical of Operation Lone Star, said the border security mission had created the situation that led to the shooting.

“Governor Greg Abbott’s reckless and political decision to place our National Guard service members in situations where they have no specialized training and for which they rarely – if ever – have jurisdiction makes an already challenging situation potentially dangerous,” she said in a statement. “Maintaining this deployment will only lead to similar incidents or even worse — ones which could prove to be fatal. I expect a full, thorough and transparent investigation.”

Erin Thorn, a senior attorney at the Texas Civil Rights Project, said the shooting showed the need for “humane policies at the border.”

“Decades of ‘tough on immigration’ policies have turned border communities into war zones, and have neither solved the issue of immigration nor improved the lives of border residents,” Thorn said in a statement. “We hope the ongoing investigation will point to the answer we’ve known all along — we need comprehensive immigration reform that welcomes people with dignity and respect, not guns and bullets.”