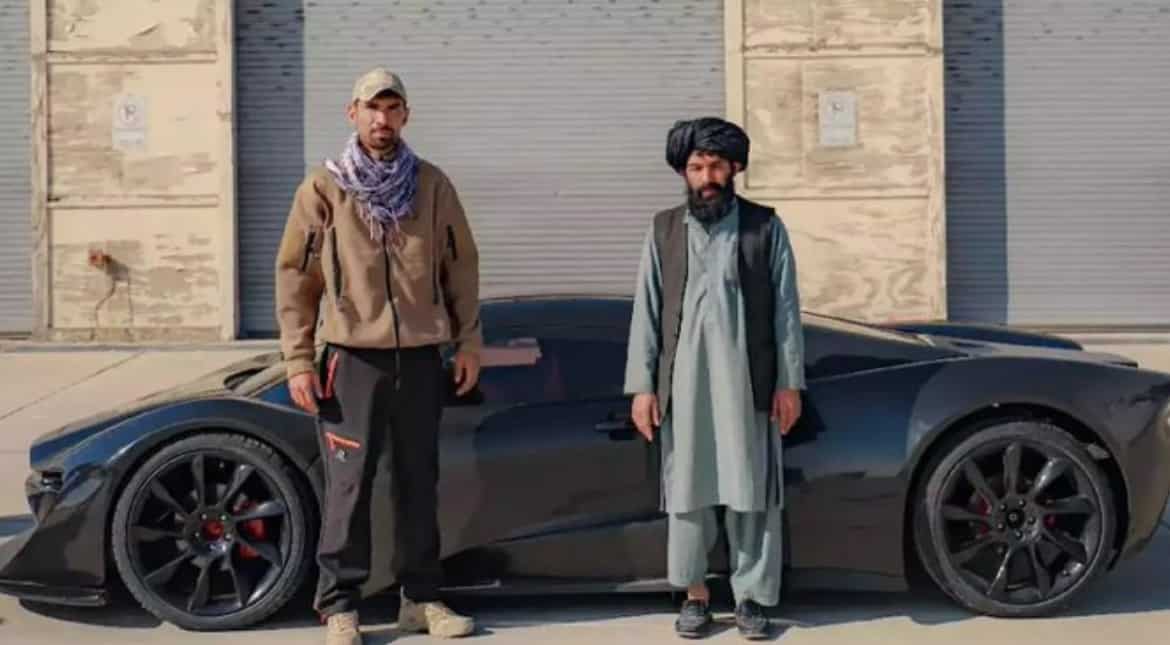 Taliban-ruled Afghanistan’s first supercar named ‘Mada 9’ has been unveiled. According to reports, it took five years to indigenously built the new supercar, which is currently in its prototype stage.

It is said that 30 engineers belonging to Kabul’s Afghanistan Technical Vocational Institute (ATVI) and ENTOP (the car manufacturer) have developed the supercar.

Mada 9, built indigenously in Afghanistan, will be powered by a modified engine of Toyota Corolla, however, the supercar’s performance figures are yet to be revealed.

Taliban’s official spokesperson Zabihullah Mujahid recently posted a video of the supercar on Twitter doing donuts in the snow. He stated that supercar is an honour for Afghanistan, said The Telegraph.

ENTOP further said that, at a later stage, the Mada 9 will be fit with an electric powertrain.

Head of ATVI Ghulam Haidar Shahamat called the engine “powerful enough” to let the driver increase the car’s speed. “The main purpose is to install an electric engine in it,” he said.

As per media reports, Taliban’s Higher Education Minister Abdul Baqi Haqqani unveiled the supercar at the the ENTOP headquarters.

After the car was unveiled, Haqqani said that supercar will help in proving the commitment of Taliban regime in providing “religion & modern sciences for its people”.

Further adding, ENTOP CEO Mohammad Riza Ahmadi said that the supercar will improve  Afghanistan’s image on the global platform while further “conveying the value of knowledge to its people”.

Initially, the car will be sold in Afghanistan and one day, the company will start selling the car internationally as well. The supercar’s exact date of launch, however, has not been revealed yet.