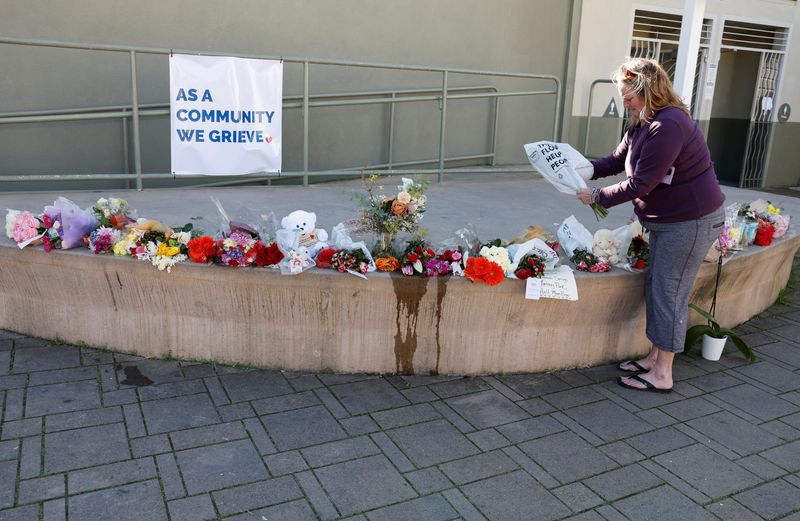 HALF MOON BAY, Calif. (Reuters) – A California farm worker was charged on Wednesday with seven counts of murder in the shooting spree that killed seven people, some of them his co-workers, in the state’s second deadly gun rampage in recent days.

Chunli Zhao, 66, the lone suspect in Monday’s massacre at two mushroom farms in the seaside town of Half Moon Bay near San Francisco, was expected to be formally presented with the charges later in the day at the San Mateo County Superior Court in nearby Redwood City.

Also on Wednesday, U.S. Vice President Kamala Harris, a California native, planned to travel to the Los Angeles suburb of Monterey Park, site of the first of the recent deadly rampages. She was expected to meet with some families of the 11 people who were fatally shot on Saturday night by a gunman who later took his own life.

Coming in quick succession, the two shooting sprees left California reeling from one of the bloodiest spates of mass gun violence in decades in a state with some of the strictest firearm laws in the country.

Zhao was taken into custody on Monday evening outside a sheriff’s station, where police said he had driven shortly after the attack on farm workers.

A criminal complaint filed on Wednesday formally charged him with seven counts of premeditated murder and a single count of attempted murder, alleging special circumstances that would enhance the sentences he faces if convicted.