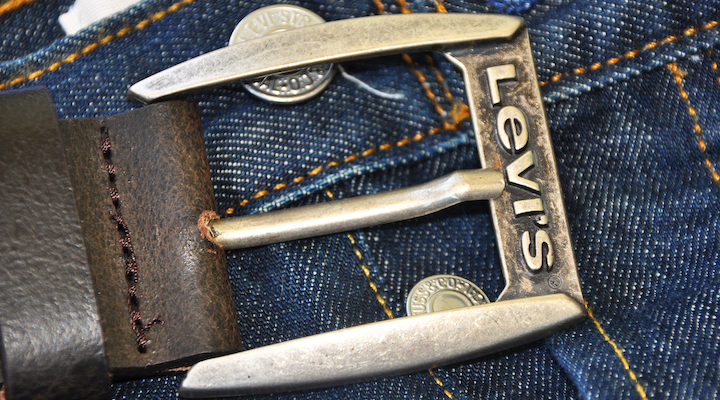 Levi’s has ended a solid year on a sombre note with revenue declining 5.7 per cent during the fourth quarter.

The company reported net income of US$151 million compared with $153 million for the same quarter last year. Sales came in at $1.59 billion, compared with $1.69 billion in the same period a year ago.

While there are some mitigating factors – including a robust performance during the consumer boom of last year and some unfavourable exchange rates – the dip takes a little of the shine off what has been a year of reasonable progress for the denim giant. Even on a constant-currency basis, revenue only came in flat compared to last year.

Compared to the same period in 2019, revenue increased by a modest 1.9 per cent. This isn’t terrible but, compared to growth in the clothing market as a whole, it represents something of an underperformance. However, we still believe that Levi’s is gaining share of the denim market, which is positive.

Fortunately, the deterioration appears to have come mainly from the wholesale arm, rather than the direct-to-consumer business. Within the latter, sales rose by 10 per cent on a constant currency basis when the now-closed Russian stores are excluded. This was primarily driven by the strength of shops and online across the Americas and Asia. In our view, this signals that there is no inherent problem or issue with the Levi’s brand and that the slowdown is mostly a consequence of a much tougher retail and consumer market.

The more difficult trading conditions have materialised in the wholesale part of Levi’s business where a number of retailers have slowed orders in response to a dip in demand and high inventories. This has been especially acute in the US and across Europe, which led to an 8 per cent decline in revenues. Again, most retailers – particularly in the US – are lapping some tough prior year numbers, so it is reasonable that they should moderate orders compared to 2021.

That said, we also maintain our view that many sellers of Levi’s products, especially department stores, are not doing anywhere near enough to push products in a compelling way. Rather, the Levi’s brand is lost in the wider mess of retailers like Macy’s and Kohl’s. This is an issue for Levi’s, which is one of the reasons it has pushed direct distribution much harder, including opening up more stores in select locations. This may well cannibalise sales from other retail channels, but it is the right move if Levi’s wants to take back more control over its brand and showcase its offerings effectively.

Aside from the revenue decline, another impact of the slowdown has been a 58 per cent increase in inventory levels compared to last year. Some of this is down to new systems which have made shipping times and levels much choppier, but even when the effects of this are excluded, inventories are still up by around 35 per cent. If Levi’s can sell this excess quickly, there should not be too much of an issue. However, if inventory levels remain elevated by the end of the first half of the new fiscal year it will be a matter of concern.

From a wider trend perspective, demand for denim remains fairly strong and we believe that the durable nature of the fabric allied with Levi’s quality positioning is helping to justify fuller price points and prevent too much discounting. That said, there has been a shift in the type of products people buy with a move to looser styles. However, Levi’s has responded to this effectively.

Outside of denim, there is continued growth from Beyond Yoga and Dockers. The former is benefiting from the continued interest in workwear and loungewear, which was especially strong over the holidays. The latter is helped along by a modest return to more semi-formal styles as well as the recent brand refresh which has injected more energy into the label.

Overall, we remain confident about Levi’s. However, pressures are mounting, and it looks like the year ahead will be more challenging than the one just concluded.