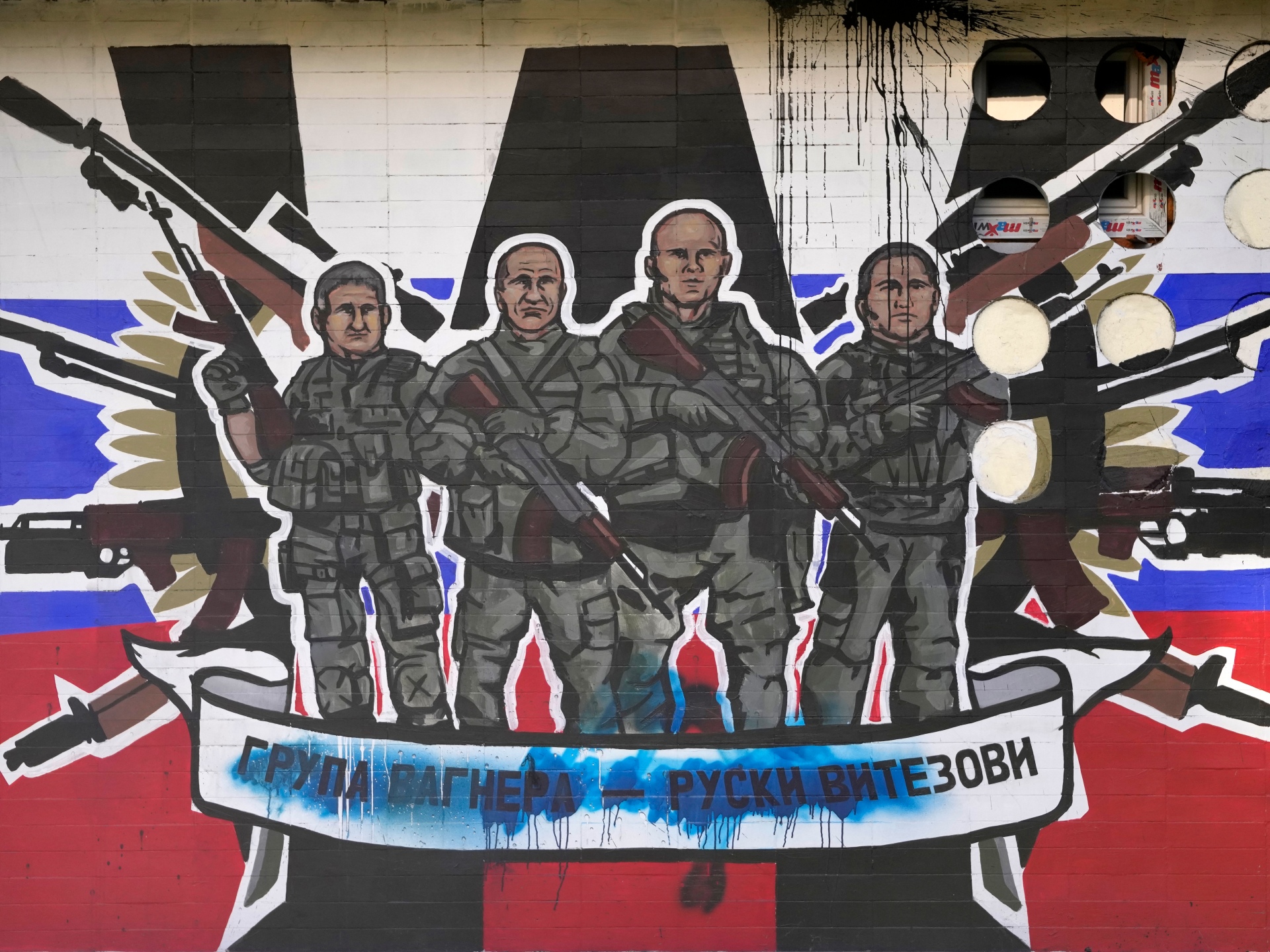 Serbian President Aleksandar Vucic has condemned Russian mercenary force Wagner for trying to recruit soldiers from his country after the group ran a local media advertisement for Serbs to fight in Ukraine.

The criticism marks a rare public rebuke from the Serbian leader towards Russia – a steadfast ally of the Balkan country.

Vucic slammed Russia’s websites and social media groups for publishing advertisements in the Serbian language, in which the Wagner Group calls on volunteers to join its ranks.

“Why do you do that to Serbia?” Vucic said during a televised interview late on Monday. “Why do you, from Wagner, call anyone from Serbia when you know that it is against our regulations?”

The Serbian legislature has banned the participation of its citizens in conflicts abroad, and several people have been sentenced for doing so.

Small numbers of Serbians have fought alongside Russian-backed forces in Ukraine since fighting first broke out in the country in 2014.

Vucic denied allegations the Wagner Group, led by Evgeny Prigozhin, a close ally of Russian President Vladimir Putin, has a presence in Serbia where pro-Kremlin and ultranationalist organisations have supported the invasion of Ukraine.

The exact number of Serbs who fought in Ukraine has never been disclosed by officials.

“This will result in legal consequences once they are able to be held responsible before the state bodies,” Vucevic told Radio Free Europe.

Serbia has long been a reliable ally to Moscow, with shared Orthodox heritage, mutual hatred of NATO, and military alliances during several wars strengthening their relations.

Serbia remains the only European country – apart from Belarus – that did not join Western sanctions against Moscow.

The Wagner mercenary outfit founded in 2014, which has been involved in conflicts in Africa, Latin America and the Middle East, shot to prominence after Putin sent troops into Ukraine on February 24, 2022.

Tens of thousands of Russians have relocated to Serbia since the outbreak of war, where most have been warmly welcomed.

Despite the arrival of dissident Russians fleeing the conflict, Serbians by and large remain ardent supporters of the invasion of Ukraine, with pro-Kremlin rallies held in the capital Belgrade.