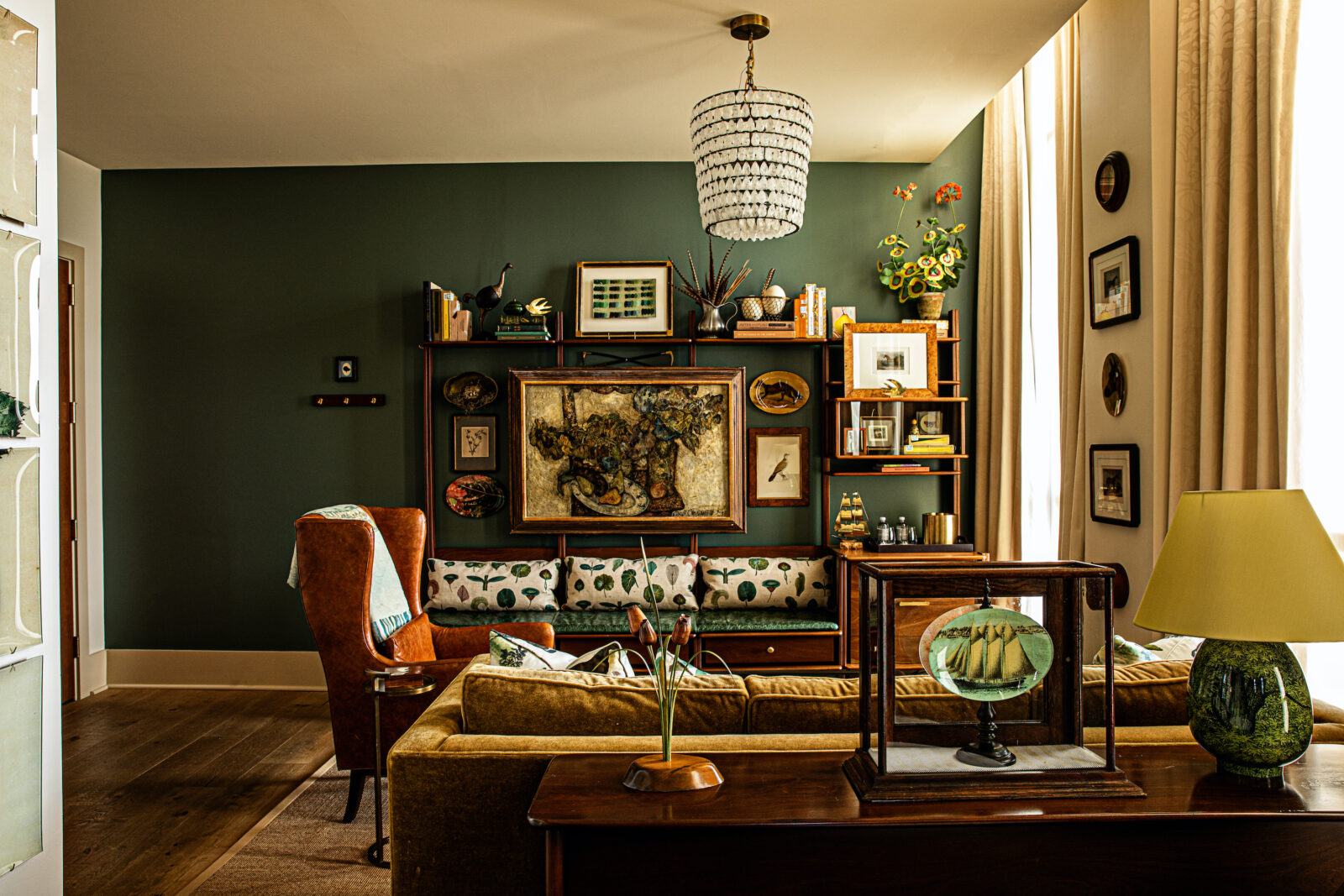 There are enough treasures stashed away in one special flat in Charleston’s Dewberry hotel that guests might find themselves more interested in exploring the room than the city. Inspired by, named for, and filled with the work of the renowned New York decoupage artist John Derian, the suite pays homage to a love of travel shared by the artist and the hotel’s owners, John and Jaimie Dewberry.

Cloud-printed pillows and matching wall sconces crafted by the Charleston-based Urban Electric Co. complement framed works on paper by the artist. Found objects tucked into every corner and cranny add patina. A glass-encased coffee table, for instance, showcases Jaimie’s shells, sand dollars, and starfish collected over walks on beaches as close as Sullivan’s Island or as far away as Corsica and St. Barts. “In one of the ‘hidden’ drawers, there is a letter from my late father, the hotel’s namesake,” John Dewberry says. “Dad’s words echo in my mind daily and his letters are my most prized possession.”

The Dewberrys fell in love with Derian’s art a few years ago when they stumbled across some of his early work at an antique shop on an island in Maine. They immediately began brainstorming ways to incorporate it into their hotel. “While we share a love of collecting, interiors, art, and nature with John Derian, we design quite differently, so it was such fun to create harmony between our styles,” Jaimie says. “It was effortless to layer our mid-century interiors while telling the story of how travel inspires and brings joy to us all.”

The flat is an ode to travel, but it’s also an ode to Charleston: Books from the Charleston Library Society fill the shelves, an antique map of the peninsula sourced from Carolina Antique Maps & Prints on nearby Church Street hangs above the bed, and the views from the windows stretch past Marion Square over the city’s steeples and beyond.

To celebrate the suite, Derian created three decoupage products—a catchall dish, tray, and paperweight—using a print of native South Carolina flowers illustrated by local artist Becca Barnet, adding a touch of merriment to not just the suite, but to each room’s custom nightstands and armoires. “[Derian, Jaimie, and I] seem to agree that all good design is woven with a bit of whimsy,” John Dewberry says. “As in, don’t take yourself—nor your work—too damn serious.”