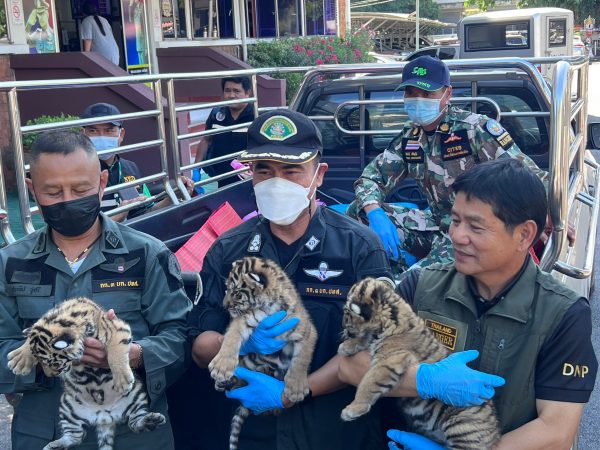 Thai police and officials from the Department of National Parks, Wildlife and Plant Conservation seized four tiger cubs and arrested an alleged wildlife trafficker in the north-eastern province of Mukdahan today (Tuesday).

National park officials said that undercover agents had been in contact with a 63-year-old Thai man, a resident of Khun Tan district in the northern province Chiang Rai, who was suspected of having been engaged in the transnational trafficking of endangered wildlife species since mid-September, involving Laotian and Vietnamese businessmen.

The undercover agents offered to buy four tiger cubs and it was agreed that the cats would be delivered in Nong Khai Province on October 25th. The delivery date was then postponed to October 31st and, again, until yesterday, with the location of the delivery changed to Mukdahan province.

The officials said that, during one of the meetings with the suspected trafficker, known only as Thanat, an undercover agent managed to plant a GPS device in the suspect’s car without his knowledge.

Finally, the suspect agreed to deliver the four tiger cubs, two males and two females, at a petrol station in Mukdahan at about 3.30am this morning. Upon arrival at the rendezvous, police and park officials swooped on the suspect’s pickup truck, in which they found the four cats.

The seizure of the cubs, listed as an endangered species, coincides with the meeting of the committee of Convention on International Trade in Endangered Species of World Fauna and Flora (CITES) in Panama, which a Thai delegation is attending until November 25th. 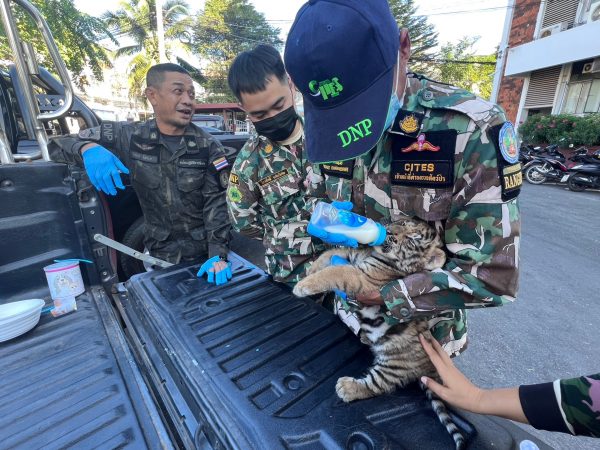