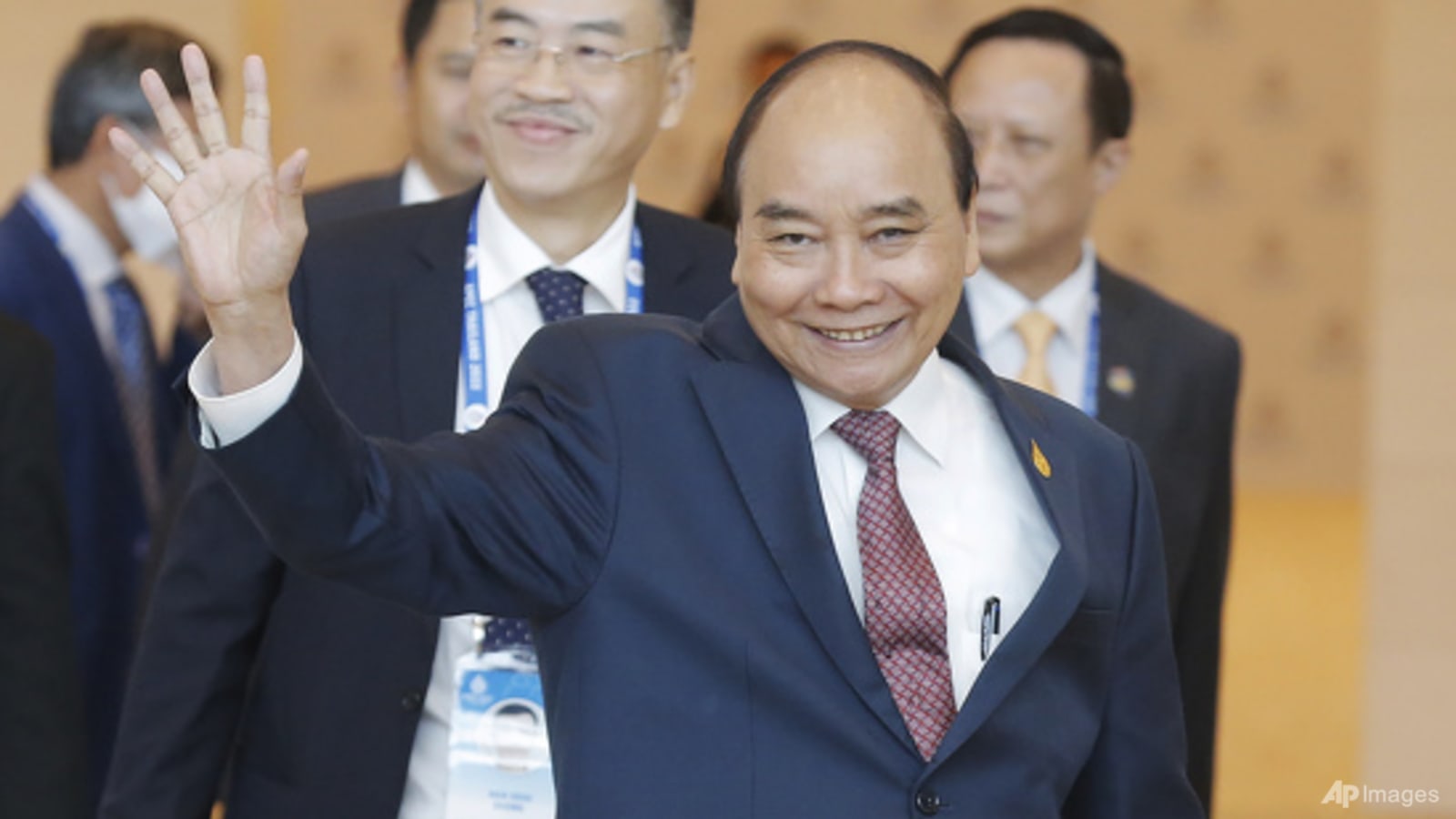 HANOI: The political downfall of Vietnamese President Nguyen Xuan Phuc – who was forced to step down over alleged involvement of his wife and relatives in high-profile corruption scandals – has kicked off fresh rounds of political jostling, as the ruling Communist Party mulls over who will become the nation’s next president, sources and analysts told CNA.

Vietnam’s Minister of Public Security To Lam, 65, is a prominent candidate at the moment for the job, government sources said, adding that the political selection process in the country is often obscure and uncertain until the very last minute.

The sources have requested to remain unnamed due to the sensitivity surrounding Vietnam’s top political leadership.

Vietnam’s National Assembly on Wednesday (Jan 18) approved the resignation of Mr Phuc, a day after he quit one of the country’s top jobs as party hard-liners intensified a graft crackdown.

The move by Vietnam’s legislature was seen as ceremonial, as it rubber-stamped what was already decided by the party’s Central Committee for Mr Phuc’s political career.

“I think the main reason is that his wife and some of his family members are allegedly involved in some of the corruption scandals,” said Dr Le Hong Hiep, senior fellow and coordinator of the Vietnam Studies Programme at the ISEAS – Yusof Ishak Institute.

Madam Tran Thi Nguyet Thu, the spouse of Mr Phuc, and their relatives were allegedly part of a US$170 million scandal involving fraud over COVID-19 test kits.

“In the official statements, the party didn’t mention these corruption issues because I think they want to save face for him and to protect the party’s reputation and public image,” Dr Le told CNA’s Asia Tonight on Tuesday.

“They don’t want the public to believe or to think that even the top leaders of the party are corrupt.”

During the early days of the pandemic in March 2020, Vietnam announced its first locally-produced COVID-19 test kits that met the standards of the World Health Organisation.

With US$800,000 from the state coffer, the joint project between the Military Medical Academy and private firm Viet A would make the test kits cheaper to produce, according to the programme’s researchers.

However, according to investigations, it turned out to be one of the biggest frauds in the country’s history.

Before the case was uncovered, millions of fraudulent test kits had been sold with inflated prices to disease control centres in 62 out of 63 provinces and cities across the country, said investigators.

Authorities said that the scam was made possible by bribery and backing from politicians.

It was one of the nation’s most high-profile corruption cases that led to the arrests of then-health minister Nguyen Thanh Long and then-Science and Technology Minister Chu Ngoc Anh.

The scandal is among several that have been the top targets of Vietnam’s intensifying anti-corruption campaign led by Mr Nguyen Phu Trong, the general secretary of the Communist Party.

Another scandal that shocked the country involved flights repatriating Vietnamese nationals stranded overseas during the pandemic.

All this happened under Mr Phuc’s watch during his tenure as prime minister until April 2021, when he was elected president.

While eradicating corruption has been on the agenda of Vietnam’s leadership for years, attention has been heavily focused on graft during the pandemic since last year.

This is because unlike other corruption cases, the test kits scandal caught the attention and wrath of the public during a period when people’s livelihoods were severely affected by the pandemic, analyst Carlyle Thayer told CNA938 on Thursday.

“The COVID scandal was really outrageous. It affected the population who were really shocked and outraged to learn that ministers were profiting while they were suffering,” said Emeritus Professor Thayer from the University of New South Wales’ School of Humanities and Social Sciences.

Investigations into the scandals and the subsequent crackdown saw an unprecedented number of government figures ousted, including two deputy prime ministers and three ministers. More than 130 officials, diplomats and businessmen were arrested.

Mr Phuc, the highest-ranking official targeted by the crackdown, was found ultimately responsible for wrongdoings committed by many of these officials, the government said.

Mr Trong, who was re-elected into a rare third term as party chief in 2021, has been stepping up the anti-corruption drive that has resulted in the upheaval in Vietnam’s politics.

“In the past, (authorities) went after people who were engaged in criminal activities. Now it has expanded to also rope in those who abetted or encouraged that corrupt activity. And these networks are being unravelled,” Prof Thayer said.

“The party is thinking about how to fight corruption more effectively. One of the ways is to make officials accountable for not only what they are doing, but also what their family members and their subordinates are doing,” Dr Hiep said.

The general secretary post held by Mr Trong is the most powerful in the “four pillars” of Vietnam’s top leadership; the other three are the president, prime minister, and chair of the legislature.

The recent purge has left vacancies within the Central Committee and the Politburo, the highest decision-making body in the country.

The political shake up is expected to put Vietnam at risk of becoming more domestic and inward looking when it comes to international relations, analysts said.

Mr Phuc, along with Mr Phạm Bình Minh, the previous deputy prime minister and foreign minister who was ousted on Jan 5, were both familiar faces for foreign dignitaries. New ministers filling vacancies from the crackdown have little foreign relations experience, Prof Thayer said.

As prime minister, Mr Phuc oversaw an average of 6 per cent annual economic growth for the country and sealed several free trade deals for Vietnam. He was widely credited with accelerating pro-business reforms.

Businesses and analysts were mixed on whether the uncertain political climate will hinder foreign investments and economic growth.

“So far (the government) has done this in a very measured and well-calculated and well-coordinated manner so that they can control the implications,” Dr Hiep said of Vietnam’s anti-graft efforts.

“There are some short-term problems. (But) they can pay this short-term price to gain the longer term ends, that is to control corruption and to improve the transparency within the government and also in the market as well,” he added.

Mr Thayer said that with Vietnam’s economy accelerating at a tremendous speed – its gross domestic product (GDP) beat official targets and grew 8 per cent last year – the negative impact of the leadership shuffle on its economy is likely to be limited.