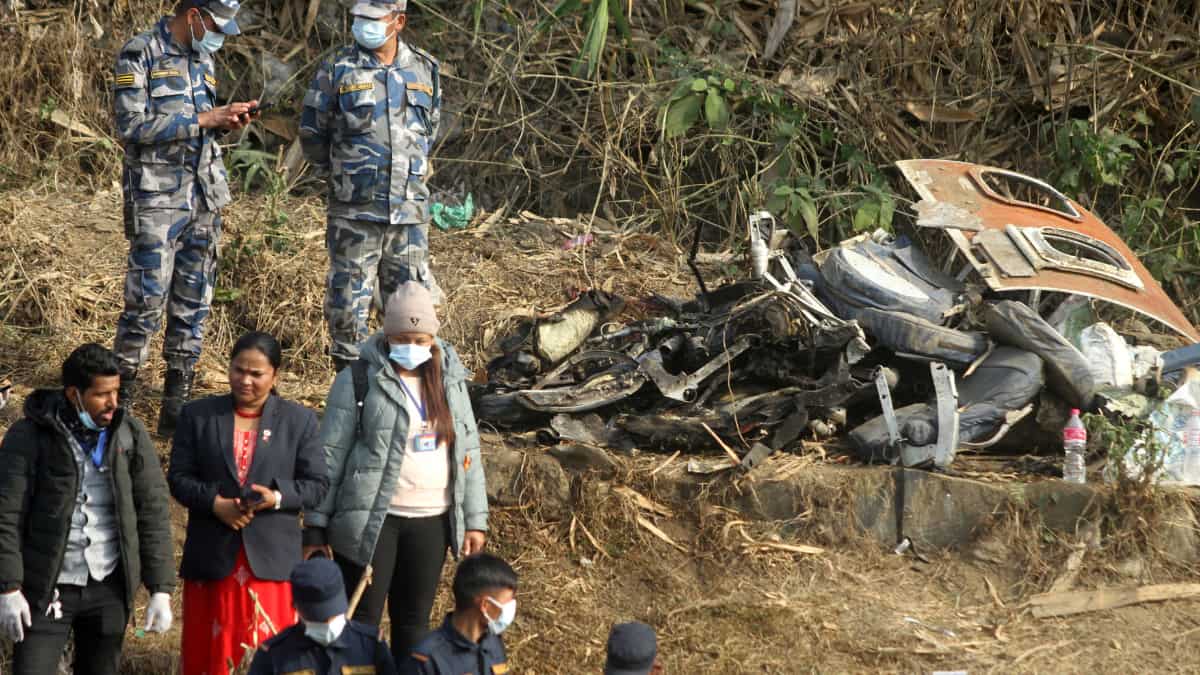 Nepal is observing a day of national mourning on Monday for the victims of the nation’s deadliest airplane crash in three decades, with all 72 people confirmed killed. Searchers on Monday also found both the cockpit voice recorder and flight data recorder of the crashed flight. Both recorders were in good shape and would be sent for analysis, Teknath Sitaula, an official at the Kathmandu airport, told Reuters.

Rescuers had earlier resumed search for four people still missing in the aviation disaster that saw a Yeti Airlines plane plummet into a steep gorge with 72 people on board as it approached the central city of Pokhara on Sunday.

Bodies of 68 passengers onboard the ATR 72 aircraft have been recovered till now from the wreckage of the plane. The flight had taken off from Kathmandu and crashed minutes before landing, broke and caught fire which was doused later.

Soldiers used ropes and stretchers to retrieve bodies from the 300-metre deep ravine late into the night.

“We have so far sent 63 bodies to the hospital,” said police officer AK Chhetri on Monday.

“We will take out the five bodies from the gorge and search for the remaining four that are still missing,” Pokhara police official Ajay KC told Reuters.

Jagannath Niroula, a spokesperson for Nepal’s civil aviation authority, said that the search for the black box is also on.

Nepal has set up a panel to investigate the disaster and suggest measures to avoid such incidents in future. Bodies of those identified will be handed over to families after examination.

There were 15 foreigners on board, including five Indians, four Russians, two South Koreans, and one passenger each from Argentina, Australia, France and Ireland, Yeti spokesman Sudarshan Bartaula told AFP. The rest were Nepali citizens.

While Nepal’s air industry has boomed in recent years, it has also been plagued by poor safety due to insufficient training and maintenance. Over such concerns, the European Union has banned all Nepali carriers from its airspace.

Nepal also has some of the world’s most remote and trickiest runways, flanked by snow-capped peaks with approaches that pose a challenge for even accomplished pilots.

The deadliest aviation accident in the country happened in 1992, when all 167 people on a Pakistan International Airlines jet died when it crashed on approach to Kathmandu.