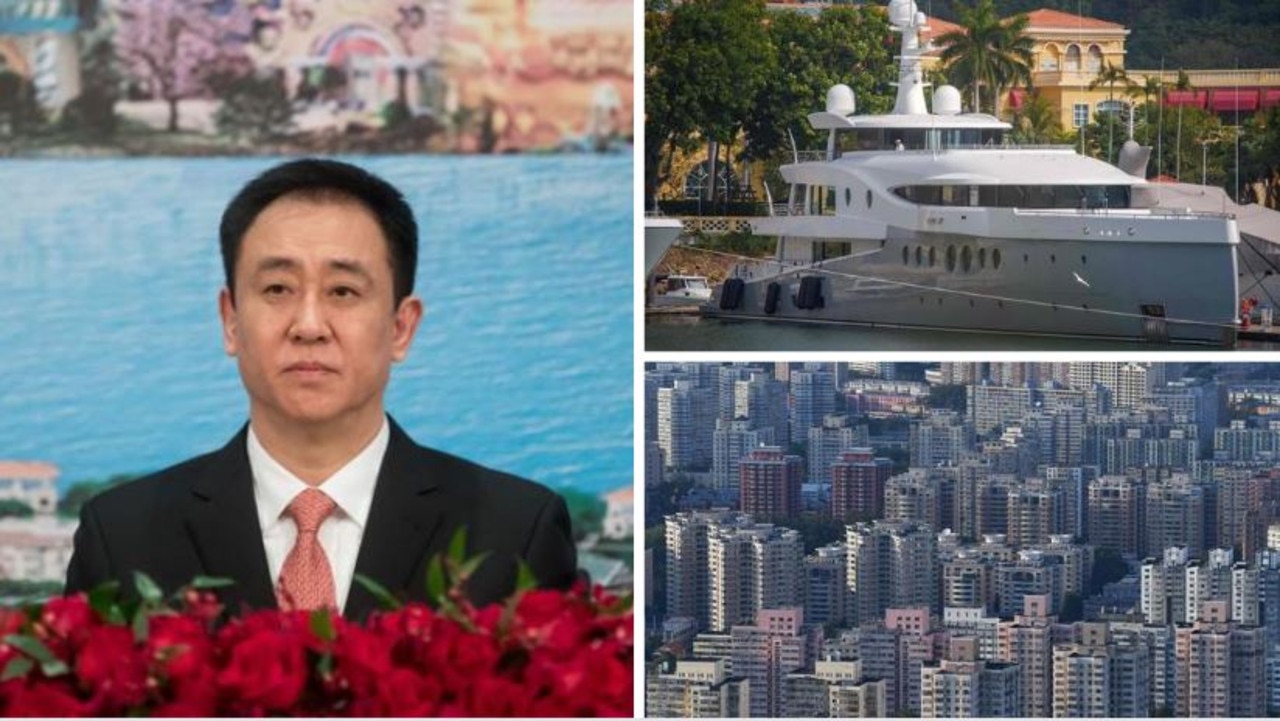 One of the richest and most powerful men in Asia has had a staggering fall from grace, losing a mind-blowing $US39 billion ($A56 billion) in just two years.

Hui Ka Yan, the chairman of embattled developer China Evergrande Group, has been battling a monumental crisis in recent years, earning the unwelcome title of the world’s most indebted real estate firm in 2021 after racking up massive debts of around $A408 billion.

While China’s top real estate moguls have all seen their fortunes depleted since the Chinese Communist Party began its crackdown on company debt and President Xi Jinping launched his “common prosperity” plan to redistribute wealth, Evergrande’s Hui has been among the hardest hit.

At the company’s peak, Hui was the second-richest person in Asia, according to Bloomberg Billionaires Index, which listed him as having a fortune of $US42 billion ($A60 billion).

Now, there’s just $US3 billion ($A4.3 billion) left in the kitty, representing a plunge of 93 per cent of his wealth.

And it’s not just his fortune that he’s losing.

Before the crisis began, Hui also wielded significant power politically, being part of the influential Chinese People’s Political Consultative Conference (CPPCC), which consists of both business leaders and government representatives.

He first joined the advisory group in 2008, Bloomberg reports, and in 2013 became part of its standing committee – but was snubbed from the 2022 annual convention, and has now been dropped from a list of people who will form the CPPCC for the next half a decade.

The group will meet in March for the 14th National Committee and will debate a range of issues such as political and social matters, new legislation and growth.

“The CPPCC role is like an honorary reward that China gives to faithful businesspeople to make contributions to the country,” Willy Lam, adjunct professor at the Chinese University of Hong Kong, told Bloomberg.

“It’s not surprising at all that property tycoons like Hui, who created trouble in the property sector with their over-leveraging, are out of the list.”

While Hui’s net worth has been steadily falling since Evergrande’s woes began, the latest plunge is reportedly due to the boss injecting his own cash into the business and repaying creditors.

Meanwhile, Evergrande recently submitted a restructuring plan in a bid to salvage the firm – although it’s not yet known whether it will be enough to reverse Evergrande’s fortunes.

But it’s not the only Chinese developer facing turmoil. From the earliest days of the crisis there were fears the Evergrande disaster could spread to other companies via a “contagion” effect, and in recent years, a string of similar companies have also experienced staggering debt problems.

At the moment, Evergrande, which Hui took public in 2009, has more than 800 projects in over 280 cities, but still faces a mountain of debt.

Hui founded Evergrande in Guangzhou in 1996 after graduating from college in 1982 and working as a technician in a steel factory for many years.