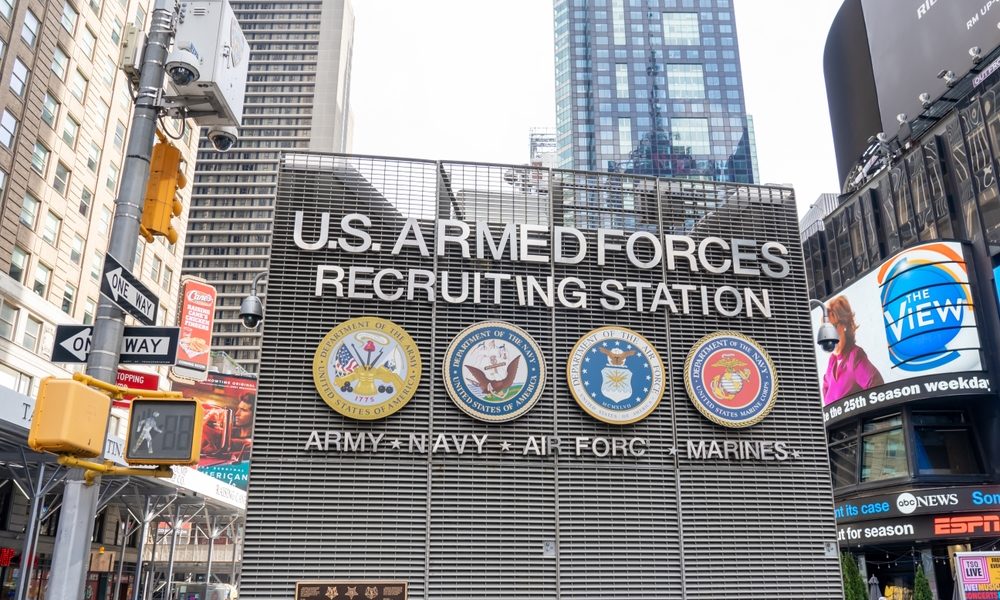 When it comes to cannabis, the times are surely changing. In late September 2022, the Air Force and Space Force announced a pilot program aimed to grant certain applicants who tested positive for THC a chance to retest and potentially join either military branch. Now, just over three months later, the Air Force Recruiting service has granted waivers to 43 applicants, Military.com reports.

The number was far higher than Air Force recruiting officials initially estimated. Based on previous years, they expected the number to be around 50 cases per year.

In an email to the publication, Air Force Recruiting Service spokesperson Chrissy Cuttita said, “As more states adopt more leniency toward cannabis and THC derivatives, we anticipate a continued increase.”

Before the pilot program, Air Force and Space Force applicants were unable to join the services if they tested positive for THC on the initial test. The new program was inspired by previous efforts from the Army and Navy.

With the waiver program, applicants have a chance to retest after 90 days of receiving waivers. In order to be considered for the waiver, applicants also need to do well on the Armed Forces Qualification Test, have graduated high school and not have any other potential barriers, medical or legal, to joining the services.

Cannabis is still federally illegal and considered a Schedule I controlled substance in the U.S. While the military allows more leniency with cannabis-using recruits, it still has zero tolerance for other Schedule I drugs like ecstasy, heroin or methamphetamines.

Of course, cannabis is distinct from other Schedule I substances, in that it has seen increased legal reform and reduced societal stigma over the last few decades. Beth J. Asch, a senior economist at the nonprofit Rand Corp., has researched cannabis waiver policies in the service and told Military.com that these trends have an impact on potential recruits.

A 2021 government-funded analysis of U.S. Army recruits from the RAND Corporation also shows that prior cannabis consumption has relatively little impact on overall performance. In some cases, they are historically more likely to have a better performance.

“Without waivers, a failed drug test for marijuana would block the one-third of American 18-year-olds who say they have used marijuana at least once in the past year,” a RAND official wrote in a blog post about the analysis. “Recruits who make it into the U.S. Army despite low-level histories of marijuana use perform no worse, overall, than other soldiers. That should be welcome news in recruiting offices nationwide.”

Thomas noted the increasing likelihood that, as more states legalize cannabis, recruits may test positive for THC. The RAND study also notes that more than 50% of all new recruits are from states where cannabis is legal in some capacity.