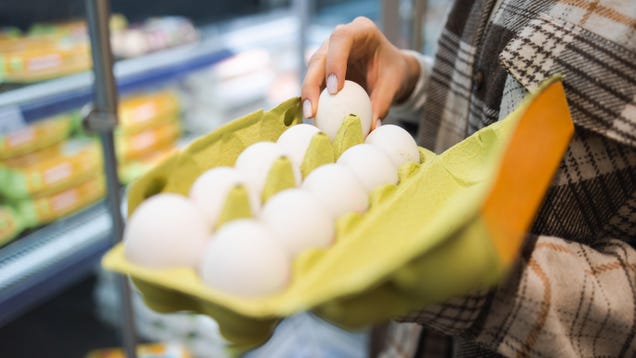 Due to a serious bout of avian flu that had farmers culling flocks of birds left and right, egg prices are ridiculously high at the moment, and because of that, people are going to equally ridiculous lengths to get their hands on more affordable cartons. BBC News reports that U.S. Border Patrol has seen a recent spike in seizures of eggs being smuggled into the U.S. from Mexico.

It’s not surprising that people would go to a little extra effort to avoid premium prices, given that a dozen eggs costs anywhere from $6 to $8 in U.S. towns along the border but roughly $3 in communities just across that border. Unfortunately, bringing certain goods into the U.S. a bigger issue than you might think.

Why are egg prices so high?

Back in December it was reported that a particularly contagious strain of avian flu, lethal to egg-laying birds, was spreading through flocks. At that point the number of birds affected by the virus was at 52.7 million. Now, according to the Centers for Disease Control and Prevention, the number has reached 57.8 million birds, the worst toll in years.

This particular strain of avian flu is more difficult to deal with because it can spread through wild bird populations as well as poultry birds. This means that if a bird of prey eats a poultry bird, it can carry the disease to other populations of birds.

A thin silver lining here is that transmission of the avian flu to humans is extremely rare, and a vaccine is in development—though it could take one to two years until we see that come to fruition.

What happens when you try to smuggle eggs into the U.S.?

Charles Payne, Supervisory Agriculture Specialist for Customs and Border Protection, advises consumers not to even attempt to bring eggs across the border, as the consumer could face civil penalties for doing so.

Those who attempt to smuggle larger commercial shipments of eggs into the U.S. could face up to $10,000 in fines. On a smaller scale, individuals who try to smuggle eggs into the U.S. could face a fine of around $300. You could avoid these steep fines if you declare your huevos, but the eggs will most likely be confiscated and destroyed, so the entire endeavor is really a lose-lose situation all around.

As a consumer in the U.S., I can choose to keep paying painfully high prices for eggs, find cheaper egg alternatives, or attempt to smuggle affordable eggs across the border and face a fine 10 times as expensive as the eggs. Though none of these options is ideal, I think I’m going to bite the bullet and pay the premium prices until the birds kick this flu. But I might also explore some egg alternatives. Flexitarian diets are all the rage these days, right?

The doubt of a trout