Top military movies to watch for in 2023 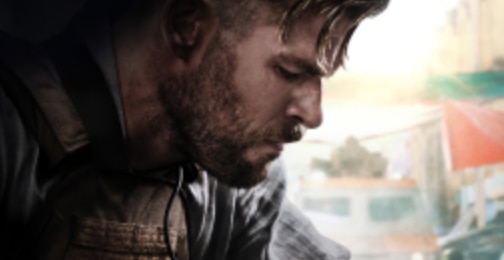 This year is shaping up to be an exciting one in terms of movies slated for release that will appeal to military audiences. There is no dearth of topics to be covered when it comes to war, and 2023 seems poised to present some spectacular cinematic offerings.

From war horror to historical fiction and biographies, these are the top anticipated military movies set to premiere in the coming months.

Due out in July, “Oppenheimer” is a historical drama about the creation of the atomic bomb. The plot centers on the life of physicist J. Robert Oppenheimer (Cillian Murphy) and his work during the Manhattan Project that ultimately led to the creation of America’s nuclear program.

America’s favorite assassin will be back on the silver screen in March as he continues his quest to destroy The High Table. Though it’s never been explicitly confirmed that John Wick (Keanu Reeves) is a Marine, there’s a great deal of speculation that his “Fortis Fortuna Adiuvat” (“fortune favors the brave”) back tattoo comes from none other than 2nd Battalion, 3rd Marines.

Animated horror meets World War I history in this chilling paranormal thriller. Trapped in a bunker and tormented by an unknown force, a number of troops experience “true hell,” according to the synopsis on IMDb. It premieres in February.

A World War II epic about a American pilot trapped behind enemy lines, “Come Out Fighting” is due out in 2023. Few details about the film have been made available besides the expectation of some epic dogfighting. According to IMDb, the expected release date is set for April.

Mercenary and former Australian Special Forces operator Tyler Rake (Chris Hemsworth) is back with a new mission after being hired to find the kidnapped son of an international crime lord. This sequel will hit Netflix in June.

Set during World War II, “The Nightingale” is based on a novel of the same name from author Kristin Hannah. In it, two sisters, played by real-life sisters Elle and Dakota Fanning, must learn to navigate a war-torn world when they become estranged in German-occupied France. A U.S. release date has not yet been set.

In this time-travel adventure gone wrong, a pilot (Adam Driver) and his only surviving passenger realize they’ve crashed landed on Earth in the era of the dinosaur. The film — essentially “Jurassic Park” meets “Alien” — debuts in theaters in March.

Sarah Sicard is a Senior Editor with Military Times. She previously served as the Digitial Editor of Military Times and the Army Times Editor. Other work can be found at National Defense Magazine, Task & Purpose, and Defense News.