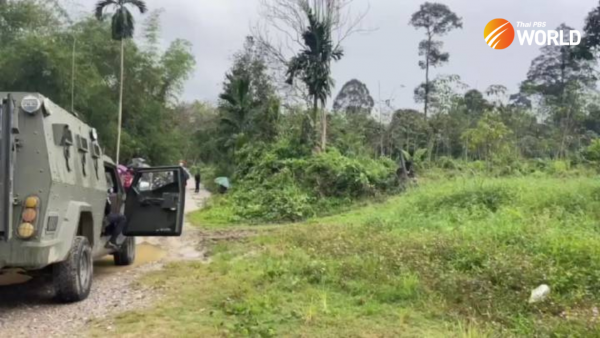 Three southern insurgents were shot dead during a clash with government security forces, in the mountains of Si Sakhon district in the restive southern province of Narathiwat, on Friday morning. The security forces suffered no casualties.

Acting on a tipoff, that a group of insurgents had set up a jungle camp in the mountains in Ban Da Hong in Choeng Khiri sub-district, a contingent of troops and paramilitary rangers went to investigate.

The security forces entered the woods on foot, until they came across about ten huts. They called out to those in the camp to surrender, but the insurgents started shooting at them, triggering a fierce gunfight.

After the gunfire died down, the security forces cautiously moved into the camp to search it. Three dead insurgents were found.

An army source said that forensic officers collected fingerprints, before the bodies were brought down to the base of the mountain, where several villagers were waiting to discover whether any of the dead were their relatives.