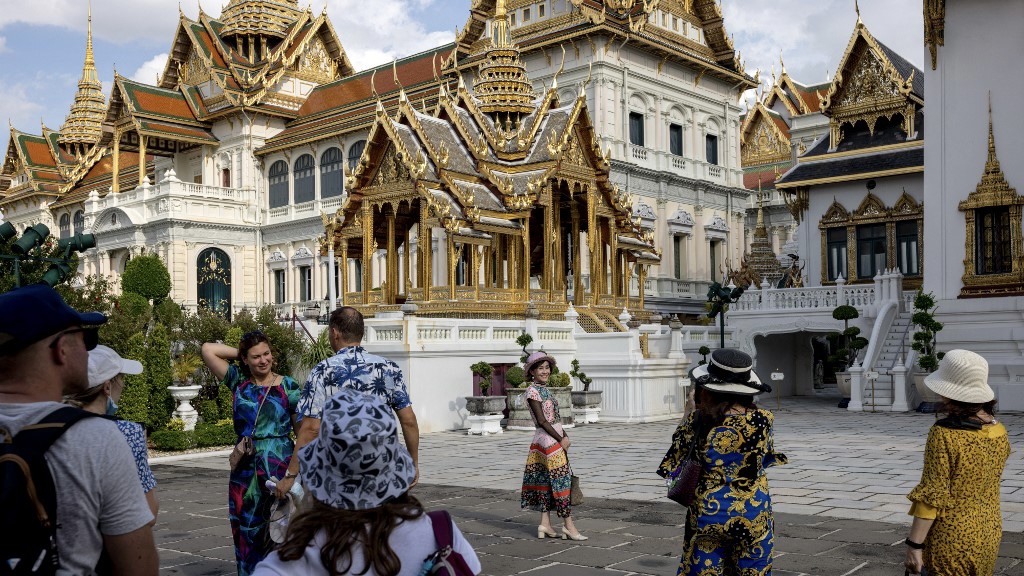 (FILES) In this file photo taken on July 18, 2022 tourists gather and take pictures in the grounds of the Grand Palace in Bangkok. (Photo by Jack TAYLOR / AFP)

Bolstered by recovery in the tourism sector, Thailand’s economic growth for the whole of 2022 is forecast to be 3.2%,without further need for major economic stimulus packages, according to the National Economic and Social Development Council (NESDC).

NESDC Secretary-General Danucha Pichayanan said that growth in the third quarter of this year is expected to be 4.5%, thanks to the return of foreign tourists, after Thailand eased travel restrictions, adding that this is expected to increase growth for the whole year to 3.2%.

He said that the economic stimulus packages being considered by Finance Ministry, for January 1st to February 15th, such as “Shop Dee Mee Kuen” or “Shop Chuay Chart”, are minor projects aimed at increasing the purchasing power of consumers.

Stimulus packages to be rolled out next year, said Danucha, will also enable consumers to claim tax deductions whenbuying electrical appliances not exceeding 10,000 baht,compared to 30,000 baht in the previous package.

This will result in the Revenue Department losing about 8.2 billion baht in revenue, but it will put about 56 billion baht into circulation, which should boost the growth rate by 0.1-0.2%, he said.

In addition to the economic stimulus packages, Danucha said the NESDC has recommended that the government solve other pressing issues, such as household debt, fair prices for farm produce, the promotion of exports and precautionary steps to protect the Thai economy and Thai currency from global economic and currency crises.