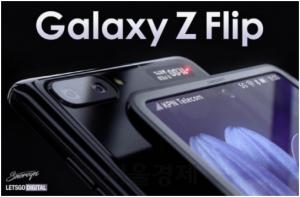 Samsung Electronics kept its top spot in the global smartphone market in 2022 by accounting for 22 percent of worldwide shipments. Apple recorded its largest quarterly market share of 25 percent in the fourth quarter of 2022, but could not overturn the final rankings. The Korean smartphone giant maintained its gap with Apple by posting a 20 percent market share in the fourth quarter.

According to Canalys, a global market research institute, Samsung Electronics increased its share of global smartphone shipments by 2 percentage points from 2021. Second place went to Apple with 19 percent. Apple also ramped up its market share by 2 percentage points, even though it suffered a production line problem due to COVID-19 at Zhengzhou, China plant run by Foxconn.

Moreover, market conditions are expected to get even worse down the road. Analysts say that this trend would adversely affect the North American and Western European markets, where premium smartphone segments are already saturated.

If the global smartphone market shrinks, smartphone makers have no choice but to adopt a strategy to boost their profitability. Samsung Electronics as well as Apple are expected to shift their focus to further improving profitability. Many experts predict that the two smartphone giants will strengthen their flagship smartphones as demand for the mid- to low-end products is expected to fall more steeply.

Some experts forecast that the Galaxy S23 will be the last bar-type flagship smartphone model from Samsung Electronics. A rumor is going around that Samsung will differentiate itself by making foldable phones its flagship models.