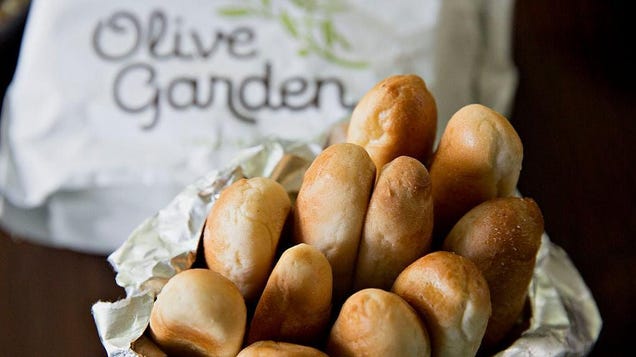 On January 1, the FASTER Act (which stands for Food Allergy Safety, Treatment, Education, and Research) went into effect at the federal level. One of the major elements of the law was adding sesame to the list of “major allergens” that restaurants and food manufacturers are required to flag as an ingredient. One would think this change would make it easier for people with sesame allergies to navigate eating at restaurants. Unfortunately, it could have the opposite effect.

How the FASTER Act affects people with sesame allergies

While it is true that people with sesame allergies will be better able to access the nutritional information they need in order to make decisions about what they eat, they’ll have to exercise excess caution while dining at restaurants. That’s because some food manufacturers have decided that rather than taking the extra steps to ensure their manufacturing lines don’t have any cross-contamination with sesame products, they’re adding sesame to foods that previously contained none. That way, they don’t have to alter their current processes or equipment (both costly procedures), and the allergen info can simply indicate the food has sesame in it. Because now it does.

In other words, rather than making sure sesame-free foods are safe for sesame-allergic people, companies are making those foods categorically unsafe, because that’s often the quicker, cheaper, and more foolproof thing to do—and it keeps companies out of legal trouble.

Restaurants are adding sesame to their menu items

Such changes are being made at many popular restaurants, including Olive Garden, Chick-fil-A, and Wendy’s. Those three restaurants each sent statements to local news affiliate WSOC-TV in Charlotte, North Carolina that essentially amounted to, “Sorry, not sorry.”

Chick-fil-A called the change an “industrywide matter that led to the recipe change for our white bun and multigrain brioche bun to now include sesame as an ingredient,” noting that customers who are allergic to sesame can order a gluten-free bun or a range of breakfast items. Olive Garden said, to paraphrase: Yep, our supplier added sesame to the flour in our breadsticks. So the breadsticks contain sesame now. And although Wendy’s said that it “[takes] food safety and allergen matters very seriously,” it pretty much gave the same shrug as Olive Garden, noting that, yep, there’s now sesame in Wendy’s buns and French toast sticks.

The FDA said that while adding sesame flour to these menu items isn’t illegal, it is making food access more difficult for sesame-allergic people, which the FDA does not support. Several other organizations have spoken out against the actions by food manufacturers, too, including FARE (Food Allergy Research and Education).

“We are disappointed and concerned that many baking companies are intentionally adding sesame flour to their products, even those that did not previously contain sesame, to avoid the cost of cleaning their lines,” said FARE in a statement. “FARE has been working over the last few months to fight back.”

The organization goes on to say that it encouraged members of the American Bakers Association to “do the right thing” and clean their lines to provide “safe and sesame-free” products.

“Since then, as more and more companies are turning their backs on our community and the intent of the FASTER Act, we have asked the FDA to get involved on our behalf and raised concerns about the bakers’ practice with Congress,” said the statement.

According to the Allergy & Asthma Network, 1.5 million people in the United States have a sesame allergy. The organization notes that sesame allergy is gaining ubiquity faster than other food allergies.

“Many believe this is due to the increased prevalence of international cuisine on American plates,” the organization’s website says. “Sesame allergy has increased over the years in part due to the growing number of products containing sesame seeds and sesame oil. These include: foods, cosmetics, lotions, and pharmaceutical items.”

Naomi Seiler, an advocate for the Allergy & Asthma Network and the mother of a sesame-allergic child, has been quoted in several news outlets decrying the new practice of adding sesame to foods.

“It was really exciting as a policy advocate and a mom to get these labels,” Seiler told AP in December. “Instead, companies are intentionally adding the allergen to food.” She was more recently quoted by WSOC-TV calling the companies’ practices a “kick in the teeth” for people who already have limited diets due to a life-threatening allergy.

How packaged foods are affected by the FASTER Act

Though restaurants are getting a lot of attention for this sesame tactic, the new labeling system affects packaged foods in stores too. A friend of mine who has a family member with a sesame allergy told me that in recent weeks, she has noticed a lot more packaged bread suddenly has sesame in it. She had been wondering why—but now we know.

The FDA this week released a statement containing several pieces of advice for people with sesame allergies who must navigate this shift toward new labeling and altered recipes. They include:

The latter is especially true if more companies are going to purposefully add sesame to their products just so they can declare it on the label and be absolved of any responsibility.