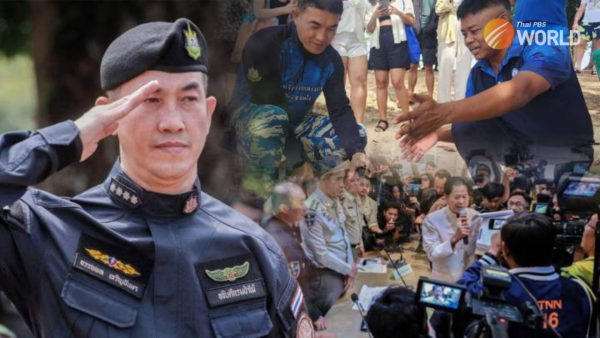 Formerly director-general of Forest Department, Atthaphon replaces Rutchada Suriyakul Na Ayutya, who was arrested in December on corruption charges and transferred out of the department.

Reacting to Atthaphon’s appointment, Sasin Chalermlarp, secretary-general of the Seub Nakhasathien Foundation, said he would like the new park chief to make two matters his top priority.

In a phone interview with Thai PBS today (Wednesday), Atthaphon said that he will start work at the department tomorrow and confirmed that he will make these two matters his top priority.

He said that he does not feel heavy-hearted because he will do things straightforwardly, noting that there are processes and investigative committees to deal with the problems that occurred.

He also said that it is no problem for him to work with his staff and all of them should be able to work together as a team.

Atthaphon was also director-general of Pollution Control Department in 2021 and 2022, before he was moved to the Department of Marine and Coastal Resources.

Alternative protein beefs up for the mainstream | Greenbiz