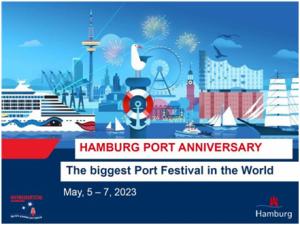 Busan Metropolitan City has been selected as the main guest city of the 834th Hamburg Port Anniversary, the biggest port festival in Europe, the city government announced on Jan. 24.

The Hamburg Port Festival attracts more than one million visitors every year. This year’s festival will be held for three days from May 5 to 7.

Busan City will participate in the festival as a guest city and hold various events to promote its bid to host the World Expo in 2030.

The government of Hamburg invited Busan as the main guest city in November 2022. Busan City accepted the invitation and decided to upgrade relationships between the two cities.

“We are planning to hold various events, including the Korea-Busan Festival, at the 834th Hamburg Port Anniversary to publicize Busan’s charm as a candidate city for World Expo 2030,” said Cho Yoo-jang, head of the Busan Metropolitan Government’s 2030 Expo Bid Promotion Headquarters.

Amorepacific: Beginning of a Turnaround