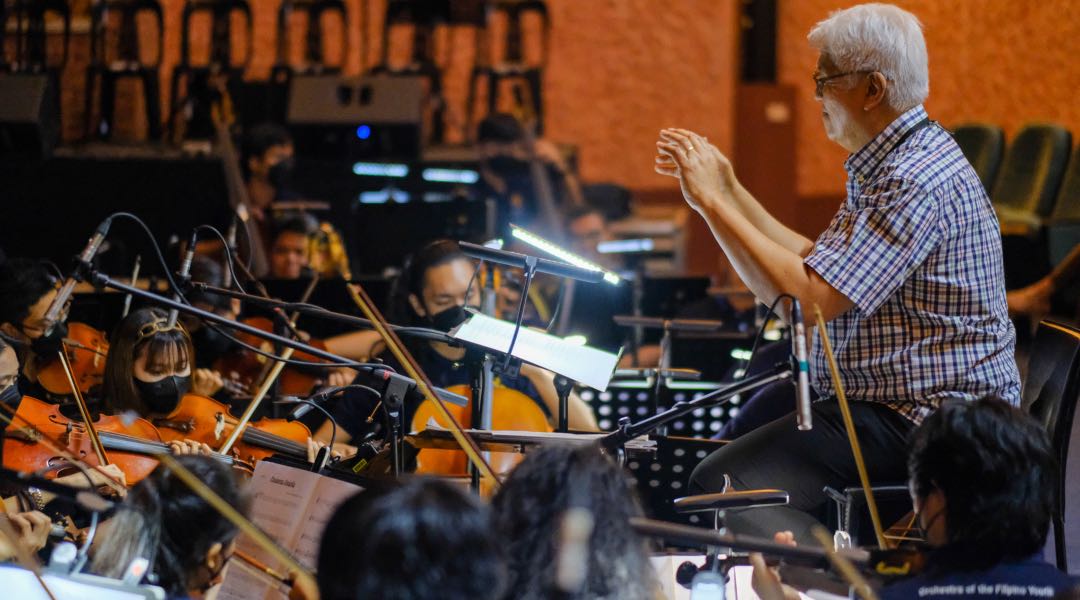 A spectacular full-length ballet by Alice Reyes Dance Philippines and live performances by the Orchestra of the Filipino Youth and the Ryan Cayabyab Singers.

Looking back at last month’s full-length, all-Filipino Christmas ballet “Puso ng Pasko” a ground-breaking production by the Alice Reyes Dance Philippines (ARDP). The show debuted on December 2, 2022 at the Tanghalang Nicanor Abelardo, Cultural Center of the Philippines, which ushered in a festive Filipino holiday season.

The audience was in for a treat with during the show’s last run at The Metropolitan Theater on December 17, 2022, which included live performances by the Orchestra of the Filipino Youth (OFY) and the Ryan Cayabyab Singers (RCS) under the baton of the National Artist for Music himself, Mr. Ryan Cayabyab. With the ARDP dancers on stage, this one-night only collaboration created a multi-sensory experience. “Puso ng Pasko” was conceptualized by Ronelson Yadao, ARDP’s Artistic Director and was choreographed alongside Erl Sorilla, John Ababon, AL Abraham, Dan Dayo, Bonnie Guerrero, and Lester Reguindin, with the guidance and mentorship of Ms. Alice Reyes, National Artist for Dance.

The production included musical arrangements by Cayabyab, from his Pasko I and II Christmas albums, originally recorded with the San Miguel Philharmonic Orchestra and San Miguel Master Chorale. Timeless Filipino Christmas songs played by the OFY accompanied the storyline as it unfolded with New Jersey-based Lolo Val (Audie Gemora) taking his granddaughter, Angelita (Trisha Lim) down memory lane to reminisce about his Filipino Christmas back home in Tres Reyes.

It brought to life many of the crowd and caroling favorites such as “Pasko na Naman”, “Mano Po Ninong, Mano Po Ninang” and “Kumukutikutitap”. His journey takes us to a Christmas we know, with scenes of the traditional simbang gabi, colorful parols, and street staples like bibingka and puto bumbong. An hour would feel short for a nostalgic audience as Lolo Val’s stories imbibe how Pinoys, especially those away from home, will find ways to keep fond memories alive.

With “Puso ng Pasko” scheduled ahead, it allowed ample time for the youth orchestra to master the musical pieces. The young musicians of the OFY consists of less privileged scholars that are provided lessons and instrument support under Ang Misyon, Inc., a non-profit organization. Gerard Salonga, OFY’s Music Director, said that “The OFY’s social purpose is very clear, and exposure to different art forms –theater, drama, dance, literature, visual art –all play into the kind of Filipinos that we hope the OFY scholars can be. To become Filipinos who think, question, listen, and care”. A collaboration with institutions like ARDP, RCS and two Philippine National Artists is an opportunity that aligns what he envisions for the OFY and it ticked all the boxes for what the organization wish the scholars to learn.

Permission To Watch: A List Of BTS' Most Recommended K-Dramas

Honoring A Life: The Visionary And Avant-Garde Paco Rabanne Passes Away

What Sparks Joy: Marie Kondo Opens Up About Her Messy Home And Why It’s Good For Her