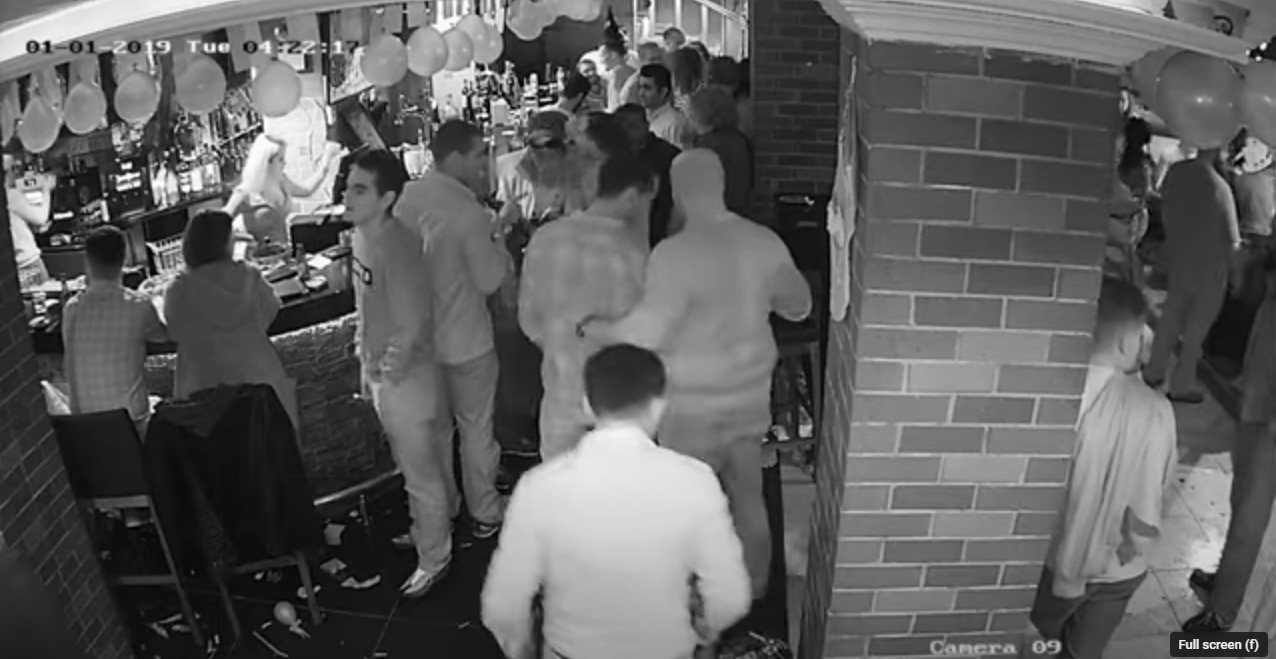 CHERRY POINT, North Carolina — With two Marine Raiders on trial for involuntary manslaughter for the 2019 death of an American contractor following an altercation in Iraq, their lawyers on Monday maintained that the blame for the fight lay with the contractor, a former Green Beret.

Prosecutors, meanwhile, are working to prove that Gunnery Sgts. Danny Draher and Josh Negron weren’t acting in self-defense in the fight with Rick Rodriguez.

Navy Chief Petty Officer Eric Gilmet had been set to be tried separately for his alleged involvement, but he is appealing his case because of what his lawyers say was unlawful command influence. On Jan. 17, he was granted immunity to testify in this trial, likely making it harder for him to be prosecuted in the future.

Drawing on security footage from that fateful night, the defense tried to show that Rodriguez had too much to drink while at a nightclub off-base in Irbil, Iraq, and was aggressive ― first at the club and then on the street nearby, where the fight happened. (Drinking any alcohol was against the rules for both American service members and contractors in Iraq.)

“Is it fair to say that when you mix alcohol with the male ego, you get a cocktail that doesn’t turn out too tasty?” Joseph Low, Negron’s civilian attorney and a Marine veteran, asked Naval Criminal Investigative Service Special Agent Matthew Marshall.

Low and Draher attorney Phillip Stackhouse, also a Marine veteran, played security footage apparently showing Rodriguez stumbling around, berating other New Year’s revelers and getting so aggressive with Gilmet that bouncers had to remove the contractor from the club.

But prosecutor Maj. Perry Duncan walked Marshall and two of Rodriguez’s friends through evidence that Draher had pushed and Negron had punched Rodriguez, knocking him to the ground and seriously injuring him.

The two sides differed about whether it looked like the contractor or the Marines instigated the violence.

The black-and-white security footage of the altercation, capturing the melee from a distance, was at times hard to parse even for Marshall, who had seen it multiple times as the case’s investigator.

Did Rodriguez poke Draher? How many punches were thrown, and by whom? Who ended up on the ground? It was hard for the special agent to say.

Low tried to introduce into evidence some security footage with labels that provided his interpretation of events, like “Josh stands up and is tackled by Rodriguez’s friend,” and “After Rodriguez falls, Eric goes to his side to administer aid.”

The judge, Lt. Col. Eric Catto, denied Low’s attempt to use the labeled video to question Marshall. The video seemed to him like the lawyer’s own testimony, Catto said, so while it might be acceptable for a closing statement, it would not do for cross-examination.

Irene Loewenson is a staff reporter for Marine Corps Times. She joined Military Times as an editorial fellow in August 2022. She is a graduate of Williams College, where she was the editor-in-chief of the student newspaper.