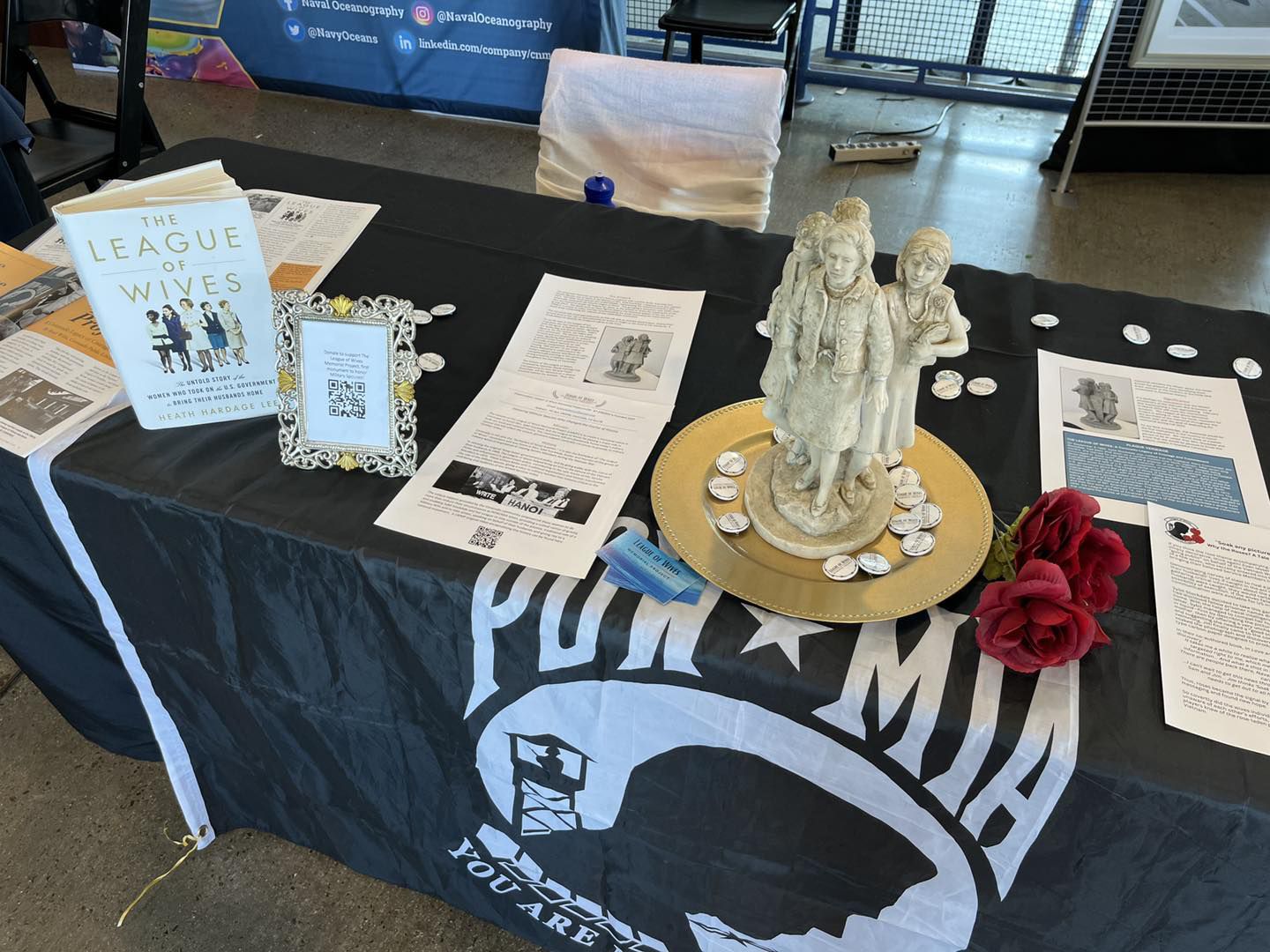 A bronze statue depicting the Vietnam-era League of Wives is the first public memorial to honor the advocacy and sacrifices of military spouses. Why has it taken so long to recognize these women — and military spouses more broadly? How has — and hasn’t — the role of the military spouse evolved over time? And what does this type of recognition mean for military spouses both past and present? A historian and two military spouses involved with the project share their insights.

Jennifer Barnhill is a freelance writer and columnist for Military.com, covering issues faced by military families. She is also the chief operating officer and lead researcher for Partners in PROMISE. Her research on military students in special education has been cited by the White House. Barnhill is the editor-in-chief of the National Military Spouse Network Day Career Connections Magazine and serves on the board of the League of Wives Memorial Project. She has a Master of Public Administration from the University of North Carolina Chapel Hill. She is also a Navy spouse of 16 years and a mother of three.

Heath Hardage Lee is an award-winning historian, biographer and curator who specializes in women’s history. Lee’s narrative nonfiction book, “The League of Wives: The Untold Story of the Women Who Took on the U.S. Government to Bring Their Husbands Home from Vietnam,” was published by St. Martin’s Press in 2019 and was optioned for a feature film by actress Reese Witherspoon and Sony Pictures. Lee’s exhibition, “The League of Wives: Vietnam POW MIA Advocates and Allies” about Vietnam, the wives of prisoners of war and those missing in action premiered at the Dole Institute of Politics in May of 2017 and continues to travel to museum venues all over the United States through 2023. Lee also writes about women’s history and politics for publications such as Time, The Hill and The Atlantic. Her next book is a biography of First Lady Pat Nixon and is set to be published in 2024 by St. Martin’s Press.

Christina Bagaglio Slentz received her commission to serve as an intelligence officer in the U.S. Navy upon graduation from the University of Notre Dame Naval Reserve Officer Training Corps program in 1995. Slentz is honored to be the first female in history to serve in Carrier Air Wing ONE, deploying aboard the USS George Washington. After five years of active service, she transitioned to the Naval Reserves for five years and worked in the national security private sector until moving overseas with her growing Navy family. Slentz has worked as a local community volunteer and Navy spouse mentor and advocate, largely devoting her efforts to command family readiness and military child educational wellbeing, for which she has been honored with the Dorothy M. Flatley Award, recognizing the Aviation Spouse of the Year (Atlantic), and the Meritorious Public Service Award, presented by Commander, Naval Air Forces in 2020. A native of California, Slentz returned to the state in 2016, as her husband became the commanding officer of Naval Base Coronado. He retired from the Navy in March 2020, and they now enjoy post-military life with their three children, as Slentz has embarked on her relaunch of professional life, working in the environmental nonprofit sector. Daughter of a Navy wife and granddaughter of an Army wife whose husband fought in Vietnam and whose son was killed in action in Vietnam, Slentz is deeply committed to the League of Wives Memorial Project.

The Spouse Angle is a podcast breaking down the news for military spouses and their families. Each episode features subject matter experts and military guests who dive into current events from a military perspective — everything from new policy changes to research on family lifestyle challenges. The podcast is hosted by Natalie Gross, a freelance journalist and former Military Times reporter who grew up in a military family.

Want more perspectives like this sent straight to you? Subscribe to get our Commentary & Opinion newsletter once a week.