Art and creativity in support of Ukraine 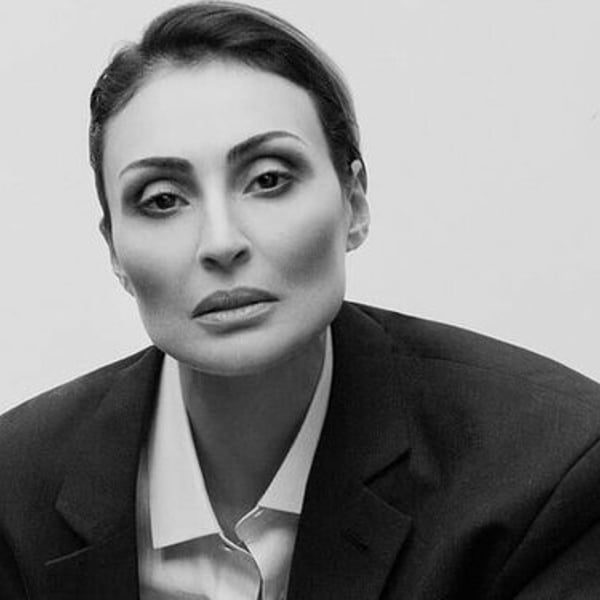 When Georgian Sofia Tchkonia decided in 2014 to launch her own fashion week to place Tbilisi on the fashion world map, the film-trained entrepreneur could not have imagined the path her project would take. After years of promoting local fashion abroad and organising a catwalk show with Mercedes-Benz, the director succeeded in attracting international attention to Georgian culture and gastronomy around a scene of designers and creatives who until then had only been associated with Demna, the Sukhumi-born talent who has been at the creative helm of Balenciaga for the past eight years.

After the pandemic hit, causing the event to jump to digital and search for a new location, Tchkonia decided to expand outside Georgia and organise the first edition of the fashion and culture fusion event “Kyiv Fashion & Art Days” at the end of 2021 in the Ukrainian capital. Just a couple of months later, Russia started invading Ukraine, changing the course of history and the way we understand roles and events in the fashion industry.

“I could not stand idly by in the face of the situation the world is going through”, said Tchkonia about the evolution of her work since last February, swapping front-row seats at fashion shows for activities like providing support for refugees at the Polish border, campaigning on social media and organising events in support of the Ukrainian people, as was the case with the replication of her fashion event in Kiev at the last New York Fashion Week. Undoubtedly, one question has been hovering over the industry for months: finding the right way to move forward with the appropriate support, without ignoring the brutality of a war that has not yet ended.

From fashion weeks to art: the hybrid future of events

Thus, before leading the organisation of the first post-pandemic MBFW Tbilisi, which will return to the capital in the spring, Tchkonia opted to hold a cultural event in support of Ukraine. A creative alliance, carried out by the collector and creator of the Kyiv Art Week International Festival and the Kyiv Art Fair, Eugene Bereznitsky; and the art specialist and promoter of Ukrainian culture, Serge Kerbitskyi. Held last November and organised only two months in advance, the charity event brought together a wide range of artists from both countries, and highlighted the role of creativity as a tool to fight propaganda, to put “what is important” on the media agenda and, perhaps, to try to heal wounds.

“The project was born of an idea to transform the concept of Art Week into an interdisciplinary format that we will be able to replicate in various forms in the future. We try to be open and pedagogical in order to approach a wider and less selective audience than contemporary art,” explained Bereznitsky during a visit to the ephemeral exhibition at the former Coca-Cola factory in Tbilisi.

The huge industrial space hosted classical and traditional music concerts, the live ceramic creations of Gorn Ceramics, the flaming performance sculptures of Ukrainian Roman Mykhailov, the colourful paintings of Levan Songulahvili, the sound pieces of Georgian Giorgi Gogoladze and even the portraits of Putin or Hitler portrayed as child dictators by the local independent collective Fungus Project, a regular collaborator in the capital’s fashion weeks, a series of paintings with fading stars in reference to the fall of the Soviet Union and a short film showing Ukrainian soldiers at the border being celebrated by the performance of a contemporary Marilyn Monroe.

On the partnerships needed between the two countries, Bereznitsky made it very clear. “We have to weave links between our cultures. We share the same historical experience, the same borders and the same enemy”, the art expert said, reflecting on the inevitable synergies. He added: “It is essential to fight on a cultural level because art is a fluid mechanism to reach out to the public. Sometimes it is easy to use popular culture for propaganda purposes, which Russia has always done. On the other hand, it is more difficult to manipulate culture and creativity. Moreover, art has functioned as a way to temporarily host a handful of Ukrainian creatives who, in the midst of war, are legally not allowed to leave the country.”

The French street artist JR, known for his impressive black-and-white photographs that ephemerally take over famous landmarks, is a case in point. For the occasion, the street artist teamed up with the Ukrainian wedding photographer Marina Karpiy, who shot 128 black-and-white portraits of children, as part of his project “Inside Out”, which celebrates the diversity of communities around the world.

The images immortalise the faces of refugees, most of them from the war in Ukraine and a few from the Russian invasion of Georgia in 2008. Lost gazes printed in XXL format were carefully placed on the cobblestone floor of the immense monument that overlooks the city of Tbilisi from a mountain. Sixteen immense pillars, standing around 30 metres high, which were installed in 1985, narrate the country’s millenary history and serve as a backdrop to the homage paid to the victims of the war.

The arts festival also celebrated music and dance with two ballet performances, one of them organised at the iconic nightclub Bassiani. A techno music venue located in the Dinamo Arena sports space, a former Soviet swimming pool, which has become a cultural centre of reference in the capital and a safe space for the LGTBI+ community.

In this spirit of peacefully defending Ukrainian people and human rights, combined with promoting the Ukrainian artistic and fashion scene, Tchkonia will once again organise the MBFW Tbilisi next spring. It will certainly be a project to keep an eye on in order to understand the evolution and trends of the creative scene outside the mainstream.