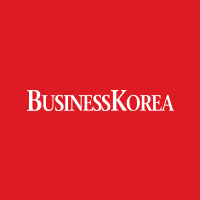 The author is an analyst of NH Investment & Securities. He can be reached at jaekwang.rhee@nhqv.com. — Ed.

According to media reports, the Egyptian defense industry has agreed to local production of the FA-50. If all Egyptian jet trainers are replaced, exports of about 100 units are expected, and KAI, the manufacturer of the FA-50, and Hanwha Aerospace, which manufactures engines for the FA-50 under license, should benefit.

According to defense analyst firm Janes, members of the Arab Organization for Industrialization (AOI) have met with South Korean government officials (Seol Hoon, member of the National Defense Commission, and Hong Jin-wook, Ambassador to Egypt) and senior executives from KAI and Hanwha Aerospace to agree on local production of the FA-50.

The National Organization for Military Production (NOMP) and the AOI are Egypt-based defense organizations that are directly controlled by the country’s Minister of Defense. As a multinational military organization, in which Egypt, Saudi Arabia, the UAE, and Qatar are participating members, the AOI mainly engages in joint production with foreign companies. It boasts 9 factories and 18,000 employees.

Currently, Egypt operates 117 Chinese-made trainer aircraft (K-8E Karakorum), which are scheduled for early retirement due to reliability issues. If all units are replaced, approximately 100 FA-50s are set to be exported. To date, 203 T-50 family aircraft, including the FA-50, are operating, and 76 are in production.

KAI and Hanwha Aerospace to benefit

As there has yet to be an official announcement, we still have to wait for the outcome of the negotiations. However, we believe that the possibility of exports is increasing. If negotiations are concluded successfully, KAI, the manufacturer of the FA-50, and Hanwha Aerospace, which produces the engine (GE F404) for the FA-50 under license, should benefit.