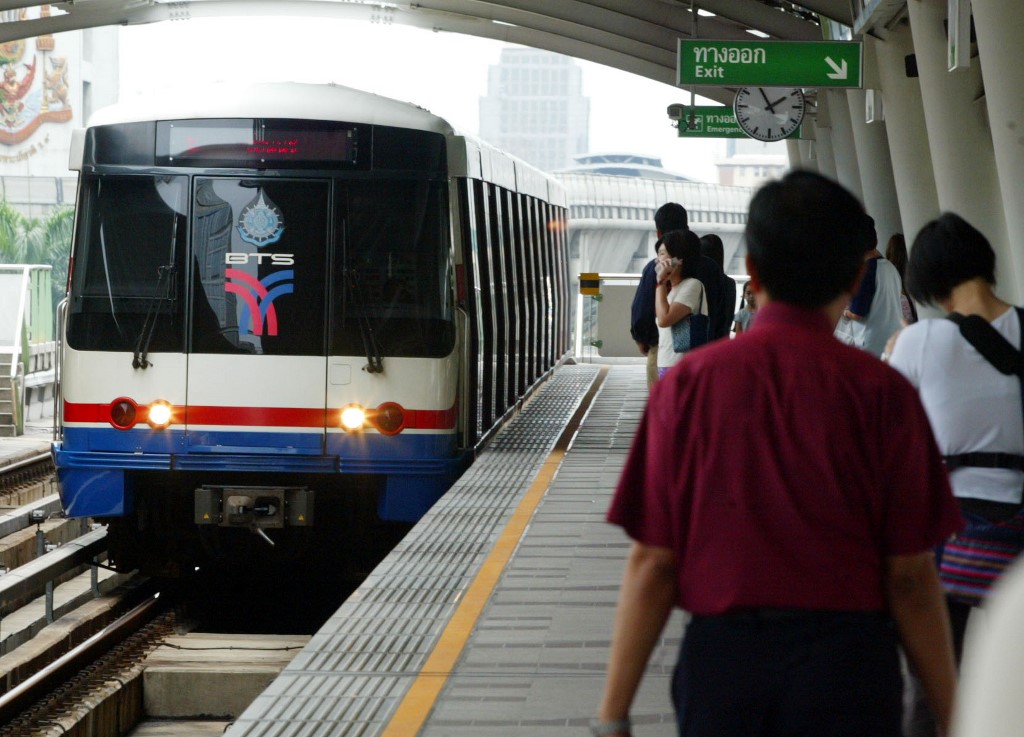 Bangkok commuters are crossing their fingers and hoping that the Central Administrative Court will stop the maximum BTS Skytrain fare being raised from Bt65 to Bt104 on February 16.

The BTS network currently runs for 68.25 kilometres via 59 stations in Bangkok and the neighbouring provinces of Samut Prakan and Pathum Thani.

MPs from Bhumjaithai Party, which is in charge of the Transport Ministry, have petitioned the Central Administrative Court for an injunction to stop the fare hike, after the Bangkok Metropolitan Administration (BMA) threw its support behind the move. The government, meanwhile, looks unlikely to intervene in time.

What led to the drastic fare hike?

On February 1, BTSC told the BMA it must pay up or the Skytrain services may be disrupted due to its debt burden.

“If we finally crumble under unpaid debts, Green Line services will be in turmoil,” said a BTSC executive.

The dispute stems from late last year, when the government reportedly postponed making a decision on whether or not it will accept BMA’s request to extend BTSC’s Green Line operating concession from 2029 to 2059. The deal would have capped the maximum fare at Bt65 and seen BTSC paying BMA a Bt200-billion share of BTS revenue. The concession would have also spared BMA the interest expenses of Bt1.3 billion per year.

Sources say the BMA has maintained pressure on the government to accept the concession-extension deal. However, the issue has not made it to the Cabinet yet due to concerns that the opposition will use it to attack the government during the upcoming no-confidence debate on February 16.

Deputy Prime Minister Wissanu Krea-ngam confirmed the BTS issue is not on the agenda of the Cabinet meeting on Tuesday (Feb 9), adding he does not think the government will be able to intervene before the February 16 fare hike.

Bangkok Governor Aswin Kwanmuang insists the fare hike is reasonable, given the government paid nothing for construction of the BTS network, or the Green Line.

Meanwhile, the BMA has already agreed to shoulder the losses of between Bt3 billion and Bt4 billion on the operation of the Green Line extension each year.

Construction of the original Skytrain network – the 17-km Sukhumvit Line from Onnut to Mo Chit and the 6.5-km Silom Line from National Stadium to Saphan Taksin – was paid for by BTSC itself. Opened in 1999, it lost money in its first 10 years, broke even in the next 10 years and only recently began making a modest profit.

“But the government paid for the construction of other lines,” Aswin lamented. “We will not delay the move to raise fares because we must provide the firm [BTSC] with compensation.”

Aswin blames the government for refusing the concession-extension proposal. “If the Cabinet approves the proposal, there will be no problem,” he said.

The BTSC and BMA have complied fully with the Public-Private Partnership Act and would welcome any probe into their actions, including by the National Anti-Corruption Commission, he added.

Is it fair to passengers?

Between 700,000 and 800,000 passengers ride the BTS each day. Forcing them to pay up to Bt104 for a single trip is unreasonable, said the Foundation for Thai Consumers.

“With fares set this high, the BTS will only be an option for some. Not everyone will be able to ride it, and it will no longer be a proper mode of public transport,” the foundation said.

On the new rate, a BTS return trip would cost a worker on minimum wage more than 60 per cent of their daily earnings. In contrast, metro fares in Paris, London, Tokyo, Singapore and Hong Kong only cost 3 to 9 per cent of the daily minimum wage.

Passengers say the new BTS Green Line fares are exorbitant even when compared to other electric lines in Thailand. From February 16, Green Line fares will range from Bt14 to Bt104 per trip. A trip on the Blue Line and Purple Line costs between Bt17 and Bt42 – or Bt70 to travel their full length of 53 stations.

Democrat Party deputy leader Samart Ratchapolsitte, a former deputy Bangkok governor, said passengers’ woes over the fare hike can be prevented if the central government agrees to shoulder the BMA’s financial losses or if the BMA agrees to cut its share of BTS benefits.

However, a more holistic approach is recommended by Sumet Ongkittikul, research director of Transportation and Logistics Policy at the Thailand Development Research Institute.

“The government should take into account the public and economic benefits when developing such projects,” he said. “It must also think about how to connect all the electric lines without making the total fare too high.”

Sumet warned that without proper planning of the network’s expansion over the next five years, a commute that combines several lines may cost hundreds of baht.