Why High-End Dive Watches Are Getting Increasingly Complicated

By design, divers are among the most minimal of tool watches: Take a simple, legible dial in a waterproof case, add some lume and a rotating bezel, and you’re in business. It’s a straightforward recipe for a utilitarian timekeeper, but for watchmakers looking to flex their haute-horology skills—and add the price tags to match—that simplicity has been a barrier to fully cashing in on the hugely popular category. Many high-end complications are not only unnecessary underwater but can also limit readability, making the dive watch less suited to, well, diving. Yet a growing number of brands are throwing logic to the wind, elevating submersible tool watches with the types of mechanics typically reserved for vault-worthy dress pieces.

Take Panerai’s EcoPangaea, announced last year and available this month, which is equipped with a GMT function—in case you need to check the time in Zurich while exploring the ocean floor—and a tourbillon as well, the first in the brand’s Submersible line. (For $189,000, each of the five pieces also comes with a once-in-a-lifetime opportunity to test the watch’s technical prowess in the wild by joining professional explorer Mike Horn on an arctic expedition.) More iterations are expected later this year.

And while a tourbillon diver might be an unprecedented move for Panerai, a company that has outfitted the Royal Italian Navy since 1938, the category itself is nothing new. The Roger Dubuis Easy Diver SED, Richard Mille RM 025, Angelus U50 and U51, and MB&F HM7 Aquapod all set the stage, while setting off a seemingly perennial exercise in creating the most outrageously ornate dive watches possible—understandable, perhaps, when you consider that each of those watches is priced in the five- or even six-figure range. 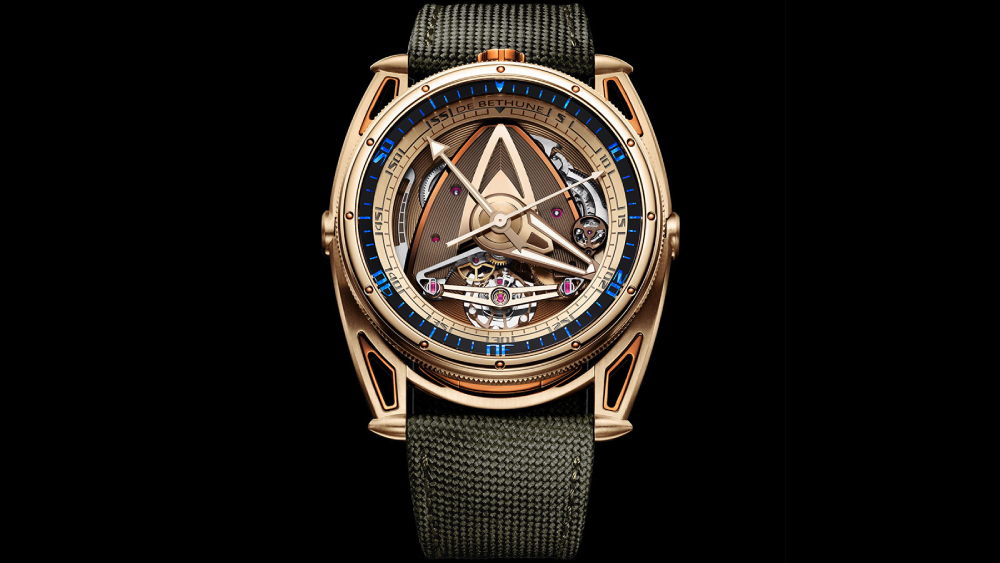 Last October, De Bethune dropped the $110,000 DB28GS Yellow Submarine, with a mechanical light source that illuminates both the dial and the interior movement, a feature the brand says was as painstaking to create as the timbre of a minute repeater. Limited to 25 pieces, it’s housed in a titanium-and-zirconium case specially developed to appear like the warm hue of sunlight at depths of nearly 350 feet. Even Doxa, known for its sub-$5,000 Subs, couldn’t resist a grab for deeper pockets with its Sub 200 T.Graph, from 2019, a solid 18-karat yellow-gold iteration with chronograph and date functions—for $71,900. For a bit less, you could buy a Patek Philippe Nautilus in the same material or eight Rolex Submariners.

Gold, of course, is a particularly heavy proposition to float for underwater adventures. But as with the rest of these examples, consider it a victory of form following function, with the function now being to show up the guy next to you, even out of the water.

The Fruitful History of the Greenwich Villa in Bridgerton