What are burn pits? Why are military veterans worried about them?

Burn pits are well-known within the military community, but the reasons for using them and the dangers that accompany them are less familiar to the American public. With the topic gaining prominence in recent months, here’s a look at the issues surrounding burn pits and the help veterans could receive in dealing with their effects.

What are burn pits?

Until the mid-2010s, burn pits were commonly used in Iraq, Afghanistan and other overseas locations to dispose of waste collected on military bases. That included items that produced dangerous toxic smoke when burned, such as plastics, rubber, chemical mixtures and medical waste.

In some locations, the fires were massive operations. At Joint Base Balad — one of the largest military bases in Iraq — the burn pit covered nearly 10 acres, with the resulting smoke passing over the entire base as winds shifted.

In 2008, Military Times began reporting about service members returning from war zones with unusual respiratory illnesses they believed were linked to the toxic fumes. Since then, numerous studies and reports have suggested links between the poor air quality and rare cancers found in increasing numbers among post-9/11 veterans.

The Department of Defense has estimated nearly 3.5 million troops from recent wars may have suffered enough exposure to the smoke to cause health problems. 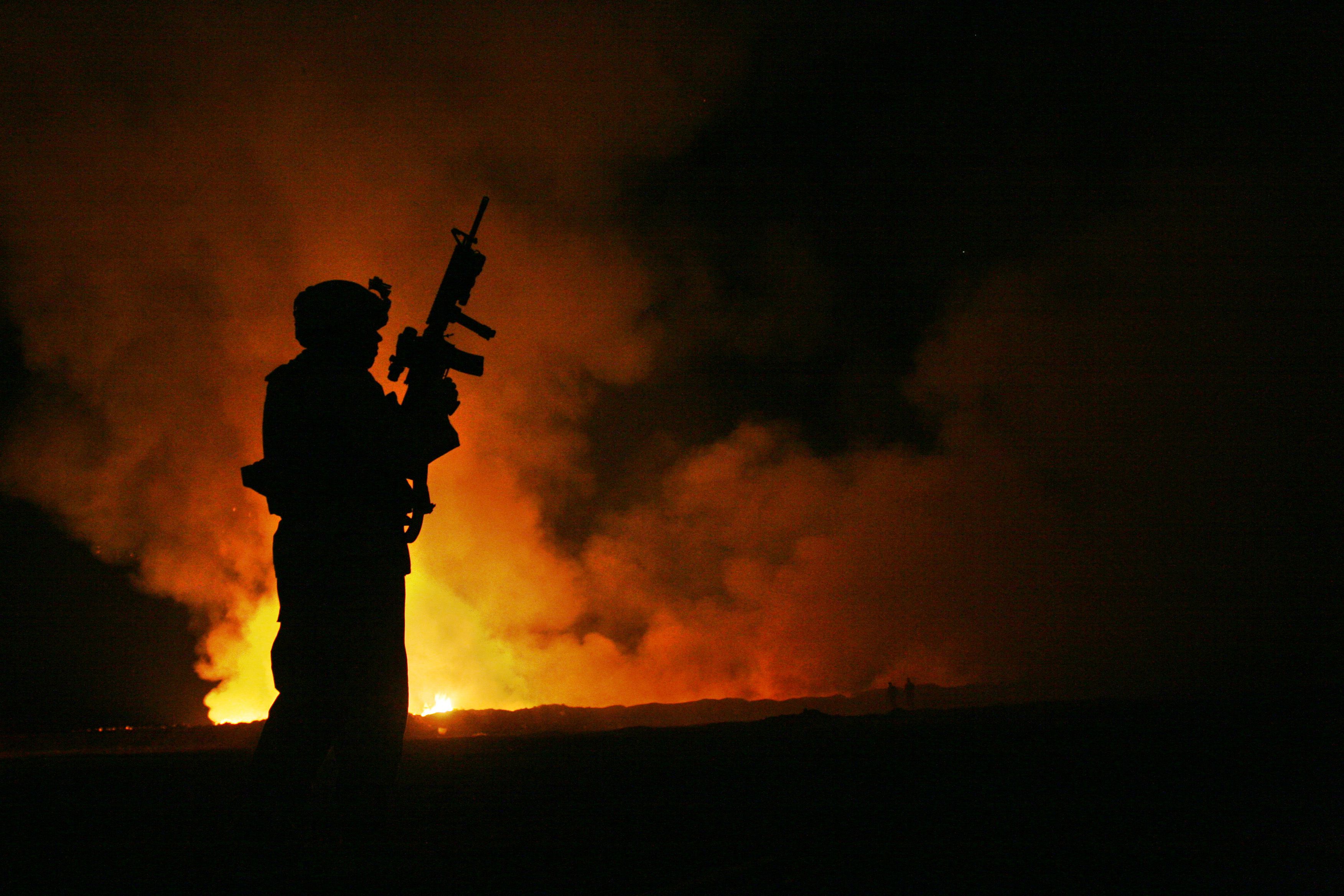 Why is there a fight over disability pay related to burn pits?

Because the Defense Department did not keep clear records of what was burned in the waste pits, the exact toxins in the smoke are unknown. And while the pits were widely used, individual service members were not monitored for their exposure to the smoke, making it unclear if later illnesses were connected to that or to other life events.

As a result, the Department of Veterans Affairs has for years resisted calls to link many rare illnesses to suspected burn pit exposure, saying that the scientific backing for the argument is too weak. Advocates say that has deprived tens of thousands of veterans of disability pay and medical reimbursements.

VA officials have relented in that stance in the last year, awarding presumptive benefits status (where veterans don’t have to prove their medical conditions are linked to their time in the military) to any post-9/11 veteran who contracts asthma, rhinitis and sinusitis within 10 years of of their overseas service.

But advocates say that should go much further, to include many more illnesses and extending for longer after their overseas tours ended. Does the US still use burn pits?

The Department of Defense has not formally banned burn pits. However, troops have scaled back the use of burn pits.

While burn pits are considered something of a last resort, according to Defense Department policy, at least nine of them were still in operation in early 2019, per an a report to Congress in April of that year to Congress from the under secretary of defense for acquisition and sustainment. In the report, the Pentagon acknowledged that burning hazardous waste, tires and plastic in open pits creates dangerous fumes, but it was still done during deployments if the local combatant commander can’t find a suitable alternative.

From 2008: Troops say chemicals and medical waste burned at Balad are making them sick

What has changed recently?

Veterans groups have been working to highlight the issue of burn pit injuries for more than a decade, but the subject has gained widespread public awareness after President Joe Biden included the topic in his State of the Union address on March 1.

Biden has discussed the issue in the past, but including new benefits and research into the topic as a priority in the annual address puts focus on the issue on a higher level than ever before.

The president’s personal connection to the problem has also played a part. Biden’s son Beau served in Iraq with the Delaware Army National Guard and died in 2015 from a rare brain cancer. Biden has said he doesn’t know if burn pits caused his son’s cancer, but he suspects there was a link.

The story also gained attention from national news outlets and programs such as “The Problem With Jon Stewart.

On Aug. 2, Congress finalized the Promise to Address Comprehensive Toxics Act, which would extend new health care access and disability benefits to about 3.5 million veterans, including burn pit victims. President Joe Biden is expected to sign the measure into law on Aug. 8.

3D animation shows the inner-workings of an AR-15