‘We will not forgive,’ Biden says after 13 US deaths in Kabul

The Pentagon said that another 15 American service members were among the injured.

“It’s a hard day today,” Gen. Frank McKenzie, commander of the U.S. Central Command (CENTCOM), told Pentagon reporters by video call. “Two suicide bombers, assessed to have been ISIS fighters, detonated in the vicinity of the Abbey Gate at Hamid Karzai International Airport and in the vicinity of the Baron Hotel, which is immediately adjacent.”

The attack at the Abbey Gate was followed by a number of Islamic State gunmen who opened fire at civilians and military forces, the general said. The explosion occurred during the screening process to let people inside the airport, he said.

President Joe Biden told reporters later Thursday that the U.S. will go after the culprits.

“To those who carried out this attack, as well as anyone who wishes America harm, know this: We will not forgive. We will not forget. We will hunt you down and make you pay,” he said in televised remarks.

Biden said he had ordered his commanders to find ways to target ISIS-K assets, leadership and facilities. “We will respond with force and precision at our time, at the place we choose and the moment of our choosing,” he said.

ISIS-K, the Afghan affiliate of the Islamic State, claimed responsibility for the attacks earlier in the day.

Biden also said the U.S. will try to continue helping those Afghans who had aided in the mission to leave the country beyond his stated deadline of Aug. 31.

He said his focus is on “ensuring that another attack of this nature does not occur,” because “typically, the pattern is multiple attacks.”

Asked whether there were any discussions about sending additional U.S. troops to the Kabul airport, McKenzie said that “we assess we have the forces we need to protect ourselves there.”

“I’m always in a constant dialogue with the secretary” of defense, the general said. “If I needed anything else, I’d be talking to him immediately. But I think we have what we need to protect ourselves.”

Biden said later that he would send in more as necessary. “Whatever they need, if they need additional force, I will grant it,” he said. 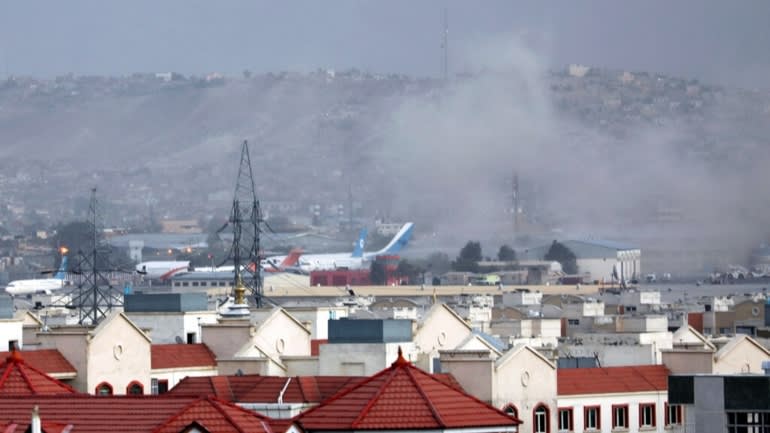 Smoke rises from explosion outside the airport in Kabul on Aug. 26. The explosion went off where thousands of people have flocked as they try to flee the Taliban takeover of Afghanistan.    © AP

The attack appeared to be an attempt to sow even more chaos around already chaotic scenes at the capital’s international airport. Since the Taliban took control of Kabul in this month, Afghans desperate to leave the country have thronged the airport and its surroundings.

“Terrorists took their lives at the very moment these troops were trying to save the lives of others,” U.S. Secretary of Defense Lloyd Austin said in a statement. “We mourn their loss. We will treat their wounds. And we will support their families in what will most assuredly be devastating grief.” 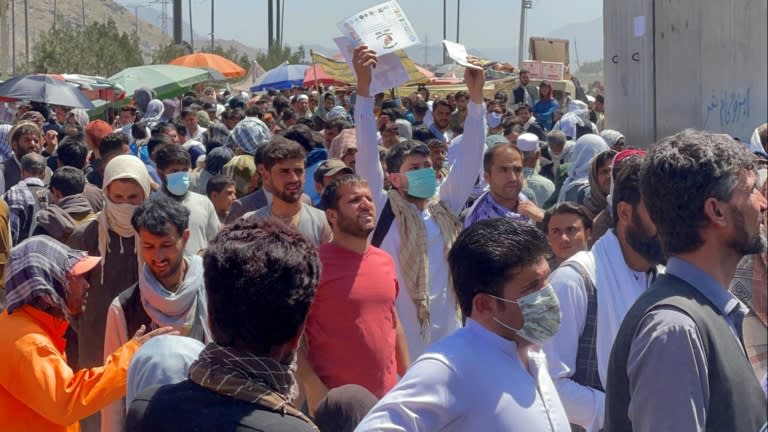 Crowds of people show their documents to U.S. troops outside the airport in Kabul on Aug. 26.   © Reuters

The U.S. Embassy in Kabul on Thursday instructed American citizens to avoid traveling to the airport and its gates at this time, although McKenzie said evacuations were continuing. The Biden administration had been bracing for the possibility of an attack at or near the Kabul airport by terror groups like the Islamic State.

Japan has deployed three Self-Defense Forces planes to airlift Japanese nationals and Afghan staffers from the embassy and the Japan International Cooperation Agency. Dozens of Foreign Ministry and SDF members are believed to be at the Kabul airport facilitating the two-day mission through Friday.

“We have not received any information that SDF members on the ground have been hurt,” an SDF spokesperson told Nikkei. 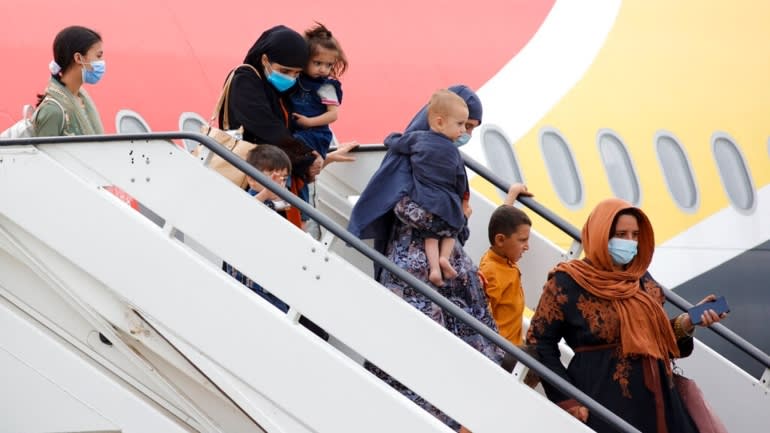 People disembark from a Belgian chartered plane at a military airport in Melsbroek, Belgium, after being evacuated from Afghanistan on Aug. 26.   © AP