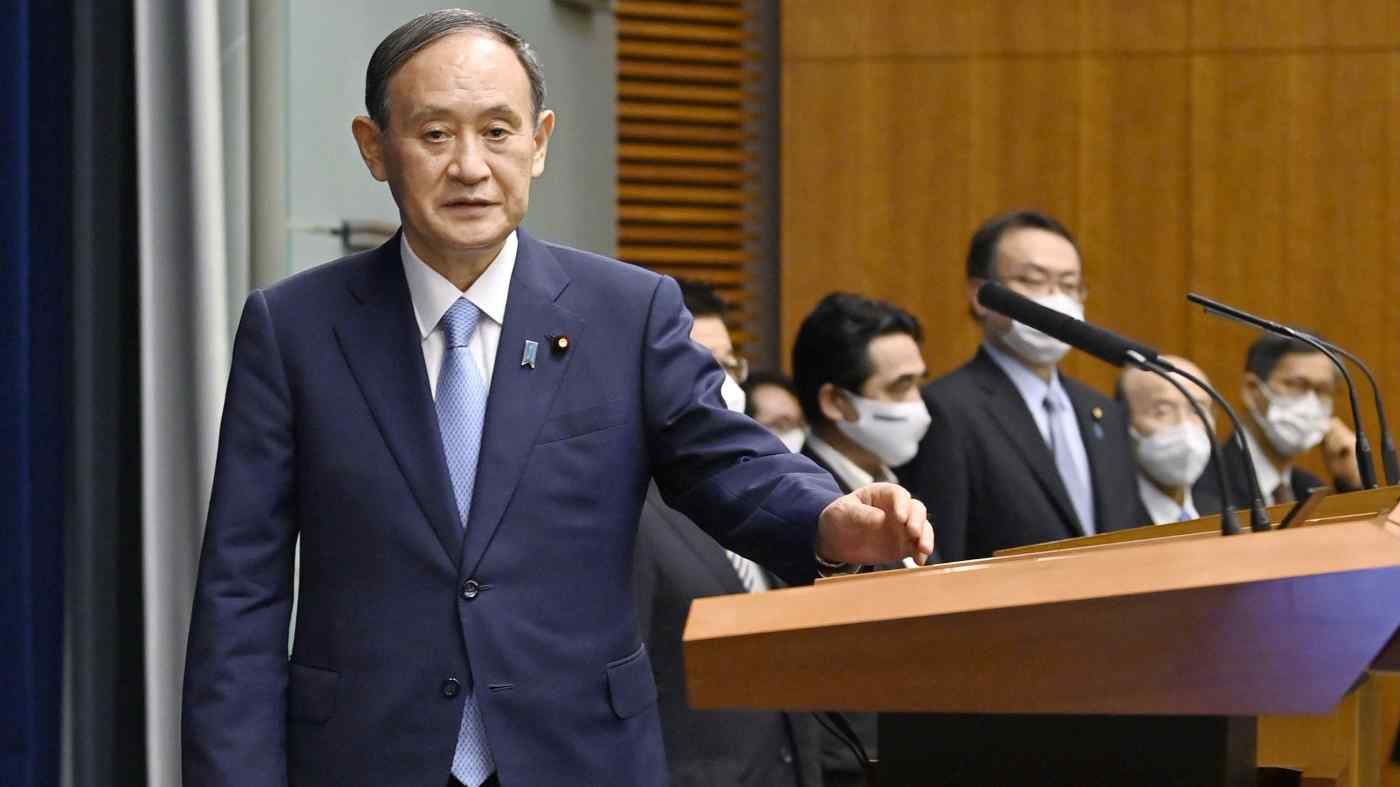 The approval rating of Japanese Prime Minister Yoshihide Suga’s cabinet continues to slump amid dissatisfaction with the government’s handling of the pandemic.   © Kyodo

TOKYO — Japanese Prime Minister Yoshihide Suga is increasingly unlikely to call for an early snap election, with his ruling Liberal Democratic Party expected to vote on its next leader in September following Sunday’s setback in the Yokohama mayoral race.

Hachiro Okonogi, who had been supported by Suga and the LDP leadership, lost to opposition-backed Takeharu Yamanaka in the Yokohama election. Suga’s home district covers parts of Yokohama, where he served on the city council before winning election to the lower house.

The Suga cabinet’s approval rating continues to slump amid dissatisfaction with the government’s handling of the pandemic. LDP members have called for the party to hold a presidential race before a lower house election to regain its footing. A senior party official indicated that the LDP president should be voted on first in light of Sunday’s mayoral election result.

The LDP’s presidential election committee will convene Thursday to determine the schedule for selecting the next party leader. The timeline will likely see the race kick off Sept. 17 and votes tallied Sept. 29.

“The prime minister wasn’t able to solidify the LDP base,” according to an internal analysis. A national Nikkei public opinion poll in July showed 38% support for the LDP and 9% support for the opposition Constitutional Democratic Party, which endorsed Yamanaka.

The LDP’s inability to settle on a single candidate — regional and local members split their support with another candidate — and protest votes against the Suga government likely contributed to Yamanaka’s win in Yokohama.

Suga has reiterated that responding to the pandemic is his top priority. The current state of emergency covering many of Japan’s metropolitan areas is set to expire Sept. 12. If the decree is lifted by then, there would still be time to dissolve the lower house, but daily COVID-19 cases continue to reach new highs.

The ruling parties increasingly oppose dissolving the lower house while the public is asked to limit activity in accordance with the emergency decree. Wary of campaigning when the cabinet’s approval ratings are low, lawmakers are inclined to push the election closer to the Oct. 21 end of their term.

Former Prime Minister Shinzo Abe and LDP Secretary-General Toshihiro Nikai have continued to support Suga, though some in the party seek a fresh face for the general election.

Candidates running for LDP president must garner endorsements from at least 20 party lawmakers. Voting in the party’s presidential race would be open to regional representatives, as well as rank-and-file members. Through openly engaging in policy discussion, some see the opportunity to build momentum toward a general election.

Should the next LDP president be chosen in September, a general election could be held as lower house members finish their term, or a special parliamentary session could be convened to dissolve the lower house. If Suga is reelected, he would have the opportunity to reboot by reshuffling the cabinet and party leadership.