In the post-lockdown era where travellers are prioritising ease of travel with minimal stops, the world’s second smallest country presents a desirable central point from which Asian travellers can access France and Italy in a single trip 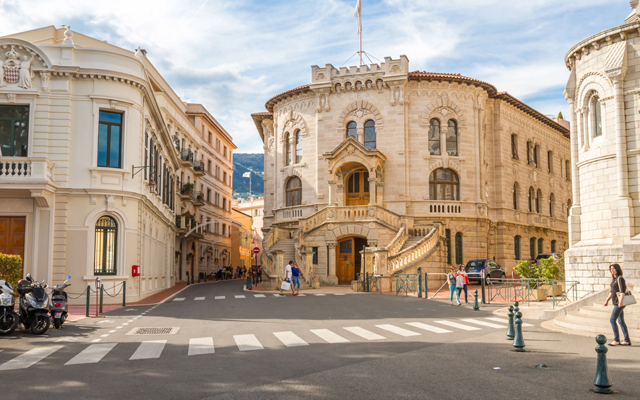 Strategically located in the heart of Europe, Monaco works brilliantly as a base destination for travellers in Asia looking to pack three countries into one European itinerary.

There is no better way to explore the exciting French Riviera or Cote d’Azur – the southeastern coast of France dotted with some of the world’s most celebrated beaches and destinations, including Nice, Cannes and Saint Tropez – from the world’s second smallest country.

Monaco is only a little less than 40 minutes away by ground transport to Italy. A helicopter ride will only require seven minutes to Nice.

From Nice Cote d’Azur International Airport, visitors can reach Monaco within 35 minutes by ground transport too.

Benoit Badufle, regional director for the Promotion Bureau of the Principality of Monaco in Asia, told TTG Asia: “It is normal that many first time visitors travelling from Asia to Monaco will seek to optimise their trip by discovering tourist attractions that are easily accessible, and those abound in that amazing region of Southern Europe graced by an excellent climate, and tucked between the blue Mediterranean sea and the Alps mountain chain.”

Monaco’s highlights
To kickstart the three-country journey, travellers can begin with Monaco’s attractions.

Tourists can stay at the Fairmont Monte-Carlo or Le Meridien Beach Plaza hotel for stunning views over the Mediterranean Sea or at the summer highlight, the Monte-Carlo Beach Hotel.

Those who want to arrive in style can hop on a helicopter and check into the grand and luxurious Prince Rainier III Suite or Princess Grace Suite at Hotel de Paris Monte-Carlo.

While there, dine at three-Michelin-starred restaurant, Le Louis XV – Alain Ducasse and visit one of the exclusive hidden gems of Monaco, the underground wine cellars, which are rarely open to the public except during special events.

For an authentic taste of Monaco, head to the Condamine Market to discover regional and local products, and mingle with the locals while savouring barbajuans, socca and fougasse.

Indulge in invigorating massages and ancestral beauty rituals at Monte-Carlo Bay Hotel & Resort and get pampered with seawater-based treatments at Thermes Marins Monte-Carlo too.

Tourists can also snag great buys at well-known shopping belts such as the One Monte-Carlo and the Metropole Shopping Center housing 80 boutiques.

For more unforgettable experiences, they can also watch a performance at the historical Opera de Monte-Carlo; tour the old town, Monaco-Ville; visit the well-loved Oceanographic Museum, the Cathedral and the Prince’s Palace; and try their luck at the majestic Casino de Monte-Carlo, built in 1863.

France’s appeal
From Monaco, travellers can journey to other coastal cities along the Mediterranean  – easily accessible by train, bus, or within a one-hour drive.

After arriving in Nice, the fifth-largest French city well-known for its unique art and culture on the riviera, visitors looking to lap up all the lux and glamour can venture towards iconic beach towns nearby such as Saint Jean Cap Ferrat and Beaulieu-sur-Mer or to artsy Cannes in the opposite direction.

Travellers keen to up their quotient on the sightseeing ante can trek through scenic villages like Antibes, Eze, Villefranche-sur-Mer, Vence and Grasse instead.

One of the most colourful and charming seaside towns in South France is Villefranche-sur-Mer, which citadelle and old city date from the 17th century, while Vence is a laidback, charming off-the-tourist-radar town. Its small neighbour, Saint Paul de Vence, is an artistic hotspot on the French Riviera, complete with contemporary art museums and galleries.

Curious travellers can go on a perfumery tour in Grasse, the world’s mecca of the perfume industry. Closer to Monaco, they can personalise their own bottled scent at Fragonard and Gallimard perfumeries branches in Eze-sur-Mer.

All these locations are easily accessible from Monaco, making day-trips a very convenient option.

For those who want to follow the road made famous by Grace Kelly and Cary Grant in Hitchcock’s To Catch a Thief, as they picnic while admiring the view over Monaco, they can access it from the village of La Turbie, France – here they can admire the 2,000-year-old tower, Trophy of Augustus, which once marked one of the frontiers of the Roman Empire.

Located nearby La Turbie is the Monte-Carlo Golf Club. Managed by the Monte-Carlo SBM group, the golf course sits 900 metres above sea level, boasting vantage views over the Mediterranean Sea, and the Alps in the background.

Italy’s attractions
Within an hour of a scenic drive along the coast, travellers can also easily head east to border cities – Ventimiglia, Bordighera, and San Remo in Italy – from Monaco too.

Drop by lovely Bordighera – stop at the giant ficus-trees-adorned parking space flanking the old village and check out this authentic gem with its original post office on the Church’s square.

While there, make a beeline for one of the several trattorie – well-loved by locals – serving scrumptious fare and explore Villa Garnier, historic home of architect Charles Garnier of Paris Opera House fame.

San Remo, is an old resort city, well-known as a tourist destination on the Italian Riviera for 150 years.

A host city of cultural events and a shopping hotspot, San Remo is one hour’s drive away from Monaco. Shopaholics can also stretch their dollars at its outlet store, The Mall, selling discounted past collections of Italian designers.

Badufle shared: “Experiential tourism, a type that we endeavour to promote in Monaco, is all about that. It is not about ticking boxes – it is about enriching oneself, discovering other cultures, being charmed by the ways of the locals, and taking away some of it back home.”

For those who are set on sightseeing

For those who want to live the high life


THE FIRST E-COMMERCE SPECIALIZED ON TRUFFLES AND TRUFFLE PRODUCTS – TRUFFLEAT.IT