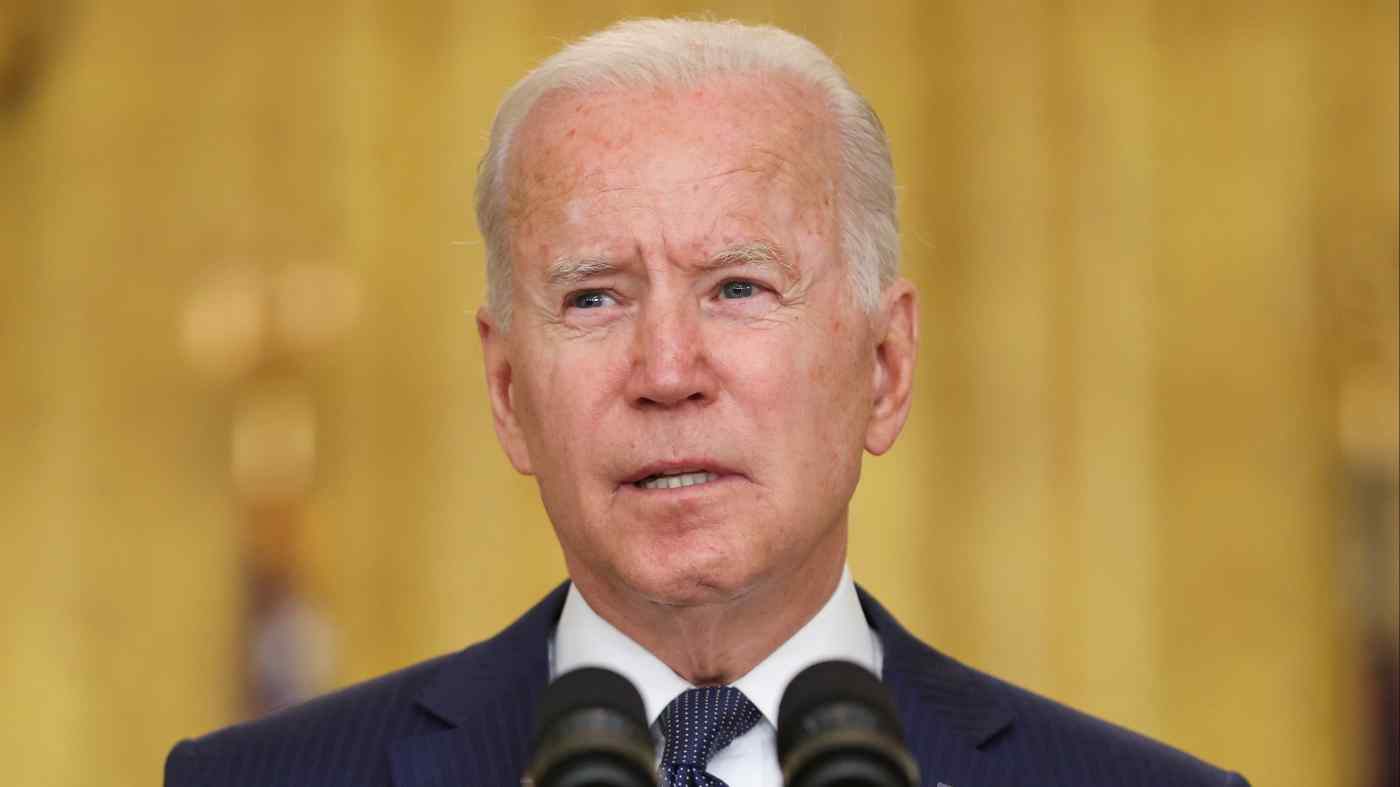 President Joe Biden vowed on Thursday that the United States would hunt down those responsible for the attack, and said he had ordered the Pentagon to come up with plans to strike at the perpetrators.   © Reuters

WASHINGTON (Reuters) — The United States launched a drone strike against an Islamic State attack “planner” in eastern Afghanistan, the military said on Friday, a day after a suicide bombing at Kabul airport killed 13 U.S. troops and scores of Afghan civilians.

President Joe Biden vowed on Thursday that the United States would hunt down those responsible for the attack, saying he had ordered the Pentagon to come up with plans to strike at the perpetrators.

“Initial indications are that we killed the target. We know of no civilian casualties,” a U.S. military statement said. It did not say whether the target was connected with the airport attack.

A U.S. official, speaking on the condition of anonymity, said the strike was against an Islamic State militant planning future attacks.

A reaper drone, which took off from the Middle East, struck the militant while he was in a car with an Islamic State associate, the official said. Both are believed to have been killed, the official added.

Islamic State Khorasan (ISIS-K), an affiliate of militants who previously battled U.S. forces in Syria and Iraq, said it had carried out Thursday’s attack, which killed dozens of people – including Afghans who were trying to leave the country.

In addition to the 13 U.S. troops killed, 18 injured were flown to Germany.

There are roughly 5,000 U.S. troops at Kabul’s airport, helping to evacuate American citizens, at-risk Afghans and other nationalities before Biden’s Tuesday deadline.

Thursday’s attack marked the first U.S. military casualties in Afghanistan since February 2020 and represented the deadliest incident for American troops there in a decade.

“We will not forgive, we will not forget. We will hunt you down and make you pay,” Biden said Biden shedding support from independent voters as Delta variant spreads in remarks at the White House on Thursday.

He appeared to be fighting back tears and his voice cracked with emotion as he talked about the American “heroes” who died. He ordered flags at the White House and public buildings around the country to be lowered to half-staff.

Biden defended his handling of his most serious foreign policy crisis, saying ultimately it is his responsibility, while assigning some blame to his predecessor, Republican Donald Trump, for the 2020 agreement Trump negotiated with the Taliban.

U.S. forces in Kabul have been anticipating another attack from Islamic State militants.

Late on Friday the U.S. Embassy warned that Americans should avoid traveling to the airport because of security threats, and those at the Abbey, East, North or Ministry of Interior gates should leave immediately.

China extends hand to Taliban for rebuilding with eye on Xinjiang