Uranus Retrograde 2021 Will Challenge You to Change Your Perspective — and Then, Your Life 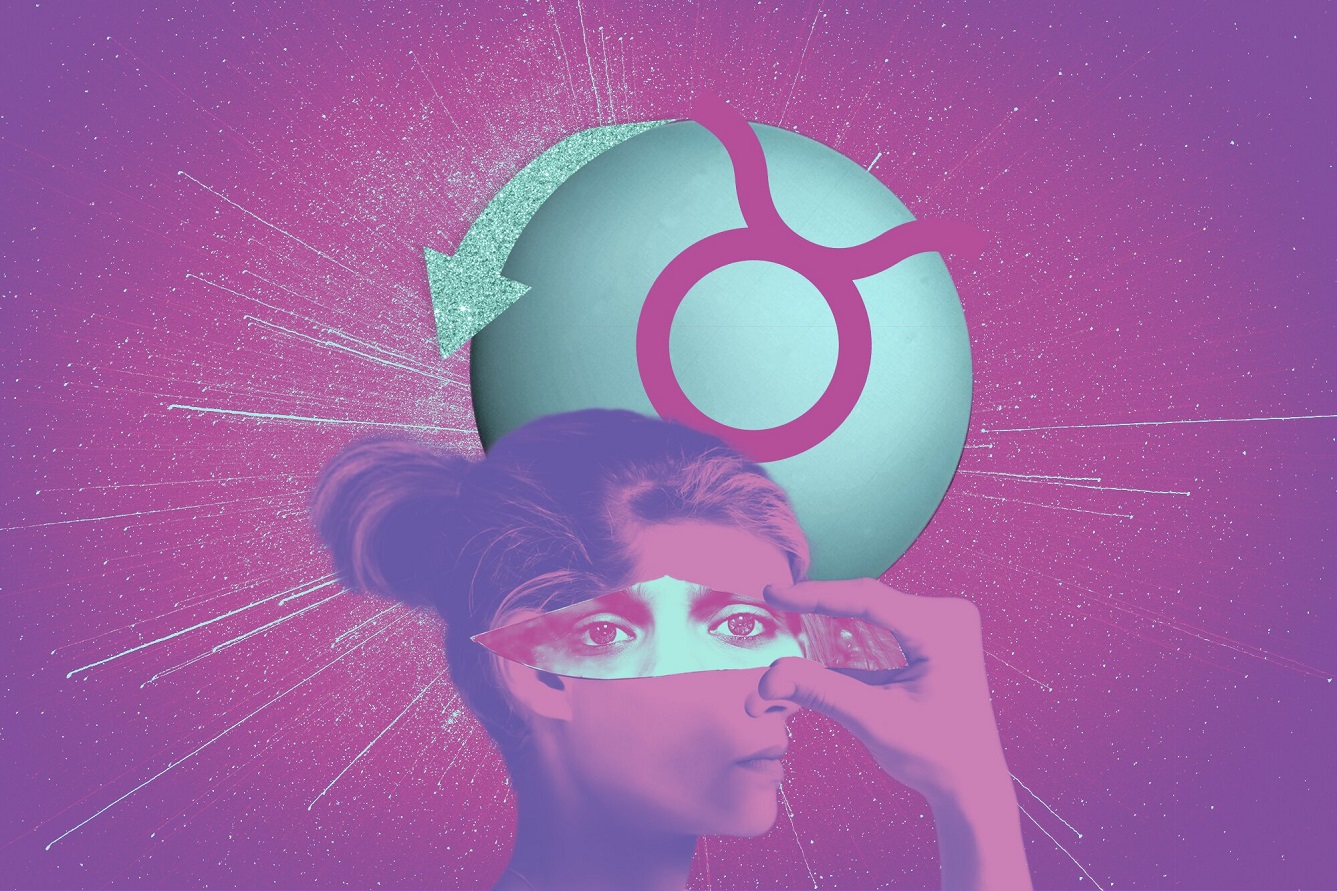 Mercury is far from the only planet that throws a wrench in the status quo when it goes retrograde. Uranus, the planet of rebellion, revolution, and creative breakthroughs, kicked off its retrograde on August 19, inspiring you to look inward to create change until January 18, 2022.

Because the transit is happening in resolute fixed earth sign Taurus, you’ll have the opportunity to make slow, steady, grounded steps toward understanding what needs to shift in your life — and moving in that direction.

Here’s what you need to know about Uranus’ backward turn this year.

What It Means When Uranus Is Retrograde

The ringed planet, which oversees rebellion, enlightenment, progress, inventiveness, and sudden, electrifying change, is a transpersonal (aka outer) planet that spends approximately seven years in a sign. It goes retrograde — in other words, appears to move backwards from our vantage point on earth — for about five months every year. (Yup, it’s not actually moving backward; it just looks like it. Ditto with when Mercury is retrograde.)

When moving direct (when it’s not retrograde), Uranus has an awakening, shakeup-bringing effect on external matters. For example, say it’s in your fourth house of home life; you could make a big move out of the blue, or switch up your approach to domestic ongoings and your relationships with family members. If it’s in your second house of material possessions and income, it could lead to a pivot in how you’re bringing in cash.

But when Uranus is retrograde, which occurs annually for five months, all of that game-changing energy manifests in a far more internal way. Like Mercury retrograde, it’s a time when you can reflect, revise, and gain clarity around the changes that are happening — or that you want to make happen — in whatever area of life Uranus is shaking up. Uranus retrograde can feel like a cooldown period where you might even have more objectivity than you would otherwise, making it easier to capitalise on the ingenuity the planet offers up.

If it’s in your fourth house, you could think in a more rational way about what a big move might look like, all the nuts and bolts of actually making it happen, and — perhaps most importantly — the why behind starting a new chapter. If it’s in your second house, you might rethink your values, what drives you financially, and how you can overhaul your moneymaking plan so that it better reflects what’s in your heart. Given Uranus’ terrain, this period could feel exceptionally creative, eye-opening, and empowering, as you’ll be inspired to embrace any wake-up calls the planet has presented. (To see which house Uranus retrograde is happening in for you, you’ll need to get a natal chart reading or generate one using a website such as Cafe Astrology. Then see which — if any — houses Taurus rules for you.)

What to Know About 2021’s Uranus Retrograde

In order to get a sense of what Uranus retrograde will bring, it bears noting where it’s been. The planet of rebellion moved into grounded fixed earth sign Taurus on March 6, 2019, where it remains until 2026. And this year, specifically, it has been in an ongoing face-off with Saturn, the planet of hard work, boundaries, and restrictions, currently moving through fixed air sign Aquarius. They squared one another exactly on February 17 and June 14 and have one more coming up on December 24.

Now, from August 19 to January 18, 2022, the “awakener” planet moves backwards from 14 degrees Taurus to 10 degrees Taurus, right around where it was when it kicked off its last retrograde in August 2020. So if it feels like we’re retreading a lot of the same themes we dealt with around this time last year — for instance, the struggle between progressive and conservative, the push for more game-changing science in a pandemic, a shifting economy, etc. — it’s because we are.

And because the retrograde is occurring in Taurus, you can expect more internalising and reflection about large-scale overhauls within the areas of life that the Venus-ruled earth sign oversees: money, security, material possessions, values.

A few days when you might feel the Uranus retrograde energy more than others:

August 20: Mercury, the planet of communication, in Virgo forms a harmonising trine to Uranus, spurring out-of-the-box, inspired thinking and conversations.

August 21: Mars, the planet of action, in Virgo forms a positive trine to Uranus, and you could be fired up to let your freak flag fly.

September 6: The new moon in Virgo gets an infusion of excitement and rebellious energy, thanks to a lovely trine from Uranus. Now you can set powerful intentions that are uniquely your own.

November 4: The new moon in Scorpio opposes Uranus, and if you’re resisting change — especially within intimate relationships — this tense moment could force the issue.

December 24: The third and final square between Uranus and Saturn happens on Christmas Eve. Any situation in which a push to maintain the status quo has been clashing with a desire to strike out on your own could reach a fever pitch.

The Signs That Will Be Most Affected by Uranus Retrograde

Although every sign could feel the taskmaster planet’s backward turn, those born while the sun was in Taurus — from April 20 to May 20 — or with personal planets (the sun, moon, Mercury, Venus, or Mars) in the sign of the Bull (something you can learn from your natal chart) will feel this retrograde more than most.

If you want to get even more specific, check to see if you have a personal planet that falls within five degrees of where Uranus stations retrograde and direct (14 degrees Taurus and 10 degrees Taurus). If so, you’ll be extra compelled to explore moving in a whole new, eye-opening, enlightening direction.

The word retrograde tends to come with a lot of gloomy baggage, but whether we’re talking about Uranus, Mercury, or any celestial body, but it’s really just an opportunity to slow down and reflect on the themes that the planet in question covers. And in some cases, such as with Uranus, which when moving direct tends to create chaos, retrogrades actually serve as a respite from freneticism and make it possible to harness the planet’s energy in a more productive way.

It’s also crucial to remember that Uranus is retrograde for nearly half of the year every year, so this is just our annual opportunity to go back to the drawing board and gain clarity around big-picture change. Although Uranus’ quirky, inventive, spontaneous, and change-bringing nature clashes with Taurus’ slow, steady, grounded vibe, the rebellious planet’s retrogrades in the sign allow the reframing of ideas, patterns, and perspectives that could be so tried-and-true that they’re no longer serving you. And by January, you could be ready to create major change that goes well beyond typical New Year’s resolutions.

Maressa Brown is a writer and astrologer with more than 15 years of experience. In addition to being Shape‘s resident astrologer, she contributes to InStyle, Parents, Astrology.com and more. Follow her Instagram and Twitter at @MaressaSylvie.

This story first appeared on www.shape.com

Shape and the Shape Logo are registered trademarks of Meredith Corporation. Used under License.

The post Uranus Retrograde 2021 Will Challenge You to Change Your Perspective — and Then, Your Life appeared first on Prestige Online – Thailand.

In Conversation with Onnalin “Onn” Lojanagosin of Seasons of Living