KUALA LUMPUR, Jan 6 — University of Malaya’s (UM) annual Human Anatomy Expo is open to the public for the first time ever until tomorrow (January 7) at its Human Anatomy Lab.

One of the main attractions is a 45-year-old preserved human head that had been cut in half and preserved for study. The facial hair on the head still looks as fresh as the day the body was brought in.

Dr Intan Suhana, head of UM’s Department of Anatomy, told Malay Mail the university wanted to have an open expo for the first time to educate the public on human anatomy, raise some awareness and get kids interested in science and the medical field.

“We felt it was time to organise something fun like this. We had been doing it for several years, but this time, it had to be open to the public as there is so much to see and learn.

“We have exhibition booths, and real cadavers that have been preserved and being used for study that you can see and touch.

“We will also be playing videos and we have a dark room for the special exhibit,” Dr Siti told Malay Mail when met at the expo today. 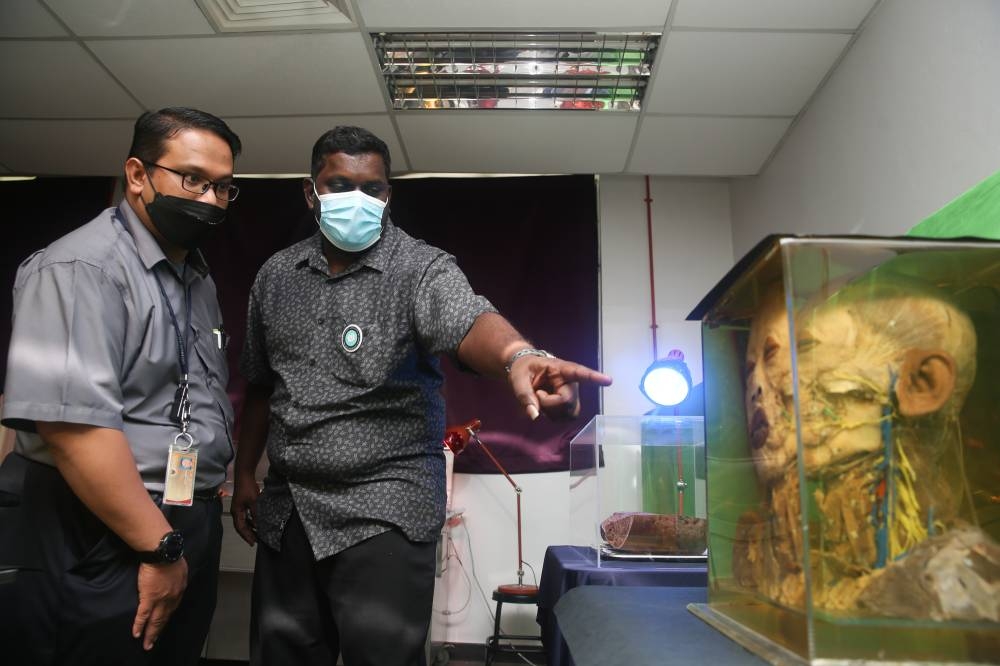 The 45-year-old human head is inside this dark room along with a cadaver that has had its brain removed through surgery and kept for study in jars.

Among the things that visitors can expect to see at the anatomy expo are the growth stages of a human baby, and a spine, chest and upper limbs exhibit showcasing preserved human limbs with their veins and muscle viscosity still intact.

There are also two microscopes at the microscopic anatomy booth through which you can view tissue samples from different parts of the human body such as the arm, torso, penis, cervix and spine.

There are also preserved human brains on display, some cut in half to show what they look like on the inside, and a booth on the history of anatomy medicine.

In addition, visitors can also see and touch several cadavers preserved through the plastination process, watch dissection videos, check out the latest technology used in the study of human anatomy, take pictures at the photobooth, and buy books on sale.

Dr Siti Rosmani, director of the expo, said it was also organising a body donation drive where you can pledge to donate your organs for study after death.

“In Malaysia, it’s difficult to get cadavers for study so they have to be purchased and it is expensive. Good parts that can last a long time can cost in the hundreds of thousands of ringgit, some reaching millions. 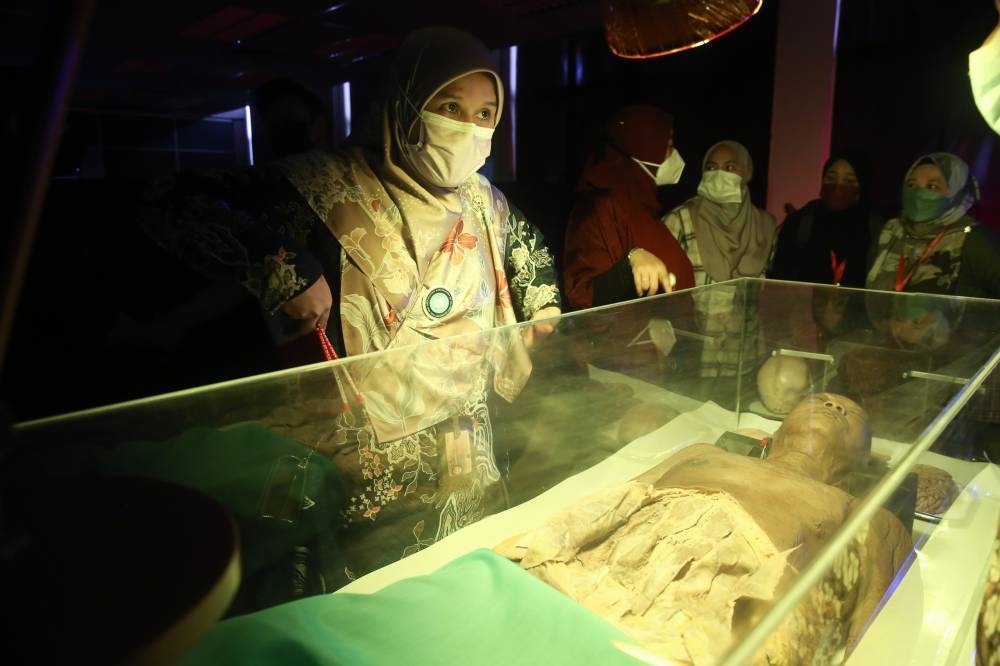 “Companies have to outsource the cadavers and parts, and some come from overseas like Taiwan. Not only that, Malaysia is predominantly a Muslim country and people aren’t so keen on having their loved ones’ bodies used for science. With this drive, we hope to get more pledges,” she said.

Dr Siti was also the one who showed Malay Mail the 45-year-old preserved head, adding that it was one of the best samples they had.

Apart from that, visitors can also participate in games and quizzes that will be held a the expo for prizes.

Entrance fees are RM30 for non-students, RM20 for students and RM5 for UM staff and students.

The expo opens at 10am and ends at 4.30pm. Ample parking space is available followed by a short walk to the faculty.

For more information, call 011-40598674 or email [email protected] or check them out on Instagram at @umanatomi.