Hong Kong is one of the world’s most exciting culinary capitals, where good food is more than abundant. In that light, we’ve put together a few of our tastiest tidbits and most memorable morsels that are worth tracking down to try. 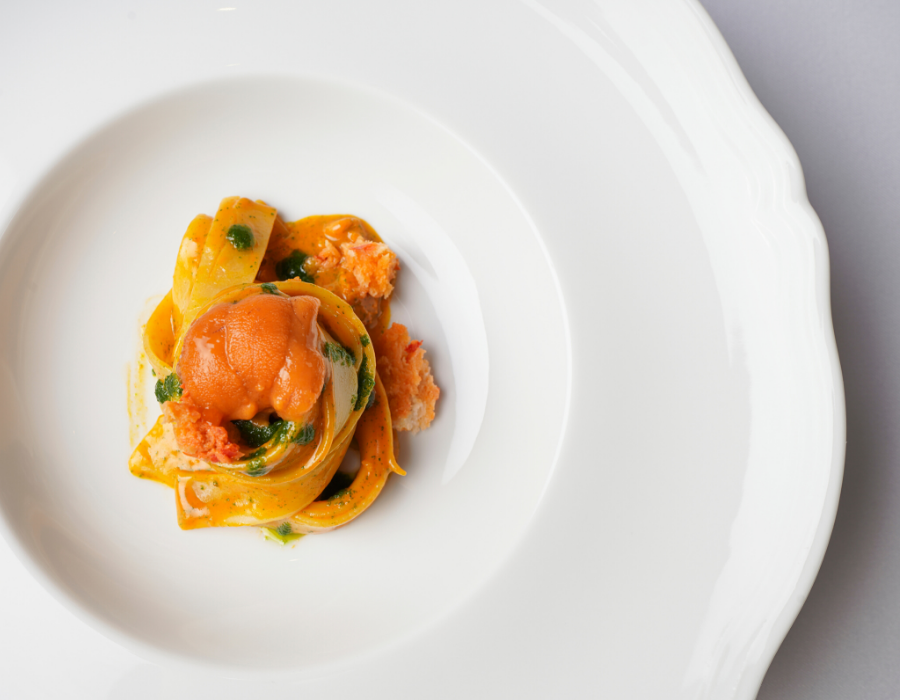 In a new seasonal menu, titled ‘Castellana Tour of Italy’, a series of dishes are presented to celebrate Piedmont cuisine in a new light; many of which combine top ingredients sourced from around the world. On this occasion, we sampled Tagliatelle ai ricci di mare which puts together homemade tagliatelle, cooked perfectly al dente, with Japanese sea urchin enhanced by a squeeze of fresh lime and spicy olive oil, cherry tomatoes and basil. The result is luscious and creamy, but not overly rich: an indulgent pasta dish that was enjoyable to the last bite. It’s always a joy to revisit two-Michelin-starred restaurant Arbor and savour chef Eric Räty’s innovative cuisine. This season brought with it a wealth of dishes that once again, honours the natural flavours of its produce. Case in point is the Roasted Brittany pigeon. In a wonderfully flavourful dish, the breast meat is crusted with Okinawan sugar and Sichuan peppercorns. It’s then paired with an assortment of mushrooms which include a peppered onion chutney-stuffed morel, meaty maitake and its puree, seaweed soy chutney with truffle, and a pigeon jus infused with fermented enoki mushroom juice. It’s also served with a pigeon leg on-the-bone and pickled burdock. If you have yet to visit one-Michelin-starred Restaurant Petrus at Island Shangri-La since Chef Uwe Opocensky joined, now is the time to do so. The seasonal menu, also driven by Head Chef Bjoern Alexander, is ripe with the very best ingredients of the season and focuses on organic produce too. The new favourite is the Lobster aged in bone marrow on rice served with a broad bean chawanmushi. Warming and moreish, the dish holds a balance of savoury and sweet notes from the seafood with touches of freshness and texture throughout. 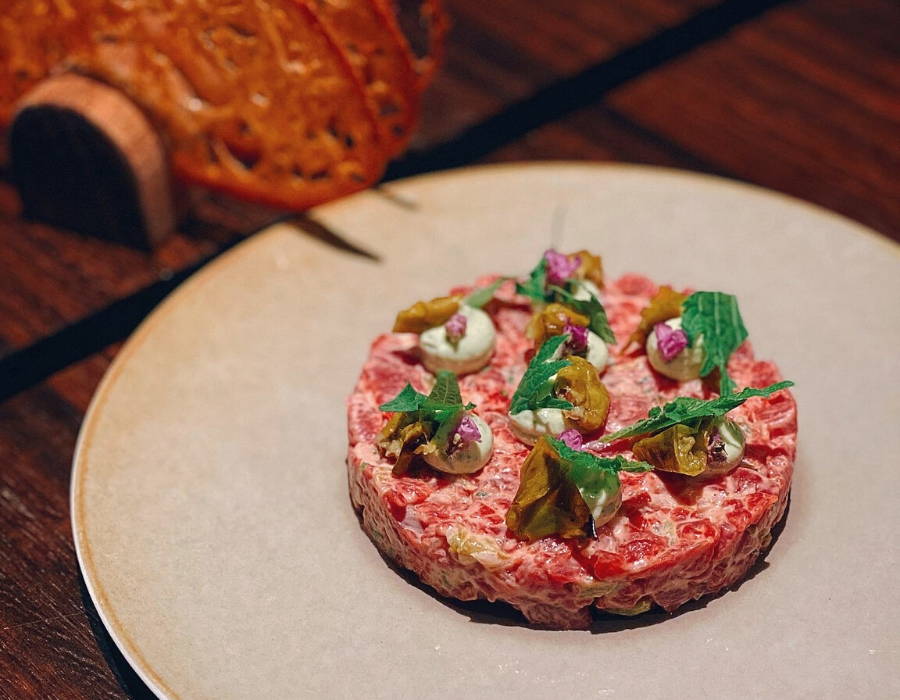 The Landmark Mandarin Oriental’s wine and sake led restaurant does it again with their classic menu accented with modernity. Take the beef tartare; the popular appetiser that uses fresh beef with both crunchy and creamy components. At Somm, the beef used is the free-range and grass-fed Polmard heritage cattle, known for its deep and rich flavours. It’s paired with the piquancy of shishito peppers, which add a slight kick, before it’s grounded with velvety shiso mayonnaise. It’s best enjoyed on top of sourdough shavings for added crunch. During a recent lunch at The Ritz-Carlton’s two-Michelin-starred Cantonese restaurant Tin Lung Heen, we enjoyed the dim sum and barbecued Iberian pork with honey signatures. However, the highlight this time was the unassuming double boiled soup. Filled with the rich essence of chicken and nourishing fish maw, the soul-soothing soup receives the maximum extraction of flavour from the sweet and aromatic baby coconut. A must order if you enjoy soups, and one worth going up to the 102nd floor for.