The rise and fall of global steel baron Sanjeev Gupta

Lionel Barber is former editor of the Financial Times. He is author of “The Powerful and the Damned: Private Diaries in Turbulent Times.”

In his heyday, Sanjeev Gupta was renowned as “the savior of steel.” The Indian-born British businessman cast himself as the scrappy outsider on a mission to rescue dying industrial communities, from South Wales to South Australia.

Thanks in part to generous government subsidies, Gupta, 49, built a steel and commodities empire that would eventually span four continents, employing 30,000 people and generating revenues of more than $20 billion. From his tax-friendly base in Dubai, the Cambridge University graduate and trader appeared to have succeeded where many others — with the exception of low-cost Chinese producers — had failed.

But this month, Gupta’s GFG Alliance, an opaque collection of businesses including Liberty Steel, Britain’s third-largest producer, is tottering on the brink of collapse. Britain’s Serious Fraud Office has opened an investigation into suspected fraudulent trading and money laundering. The would-be savior sounds more like the Pied Piper of Dubai, a trickster who has led many investors, governments and workers astray.

Gupta maintains he has done nothing wrong. He is simply the victim of calamity, starting with the coronavirus pandemic. COVID savaged demand for his steel business and undermined his main financial backer, Greensill Capital. With goodwill from creditors and governments, Gupta believes he can stage yet another rescue operation, this time on his own behalf.

The rise and fall of Sanjeev Gupta is a cautionary tale of global capitalism. In this case, old-fashioned engineering — steel production — met newfangled financial engineering via Greensill Capital. But there was also a fresh twist, with the sweet-talking steel magnate promising to turn struggling, carbon-intensive businesses into cleaner, energy-efficient operations fit for the 21st century. 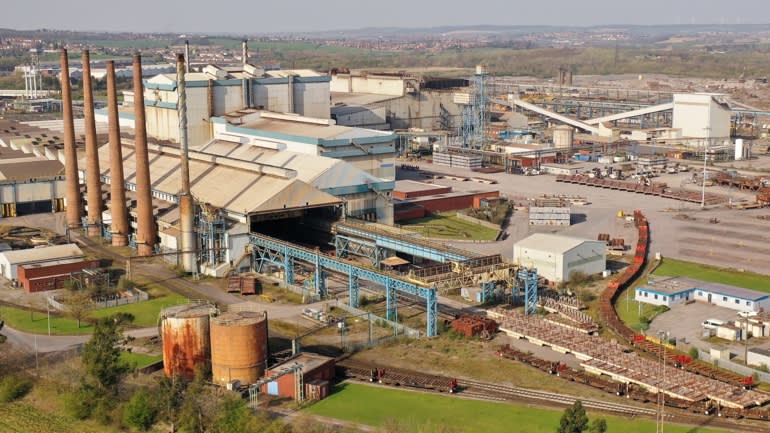 Gupta’s vision for “Green Steel” involved melting scrap steel in electric arc furnaces rather than using the traditional method of smelting iron ore with carbon in blast furnaces. He was less comfortable answering questions about the relationship between the web of companies comprising GFG, and why he established a startup U.K. retail bank — Wyelands — as part of his setup.

There were other cracks in the narrative. Far from being the feisty upstart, Gupta was born into an Indian business dynasty, growing up in the Punjabi city of Ludhiana, where his grandfather owned steel mills and his father, PK, built a business making Victor bicycles.

In the past six years, Gupta’s lifestyle turned ever more extravagant. He took ownership of a sprawling Welsh countryside estate, a colonial mansion in Sydney, and 114,000 acres (461 sq. km) in the Scottish Highlands, including the foothills of Ben Nevis, the highest mountain in the British Isles. Even as the financial foundations of his empire crumbled last year, he bought — in his wife’s name — a six-story mansion in London’s Belgravia, a coveted location, for the sum of 42 million pounds ($60 million).

How Gupta was able to finance these trophy assets remains unclear. His steel business certainly enjoyed a close relationship with Greensill whose backers included SoftBank and General Atlantic, the U.S.-based venture capital fund.

Neither SoftBank nor General Atlantic are in the business of supporting smokestack industries. Their interest in Greensill stemmed from its purportedly bulletproof business model based on supplying short-term finance to creditworthy businesses and governments, and then packaging the debts into short-term bonds. These were later sold to investors via specialist funds managed by Credit Suisse.

Greensill Capital has since collapsed. Its Australian parent is in liquidation and Credit Suisse is desperately trying to recoup funds, including from Gupta’s businesses. The U.K. and Australian governments are under pressure to provide rescue funds but are loath to sink millions into an opaque business where Gupta may be the biggest beneficiary.

From the wreckage, several lessons emerge.

First, Gupta’s New Deal for steel promised more than it delivered. He was heavily reliant on subsidies from local governments — Scotland, Wales, and South Australia — worried about job losses. And he was late on paying his bills. India’s Tata Steel, which struggled mightily to make a success of its U.K. steel business, recently sued three Gupta companies in the U.K. High court over the partial payment of 12.5 million pounds for his purchase of its special steel operations.

Second, the relationship between Gupta and Greensill was unusually close. Administrators for Greensill Capital have been unable to verify invoices underpinning loans to Gupta’s Liberty Commodities trading company, which borrowed hundreds of millions of dollars based on invoices.

It turns out that some invoices were based on “prospective receivables,” that is to say business confidently anticipated as opposed to conclusively consummated. Whether this “deferred payments” model suited Gupta or Greensill or both is unclear.

Third, while ostensibly independent, employees of the GFG Alliance were often coordinating audits and signing loan documents on their behalf. Shareholders and directorships were also interlinked through revolving doors, according to multiple reports in the Financial Times.

No doubt the Serious Fraud Office in London is probing these and other matters. Their record of successful prosecutions of late has been less than stellar. Gupta will be a test case.