Telemedicine gains no traction in Japan despite COVID surge 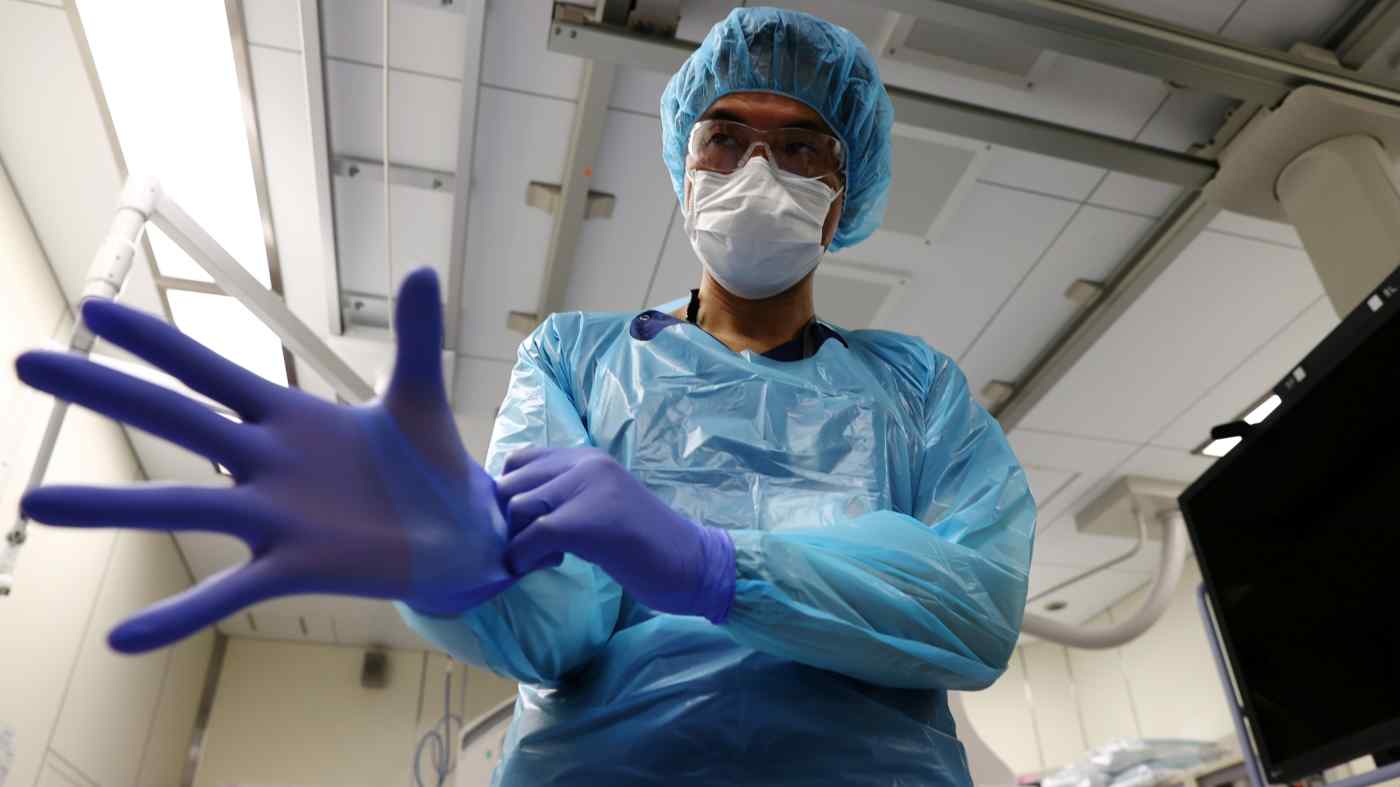 A doctor suits up in protective gear at a hospital in Tokyo. Japan this week extended its fourth coronavirus state of emergency.    © Reuters

TOKYO — Almost no doctors are seeing first-time patients online in Japan more than a year since the government greenlighted the option, Nikkei has learned, even as the health care system struggles to cope with the resurgence of coronavirus infections.

An average of 2,400 initial doctor appointments were conducted online per month across most of the country, according to data obtained by Nikkei from the health ministry, accounting for less than 0.1% of the total.

Among Tokyo, Osaka and nine other prefectures that were under a state of emergency during the period, there were a monthly average of 2.6 online initial sessions per 100,000 people. Even in Tochigi Prefecture, which topped the list, there were just seven per 100,000.

Japan began permitting doctors to hold initial consultations in April 2020. Still, “the online appointments are only available at some institutions, and have not been adopted widely,” said Hidetaka Inano, head of the Tochigi Medical Association.

Online appointments have struggled to gain ground in the following months as well. No such consultations occurred in Okinawa Prefecture between April and July, despite surging cases there. 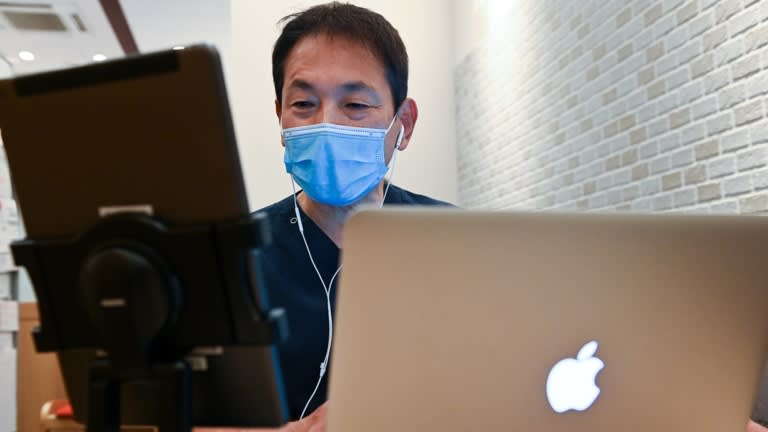 A doctor sees a patient online at a COVID-19 quarantine facility in Osaka. Many providers in Japan have been reluctant to embrace telemedicine.

Roughly 7,000, or 6%, of medical institutions nationwide offer remote care for first-time patients. Meanwhile, more than 70,000 people in Japan are now at home with the coronavirus, and doctors who conduct home visits have been stretched extremely thin.

Nevertheless, the Japan Medical Association has been reluctant on telemedicine, concerned that doctors could be sued for misdiagnoses or that footage from the appointments could be leaked. Many doctors also say online appointments require more work and are less informative than an in-person visit. In an effort to encourage more doctors to embrace the option, the government on Monday more than doubled compensation for remote care for coronavirus patients.

“There are many things we can do with a little creativity, like have patients show us their throat using their smartphone cameras,” said Tokyo-based doctor Kazushi Nomura, who began offering online appointments amid the pandemic.

Despite a slow start in Japan, telemedicine has surged in popularity overseas. Online doctor appointments are believed to have increased 30 times in the U.S. last year to 1 billion. In China, the Ping An Good Doctor online platform counts over 30 million monthly users.