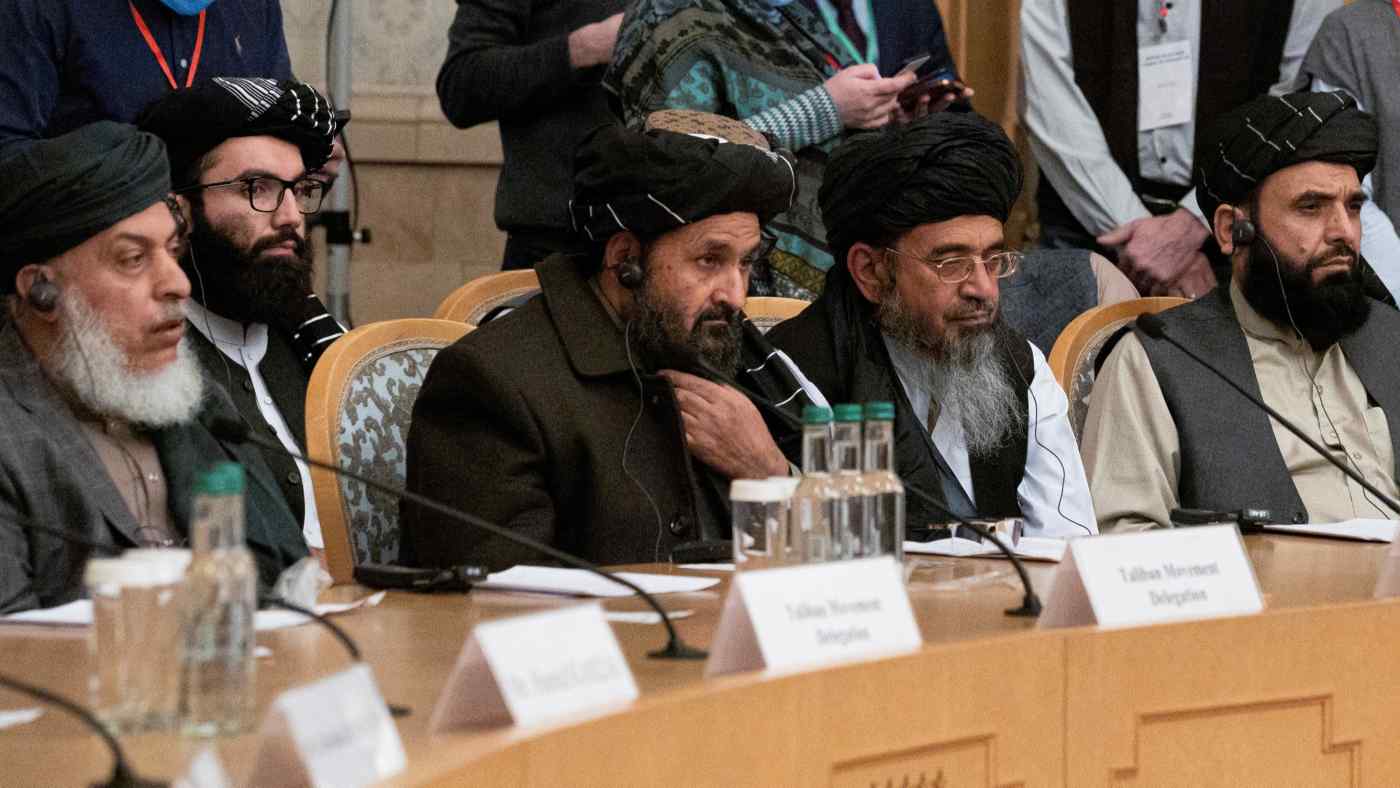 Taliban leaders at the Afghan peace conference in Moscow in March.   © Reuters

KABUL — The Taliban is preparing to form a new government as early as the beginning of September with its leaders taking posts in the cabinet, Nikkei Asia learned Thursday.

A senior Taliban leader who spoke to Nikkei on condition of anonymity said that the leadership council, or shura in Pashto, met recently at the presidential palace in Kabul. Two of three deputy chiefs of the organization, Mullah Yaqoob, a son of Taliban founder Mohammed Omar, and Sirajuddin Haqqani have been tasked with finalizing the list of the cabinet. One of the two is expected to assume the post of prime minister.

Almost all the 26 members of shura, except for “several old aged and sick members,” and others from outside the council will also be inducted into the cabinet, the source said.

Although the Taliban has repeatedly said it would seek a comprehensive government in Afghanistan, the source said that “there is no possibility of inducting officials from the previous government at the first phase.”

He said, “Our people have fought for 20 years. They are emotional and would not accept outsiders. It will take time to change the mentality of our people so that others could be accommodated.”

Women will also not be included in the first cabinet, but “this possibility can’t be ruled out in future,” he added.

The new regime will establish its defense troops by integrating its own fighters and the former Afghan National Army that has been fighting against the Taliban for decades, according to the source. Taliban leader Mullah Haibatullah Akhundzada in an undated photograph, posted on the group’s Twitter feed on May 25, 2016.   © Reuters

The new government’s announcement is likely to be made only after U.S. forces have completely withdrawn from Afghanistan.

“The shura decided that if the U.S. completes withdrawal by Aug. 31, there would be a strong possibility that Sheikh Hibatullah [Akhundzada, the supreme leader of the Taliban] emerges from hiding either Sept. 1, 2 or 3 to deliver a speech and announce formation of the cabinet,” the source said.

He added, “If he doesn’t appear, then he will nominate a senior Taliban leader to announce the policy.” After the formation of the cabinet, a new national flag and a new constitution will be drawn up on how to govern Afghan citizens, he said.

Moyuru Baba contributed to this report.

TSMC hikes chip prices up to 20% amid supply shortage

In rare move, Japan prepares to offer refuge to Afghans