KARACHI — The fall of Kabul to the Taliban is raising concerns globally that Afghanistan could become a breeding ground for violent extremists but some experts say that the new regime is likely to clamp down on Pakistani militants.

Analysts who know the region well say that the Pakistani Taliban, known as the Tehrik-e-Taliban Pakistan (TTP), and Baloch separatists could be reined in by the new Afghan regime.

Zabiullah Mujahid, the Taliban’s spokesman, said at his first news conference on Tuesday that the Taliban would not seek retribution against former soldiers and members of the Western-backed government, and insisted that “everyone is forgiven.” He also claimed that Afghanistan would not harbor anyone targeting other nations.

In response to the rapidly changing situation in Afghanistan, Pakistan’s cabinet held an emergency meeting of the National Security Committee on Monday. The Taliban were urged at the meeting “to respect the rule of law, protect the fundamental human rights of all Afghans and ensure that Afghan soil is not used by any terrorist organization against any country,” according to a statement issued by the government.

A source with close links to the Afghan Taliban, however, told Nikkei Asia on condition of anonymity that the Taliban will honor their commitment not to allow Afghanistan to become a launchpad for global terrorism. “The [Afghan] Taliban will ensure that the TTP and [Baloch separatist groups] do not operate from Afghanistan anymore,” said the source. He added that this might take some time, as the Taliban still needs to establish its writ in border areas.

Michael Kugelman, deputy director of the Asia program at the Wilson Center in Washington, told Nikkei that the emerging Taliban government in Afghanistan represents Pakistan’s ideal endgame: a pro-Pakistan government established without the use of force. He was referring to the virtually unopposed fall of Kabul and most provincial capitals, where Afghan National Defense Forces surrendered to the Taliban instead of putting up a fight. 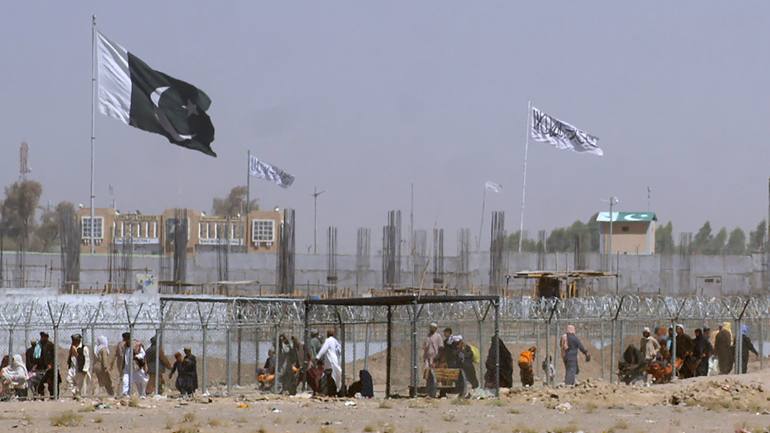 Pakistan and Taliban flags flutter in the breeze as people walk through a border checkpoint between Pakistan and Afghanistan, in Chaman, Pakistan, on Aug. 18.   © AP

Other experts also believe the Afghan Taliban will not allow the TTP to be a problem for Pakistan anymore. The TTP was founded in 2007 to enforce Shariah in Pakistan by carrying out acts of terrorism. Lately the TTP has changed its goals, declaring Pakistan’s tribal belt on the Afghan border an independent Islamic state.

Fakhar Kakakhel, an independent analyst specializing in militancy in Pakistan, believes most TTP fighters will simply join the Afghan Taliban and switch allegiance. “The recent release of TTP militants from different prisons in Afghanistan, and how they are welcomed, is a sign of such future strategy,” Kakakhel said.

Przemyslaw Lesinski, an Afghanistan expert at the War Studies University in Warsaw, said the Afghan Taliban government will not actively promote jihadist ideology in Pakistan. “If the new Kabul rulers want to maintain good relations with their neighbors, at some point they will have to curb at least part of the activities of the foreign fighters in Afghanistan, with the Pakistani Taliban among them,” he said.

Experts also believe Pakistan’s other militancy problem — violent Baloch separatism — will be discouraged by the Taliban regime. Baloch separatists have a waged a low-level insurgency in Pakistan since 2004 and have openly threatened China to halt Belt and Road projects in southwestern Balochistan Province. 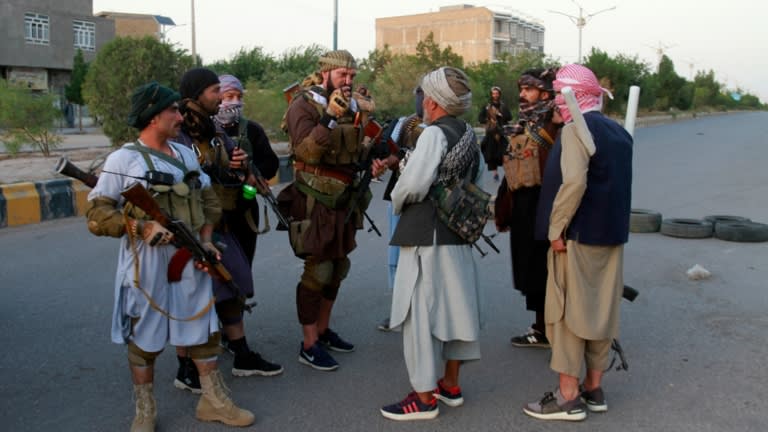 Militia loyal to a mujahideen commander talk after a skirmish between Taliban and Afghan security forces in Herat Province on Aug 6. Many Afghans blame Pakistan for the insurgents’ victory.   © AP

But while the change of regime in Kabul is a win for Pakistan in terms of its geostrategic interests, forcing the Taliban to act against the TTP and Baloch separatists will not be easy. Lesinski is of the view that, unfortunately for Islamabad, most of the leverage that it had over the Taliban is gone and that Pakistan will have to figure out how to apply pressure on the new Kabul government.

Kugelman argues Pakistan will face tough negotiations with the Taliban if wants them to deny space to the TTP. “The two Taliban groups may be different organizations with different goals and attack targets, but they’re cut from the same ideological cloth,” he said.