One man thought that by sharing his latest durian ‘surprise’ online, it might gross people out from their cravings.

But on the contrary, several netizens actually found it pretty ‘shiok’.

“Craving for durians? Skip if you can’t take gross,” he cheekily warned.

Describing it as a “durian season surprise”, the 22-second clip showed Ko’s family’s reacting after finding a worm slithering inside their durians.

“Whoa s*** go away. Take the whole thing (away)”, yelled his mother, while Ko was heard laughing off-camera.

But while the rest of his family were freaking out, Ko’s daughter remained unfazed while holding a durian seed.

With this TikTok video garnering over 160,000 views, several netizens felt that Ko’s family was “lucky” to be blessed with a worm in their durians.

“This means that durian is particularly good leh. Should find the untainted pieces to eat, sure shiok one,” a netizen said, while Ko felt repulsed by the thought of “eating worm eggs”. 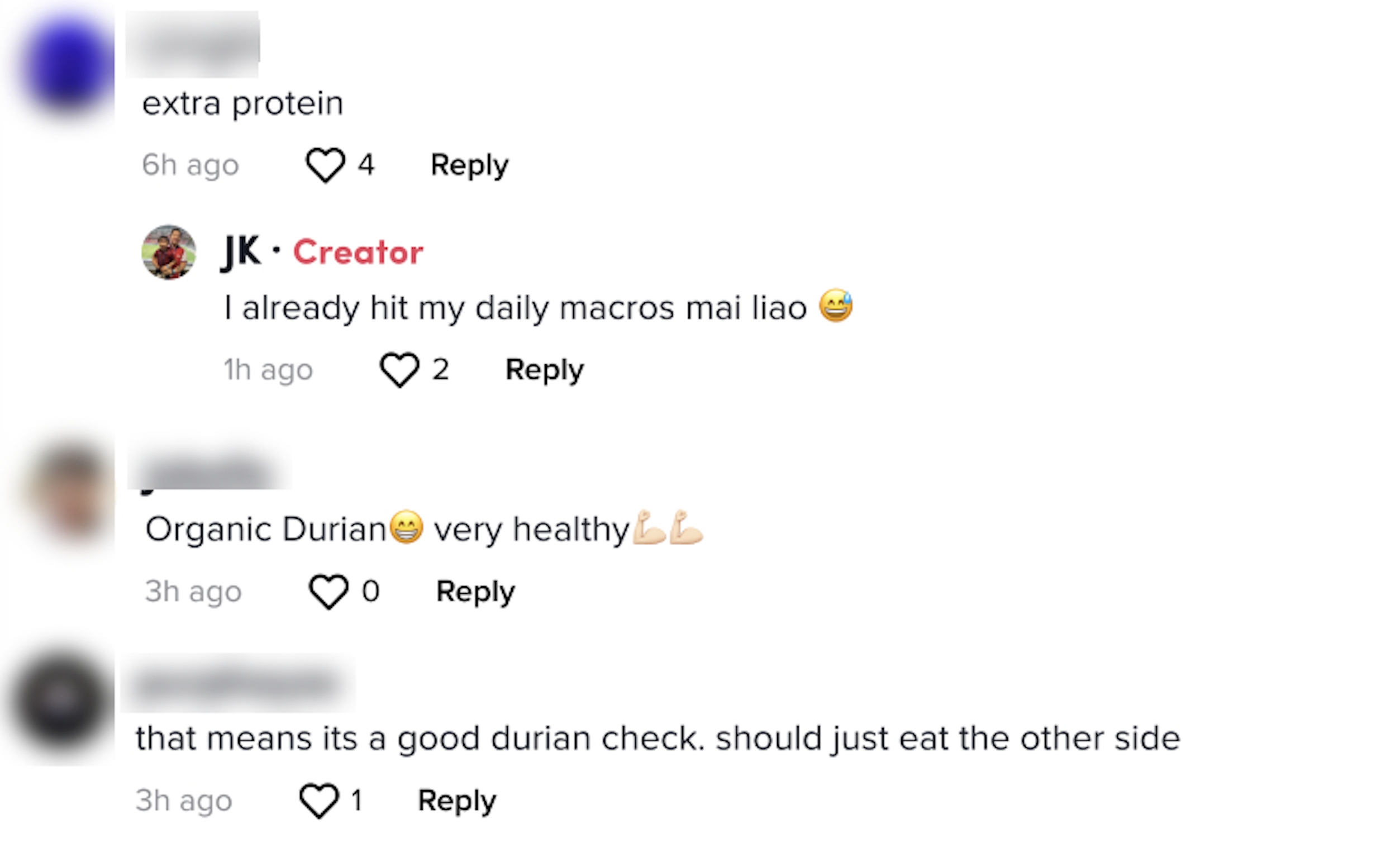 While it might sound gross, these maggots are actually more commonly found in durians than you might think.

Known as “Durian Fruit Borer”, these “worms” are actually caterpillars that live and feed on durians, according to Ah Seng Durian in a Facebook post shared last February.

“The unaffected part of the infested durians is usually tastier. We do have some customers who specifically request for [them],” the local durian stall said.

But if anything, finding worms in durians is better than prying open to an empty shell.

In a Facebook video shared early this month, a man in Malaysia allegedly paid RM117 (S$37) for a black thorn durian, only to find nothing inside.

Despite the disappointment of finding an empty shell, the man flashed a thumbs up on camera, while exclaiming “good”.

Timeline: Major flare-ups between Israel and Palestinians in Gaza