Sriracha Tiger Zoo puts its 11 elephants up for sale

Thailand’s famous Tiger Zoo, in Sriracha district of the eastern province of Chon Buri, is offering its 11 elephants for sale, after the zoo closed on April 30th due to financial issues caused by theCOVID-19 pandemic.

According to the zoo’s website, it is offering all 11 elephants,together with their caretakers, to anyone who is interested, saying that it is necessary to part with them, no matter how loved they are.

The zoo is asking for three million baht for each pachyderm, but says that the price is negotiable for the purchase of the whole herd, said a zoo official, adding that there has not yet been a single response.

An official at the Department of National Parks, Wildlife and Plant Conservation said, however, that the elephants could not be sold because they are a protected species and are on the CITES list of endangered species. 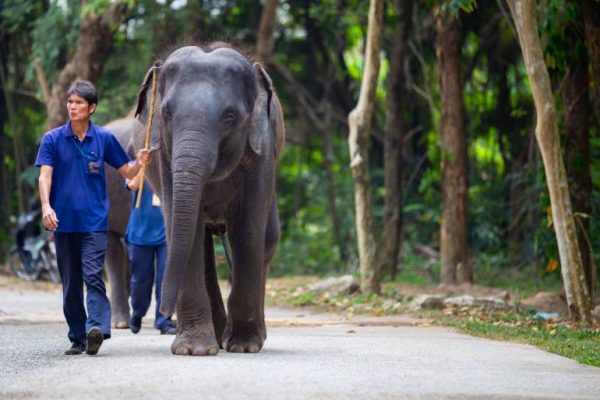 Citing the Thai law on protected species, he said that elephantscould be transferred between zoos, for the purposes of research, study or breeding.

He further explained that, if the zoo is closed for a year, the elephants must be sold to another zoo, otherwise the Department of National Parks, Wildlife and Plant Conservation is empowered to take the animals into care.

Asked what to do with the pachyderms, if there are no buyers, the official admitted that the department has no policy of helping private zoos, although it is concerned about the animals.

The Sriracha Tiger Zoo has been closed since April 30th, after more than 30 years in operation as a tourist attraction. It owns about 270 tigers, but most of them have aged and retired from exhibition activities.